There are many companies that are focused on making only one or two types of consumer products. But the emergence of folding screen smartphones made them change their mind. It seems one of them is HP. This company is among the leaders in the laptop market. But who says it can’t make a smartphone with this new form factor? Today, LetsGoDigital showed the HP foldable phone patent. This clearly indicates that HP may re-enter the smartphone market. 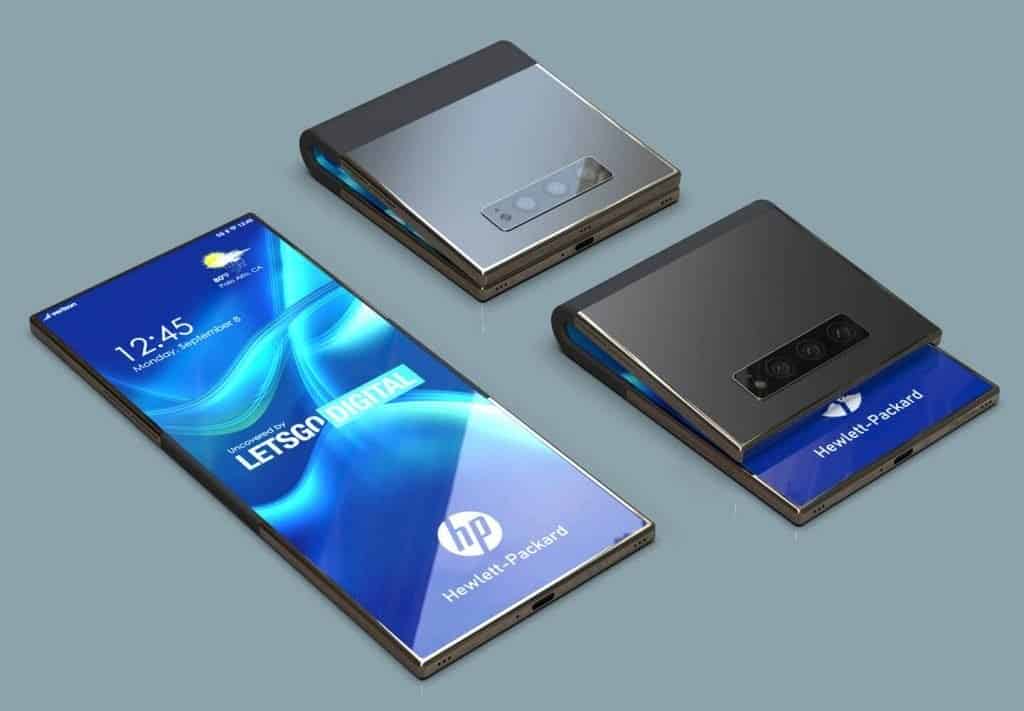 In February last year, HP applied for a patent with the World Intellectual Property Office. This HP foldable phone patent was approved on August 13, 2020. It describes a technology for applying flexible screens to mobile devices such as smartphones, tablets, or computers.

The patent shows a folding design similar to the Motorola Razr and Samsung Galaxy Z Flip. For a better understanding, LetsGoDigital has produced multiple renderings.

The size of the camera and screen is not explicitly mentioned in the patent. So these renderings are just created by LetsGoDigital in order to better show how the HP foldable phone will look if it goes on production ever.

Although similar to the folding method of the Samsung Galaxy Z Flip, HP describes it as ‘using a movable hinge that can be folded in different positions’ and is not limited to folding in half. At the same time, in order to prevent damage, HP hopes to use a stretchable structure that will become thicker as the pressure increases.

However, because the design is too advanced, this product is not expected to appear for a long time.

Instead, other major smartphone makers are actively working on their next-generation folding screen smartphones. Say, the much-suffered Huawei is said to develop the Mate X2. It is expected to have an inward folding mechanism unlike the predecessor and sport displays from both Samsung and BOE. The patent filed at EUIPO showed a similar form factor to the older Mate X and had a vertical sidebar with a secondary display. It also showed an inward folding display with a stylus tucked underneath the vertical housing on the side.

Its closest rival, Samsung, has already released the second-gen Galaxy Z Fold 2. The screen design of the Galaxy Z Fold 2 is basically similar to that of the first generation. Also, the screen can be turned outward. The screen and structure have been greatly improved.

There are a couple of other manufacturers working on folding screen smartphones. But only Motorola/Lenovo took it seriously and made a tough competition for the above two.

Previous Nvidia Intends to Finance the Acquisition of ARM