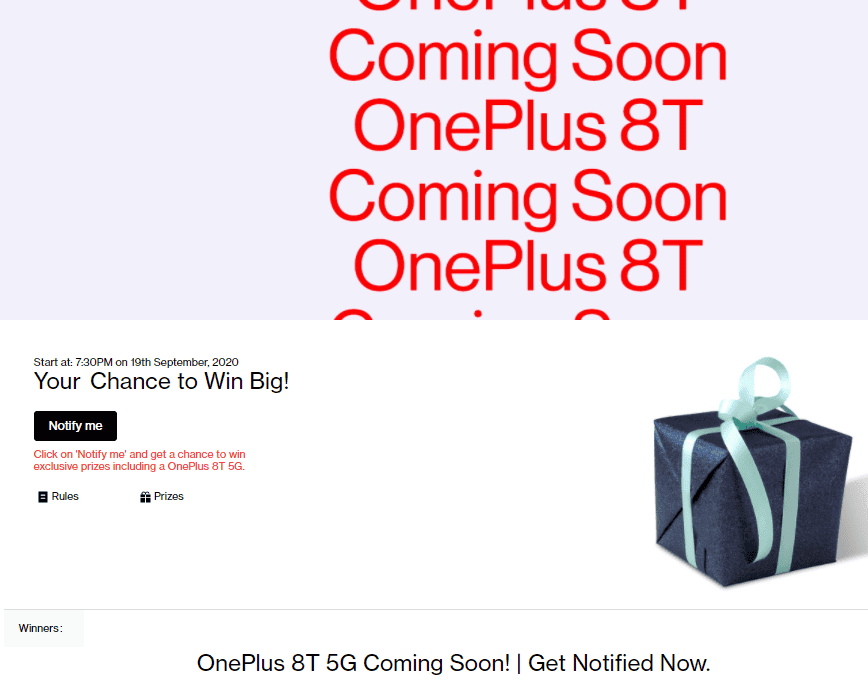 Last Saturday, a dedicated OnePlus 8T 5G page also appeared on OnePlus’ India website. This page is carrying out a promotion, and people can participate in a lucky draw to win the upcoming flagship phone. The page also includes a trailer for OnePlus 8T 5G, starring OnePlus brand ambassador Robert Downey Jr. This page currently includes a “Notify Me” button with which users can win exclusive prizes. Currently, OnePlus only promotes the OnePlus 8T 5G conference in India. Amazon India will sell this phone and set up a special page to announce its upcoming launch. 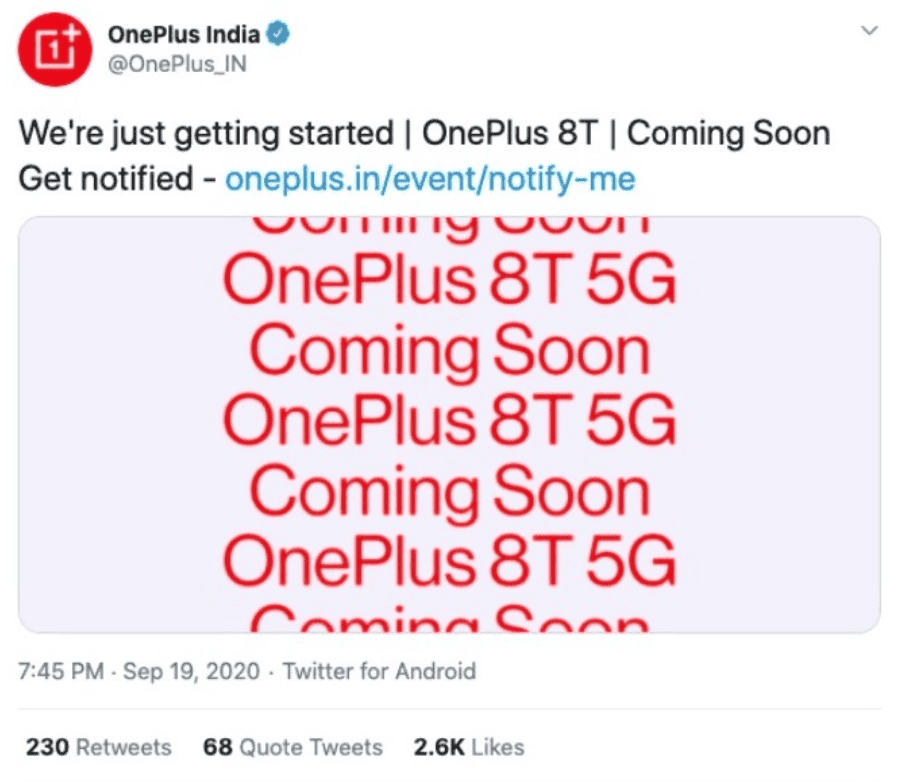 The OnePlus’ T-series phones usually bring a small upgrade to OnePlus’ flagship phones launched in the first half of the year. However, OnePlus 8T 5G is expected to add some design changes to the series. For example, the leaked mobile phone rendering shows that the back of this phone will use a heavy camera module similar to the Galaxy S20. According to reports, this phone will also support 65W fast charging, while the OnePlus 8 Pro is 30W.

The front of the OnePlus 8T 5G phone may use the same 6.55-inch display as the OnePlus 8, but the refresh rate is 120Hz. It is reported that a punch hole on the front will accommodate a 32-megapixel selfie lens. On the rear, it will have a quad camera setup. The actual configuration will include 48MP + 16MP + 5MP + 2MP. OnePlus 8T 5G is expected to run on the Snapdragon 865 chipset. There have been rumors that this phone will not use the upgraded Snapdragon 865 Plus. However, the trailer released by OnePlus emphasizes speed, so there is still hope for OnePlus 8T 5G to come with the Snapdragon 865 Plus.