During today’s Huawei Full Connect Conference 2020, the Chinese manufacturer announced that it will launch commercial desktops within this year. There have been speculations that Huawei will release commercial desktop computers this year. Now, there is an official confirmation that this will certainly happen. According to reports, Huawei desktop computer comes with a Chinese chip – Kunpeng 920 processor. It will have up to 8GB DDR4-2666 of RAM and 256GB SSD solid-state drive. This device will also AMD Radeon R7 430 discrete graphics card, 180W power supply, and an internal operating system. 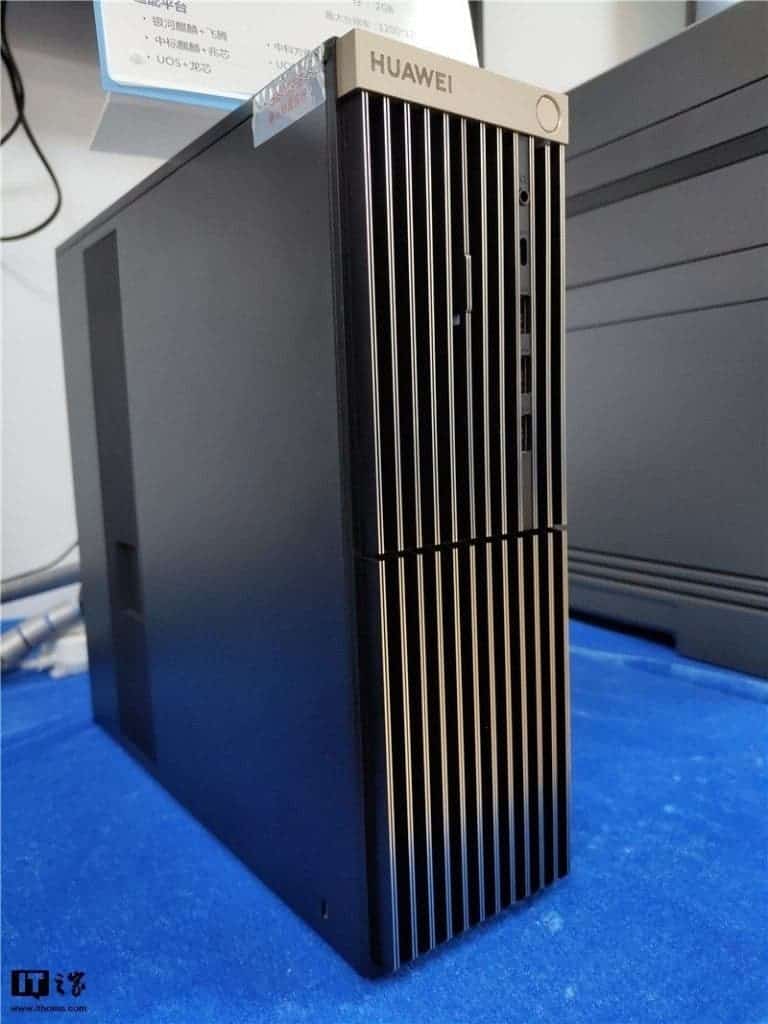 Earlier, Huawei showed a chip on its developer’s official website, but the product name is “Qingyun W510”. It is still uncertain whether it is the same as this product. It is possible that Qingyun is the internal code name of the chip while Kunpeng is the official name.

According to the Huawei’s schedule, its desktops and servers are all based on Huawei chips. These chips are almost entirely Chinese technology. It is expected that the production capacity of servers will be 100,000 and 600,000 desktops within the year. If the development goes smoothly, Huawei servers and desktops will grow steadily. There are expectations that both servers and desktops will have a production capacity of 300,000 and 5 million respectively, within three years.

As early as September last year at the Full Connect Conference, Huawei launched the Kunpeng 920 desktop motherboard. It is compatible with a mainstream memory, hard drives, network cards, and other hardware devices. And the company has launched corresponding desktop products, but initially only for corporate customers.

Next iPhone 12 Mini To Use Under-Powered "B14 Chipset"