The first Android smartphone was the HTC Dream. A decade early, the company was popular in the field. However, they have been hibernating for some years now. Finally there is good news for the fans. HTC has filed a patent of a foldable smartphone and they might make a come-back to the smartphone market soon enough.

The patent was filed back in 2019 with the help of WIPO (World Intellectual Property Office). And in August 2020 it was published. Thanks to the LetsGoDigital report, we have the complete patent details. The patent shows not only the device but how the company plans the folding mechanism.

Here is the HTC foldable smartphone 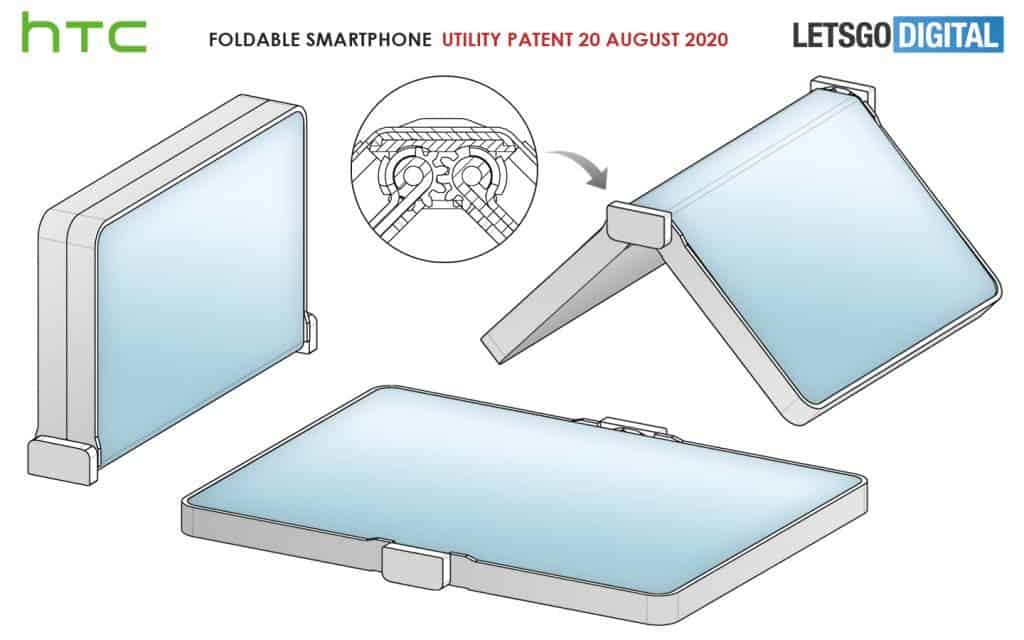 First of all, this is different than most of the other foldable smartphones. What makes it different is its folding. Unlike other popular foldable phones like Moto Razr, the HTC’s foldable phone tends to fold outward. Most of the foldable devices folds inwards that make it a pocket sized phone however the HTC has other plans heere. This basically shows that the rear of the device might not have additional screen as the rear will be covered by the front when folded.

Secondly, it will be less durable. A foldable phone is more secure when it is folded inwards rather outwards. And hence HTC is going to take special pre-cautions here. However, the device will look much cleaner as well as eye-catching.  The patent gives us a good idea on how the company plans the folding mechanism. The patent clearly shows a bold visible mechanism area that looks solid. 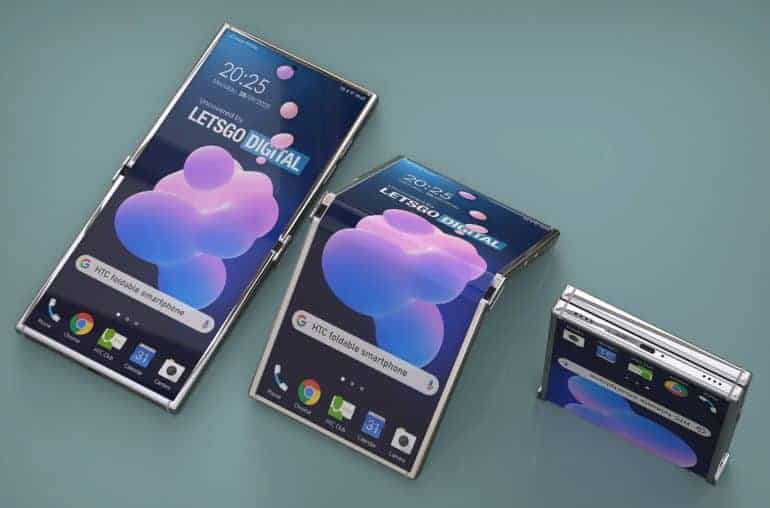 The CEO of HTC plans for their mobile business to grow profitable by 2025. Well, if thats the case then HTC will have to go full-in. What does that mean? Well, as you know currently the smartphone market is in three categories: Budget Phones, Mid-Range And Flagships. Chinese companies have left no place free in the budget and mid-range market. Whereas, for the flagship there are now multiple tech giants producing exclllent products like Samsung.

However, it might be the best for HTC to re-launch with the new trending products like this foldable. As you know, one of the popular foldable phones are from Huawei called the Mate X series. But since now they do not have permission to use Google services and operate in the US, HTC can take it as a oppurtunity. What are your opinions about HTC’s come-back? Let us know in the comments section below!