Just like with most Chinese smartphone makers, Realme started off with its budget devices and then soon forayed into multiple markets. The company now offers smart televisions called Realme TV in two screen sizes namely 32-inch and 43-inch. Well, the brand is expected to launch a new television dubbed Realme TV 55-inch in the Indian market. Ahead of the official launch, we now know the pricing information thanks to a new leak. 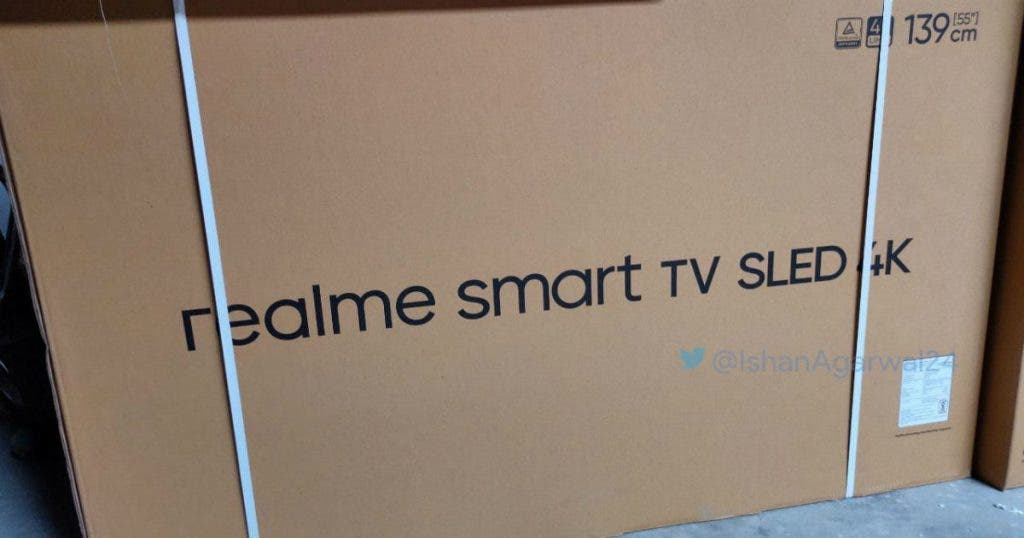 Ishan Agarwal, a notable tipster from India, has shared few images of the packaging box of the television. In a bigger image, you can clearly see the Realme Smart TV sLED 4K written on the box along with 55-inch screen size on the top-right corner. The other image zooms into the product information sticker revealing the Indian pricing. 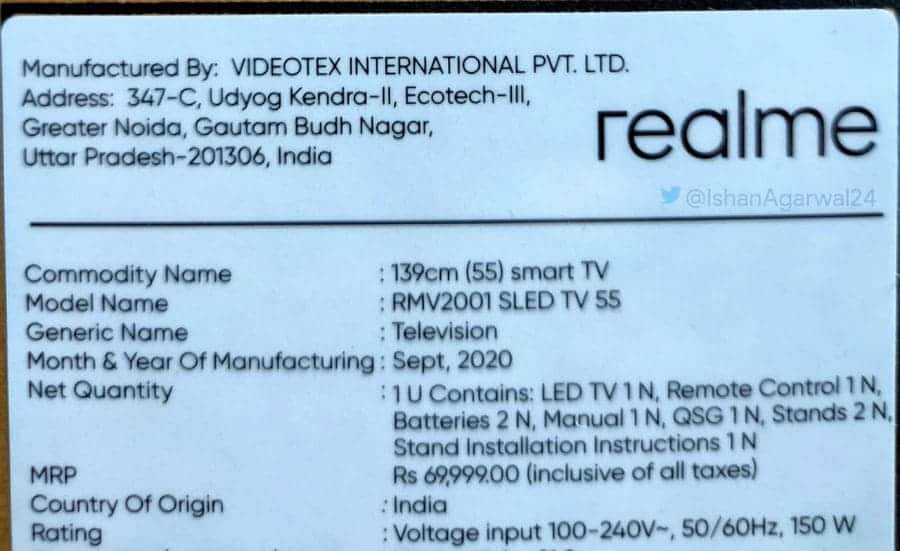 As you can see in the image, the Realme TV 55-inch arrives with a price tag of INR 69,999 (i.e. $948). It is worth noting that we’re looking at an MRP meaning the actual selling price would be lower. The sticker also reveals the box-content. We’re looking at the television itself, remote control, batteries, stands, and an instruction manual.

I have some interesting updates about our upcoming launch for you all & I am sure it will make your lives much cooler with the most stunning visuals ever. Stay tuned for the next #AskMadhav episode. pic.twitter.com/m7RPky3PSZ

Furthermore, the television is being manufactured in Noida, India making it a ‘Made in India’ product. To recall, Realme TV 55-inch will make use of all-new SLED screen technology and has a 4K resolution. The television will offer an ultra-wide color gamut and super eye care with reduced blue light. This is not the first time we’re hearing about the television. In fact, a couple of days ago,  Realme India’s CEO Madhav Seth teased the product on its official Twitter account.

At the time of writing this, we don’t have any other information on the product. To recall, the already available televisions run on Android TV OS and comes with Google Assistant, Chromecast support, and Play Store for downloading apps. Realme TV supports all the popular OTT apps such as Netflix, Prime Video, and more. Under the hood, they are powered by MediaTek chipset with quad speakers and hands-free voice control.

Sadly, there is no concrete launch date of the upcoming Realme TV 55-inch model. We are expecting more information to surface on the web soon. The television should see its official launch somewhere in the month of October in the country. If that’s the case, then Realme might start to tease the launch soon.