We already know that Samsung will launch its One UI 3.0 software based on the latest Android 11 for the Galaxy S20 lineup. We first heard about the Android 11 update back in July and soon after, Samsung opened the pre-beta testing phase for the software. Well, it looks like the public beta of the software will commence soon. One of the community managers has revealed an update on the upcoming One UI 3.0 software on the Samsung Members app.

One UI 3.0 for the Galaxy S20 lineup will arrive soon! 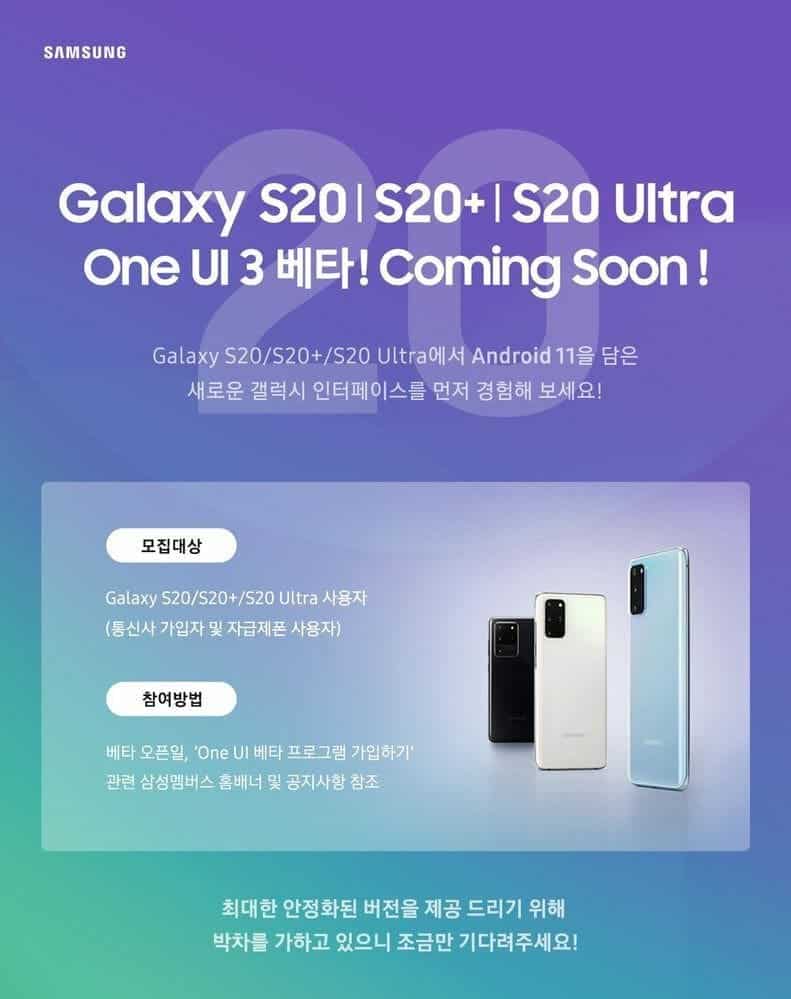 According to the post, the all-new One UI 3.0 beta testing will soon kick-off for the Galaxy S20, S20+, and S20 Ultra. As expected, the beta phase will first kickstart in South Korea and might then make its way to more regions such as Germany, India, and the US. Interested device users can also apply for beta testing via the Samsung Members app. It is worth noting that there is no concrete timeline for when the public beta testing will commence.

Whenever that will happen, users will be notified via the Samsung Members app. Furthermore, we will also make sure to keep our readers updated. After the Galaxy S20 trio, the beta testing will be available for Galaxy Note 20 series and soon more devices will follow the suit. We are expecting a more concrete timeline from the brand in the coming days.

If you’re wondering what the all-new One UI 3.0 software will bring to the table, then here’s what you will be getting. The new software update based on Android 11 will bring camera improvements meaning better autofocus and stabilization. These camera improvements are much needed for the Galaxy S20 lineup. Samsung will also implement the trash bin feature to the Messages app. Furthermore, we will also see call screen customization with the new software.

There is a small addition in Digital Wellbeing by adding weekly trends and two new profiles namely work and personal. Other additions include the ability to add a widget to the home screen by long pressing on the app’s icon. Finally, users will be able to lock the screen by double-tapping on an empty area on the home screen. Apart from this, there are numerous other additions as well that we will come to know when the beta phase will kickstart.

Previous Here Is The Truth Behind OPPO A93 Launching In Malaysia