Samsung and TSMC are the major chip manufacturers globally. However, TSMC is usually a step ahead of Samsung and the South Korean manufacturer has been playing catch up. According to recent reports, Samsung is working on its ne2 5nm chip. Recall that the performance of Exynos 990 did not meet expectations. Thus, the company is putting great efforts in the development of the new Exynos 2100. According to recent reports, the Galaxy S21 should launch the Exynos 2100 SoC. 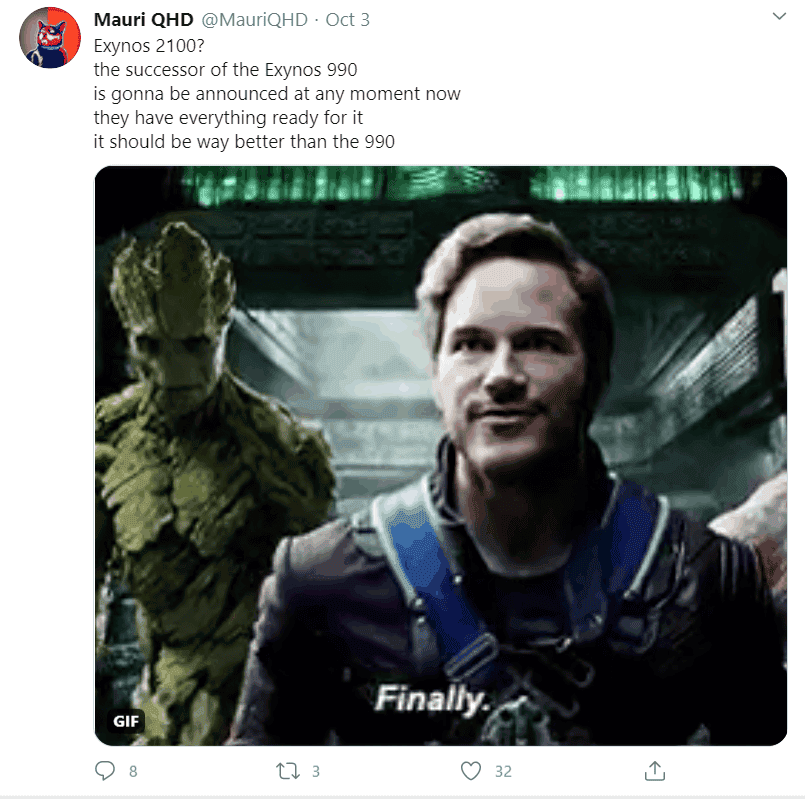 According to @MauriQHD, Exynos 2100 may also be called Exynos 1000. However, there is no official confirmation as to the exact nomenclature of this chip. Furthermore, @MauriQHD claims that Samsung already has all it needs for this chip. He said that Samsung executives are looking for the ideal time for the announcement. This means that the company is probably monitoring sales, speculations, and other indicators to confirm the best date for the official release. It will not be a surprise if Samsung chooses to “snap the limelight” with Qualcomm Snapdragon 875 conference. However, this chip will officially arrive in the next few weeks.

Although we do not know the details of the Exynos 2100 SoC, it promises to be way better than the Exynos 990. The Snapdragon 875 may be released during the annual Snapdragon Summit, which will be held in December. It is worth noting that the Exynos 2100 performed disappointingly during the initial performance test. We do not know the reason for its disappointing performance. It may be due to the lack of firmware or proper optimization. In all, if Samsung hopes to compete with TSMC, it has a lot of work to do.

Of course, Samsung’s goal is to surpass TSMC in terms of performance. Both companies have clearly different business models. While Samsung uses its chips on its own devices, TSMC does not make smartphones. The Taiwanese company also does not make chips in its name. It only makes chips for other companies like Qualcomm, HiSilicon, Apple Bionic, etc.

TSMC has the largest companies in the world in its supply chain. It has the funding for research and development of the most advanced processes. If Samsung hopes to be on par with TSMC, it needs a lot of investment. So far, a good chunk of chip makers prefers TSMC processes (7nm, 5nm, etc) to that of Samsung.

Next LG rollable smartphone may use a BOE display panel