LG is not as shining as it used to be, but the South Korean brand can still collect its portion of the market. You don’t have to go far for an example; just a couple of weeks ago, everyone was actively discussing the wild and incredibly interesting LG Wing.

According to a new leak, the Korean company will soon add another device to its list of relatively affordable 5G smartphones. It’s the new LG K92 is preparing to release.

As a reminder, back in August, LG unveiled the LG Q92, describing it as the first 5G budget Q-series smartphone. Now the South Korean giant can launch the LG K92 with a unique design.

A fresh render of the smartphone was published by the popular insider Evan Blass on a platform called Voice. The device will be sold by the company through Cricket Wireless stores in the US, he said. Unfortunately, the insider did not reveal anything about the characteristics of the smartphone. 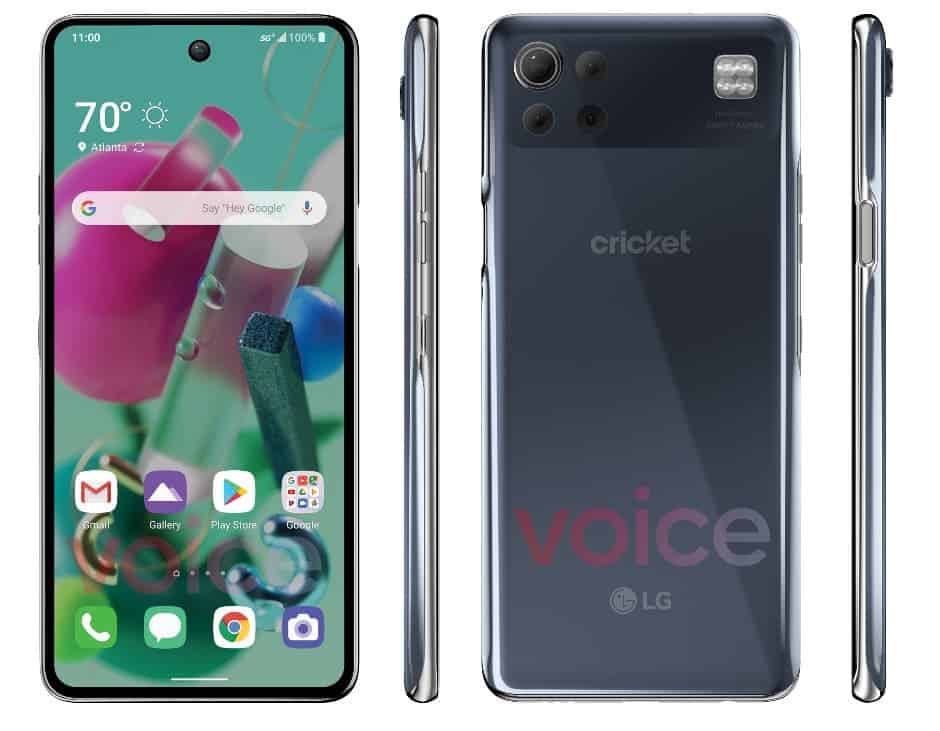 In any case, according to the render, it can be understood that the smartphone will have a 64 Megapixel main sensor installed in a block of four modules. Interestingly, the manufacturer has also provided the main camera with 4 flash LEDs.

You can also notice that LG is already following the trends outlined by Samsung. The color of the back cover will differ in tones. One is slightly lighter, the other is slightly darker. It is not yet known whether glass or plastic is waiting for us on the back of the smartphone.

I am glad that the new product will be equipped with a 3.5 mm mini-jack for headphones. We also see that on the left side there will be volume keys and a separate key for calling Google Assistant; and on the right, there will be a power button with a built-in fingerprint sensor.

The financial report for the second quarter of 2020 shows that LG has been significantly affected by the coronavirus epidemic. LG’s smartphone sales fell by 19% year-on-year. But after the supply chain stabilized and lock-in measures were loosened; it increased by 31% month-on-month, especially in markets such as the US and Europe. The launch of the LG Velvet also helped increase sales during this period.