As BBC reports, Amazon has released a new payment system for physical stores. Now, customers only need to shake their hands to complete the payment. Amazon said companies can use it for admission authentication. This new system, called ‘Amazon One’.

Also Read: Samsung Has Granted A Patent For Palmprint Authentication

It scans images of consumers’ palms. Consumers only need to wave their hands in mid-air for about a second to complete the payment. Amazon will first test it its two physical stores in Seattle, USA. 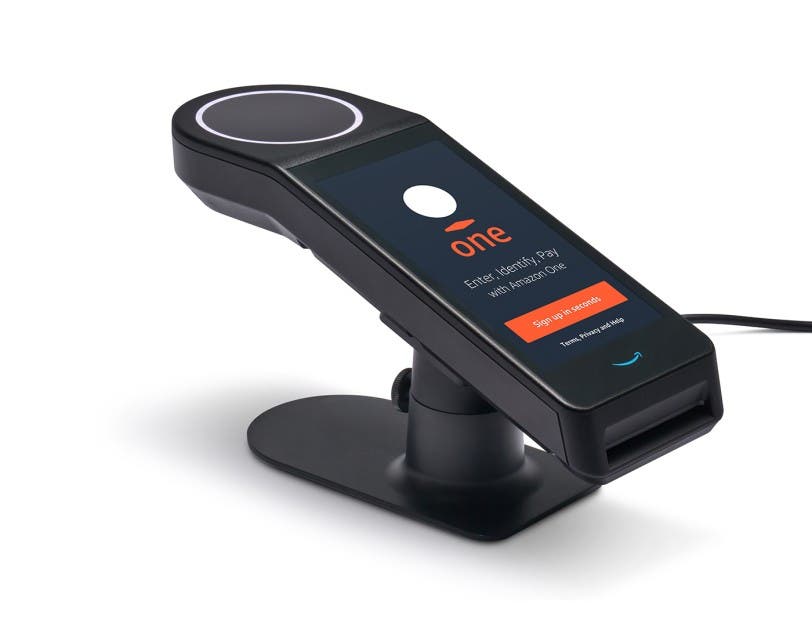 According to reports, in most retail stores, as long as there are relevant equipment at the checkout counter, ‘Amazon One’ can become an alternative method of payment or membership card swiping in the traditional sales system. At the same time, this system can also become an entry verification method in places similar to stadiums. Say, in some sense, it can replace the traditional method of swiping ID cards to check in and out.

Palm scanning is not a new technology, and it has been used for some commercial purposes. ‘Palm-based identification is based on capturing the vein patterns of the palm,’ explains Dr Basel Halak of the Electronics and Computer Science School at the University of Southampton. ‘These patterns are different for each finger and for each person, and as they are hidden underneath the skin’s surface, forgery is extremely difficult. In comparison with other form of identifiers such as physical devices, this form of biometric authentication is based on physical characteristics that stay constant throughout one’s lifetime and are more difficult to fake, change or steal.’

How Does Amazon One Work?

According to reports, registering for this type of palmprint recognition payment account does not require opening an Amazon account. Users only need to insert their bank card into the device. Then they should follow the instructions on the screen to associate their palmprints with the payment method. Amazon promises that the user’s palmprint information will not be stored in physical stores. They will be encoded and stored in the network cloud. Users can delete their information at any time through the website.

Amazon didn’t detail exactly how Amazon One will work, beyond saying it will use ‘custom-built algorithms and hardware’ and scan ‘distinct features on and below the surface’ of the hand. But one of the reasons it chose palm recognition was that it is ‘more private’ than some other options.

Next Samsung Galaxy S20 series has started to receive One UI 3.0 public beta