Attention of all the powerful smartwatch lovers is certainly directed towards the imminent launch of the KOSPET Prime 2 model. It should be officially out very soon and from all the already released info it looks very promising. But the waiting time doesn’t have to be unproductive, because you can already participate in the Lucky Draw event and secure a chance to get it for free. And what are the main selling points of this interesting new smartwatch model ? 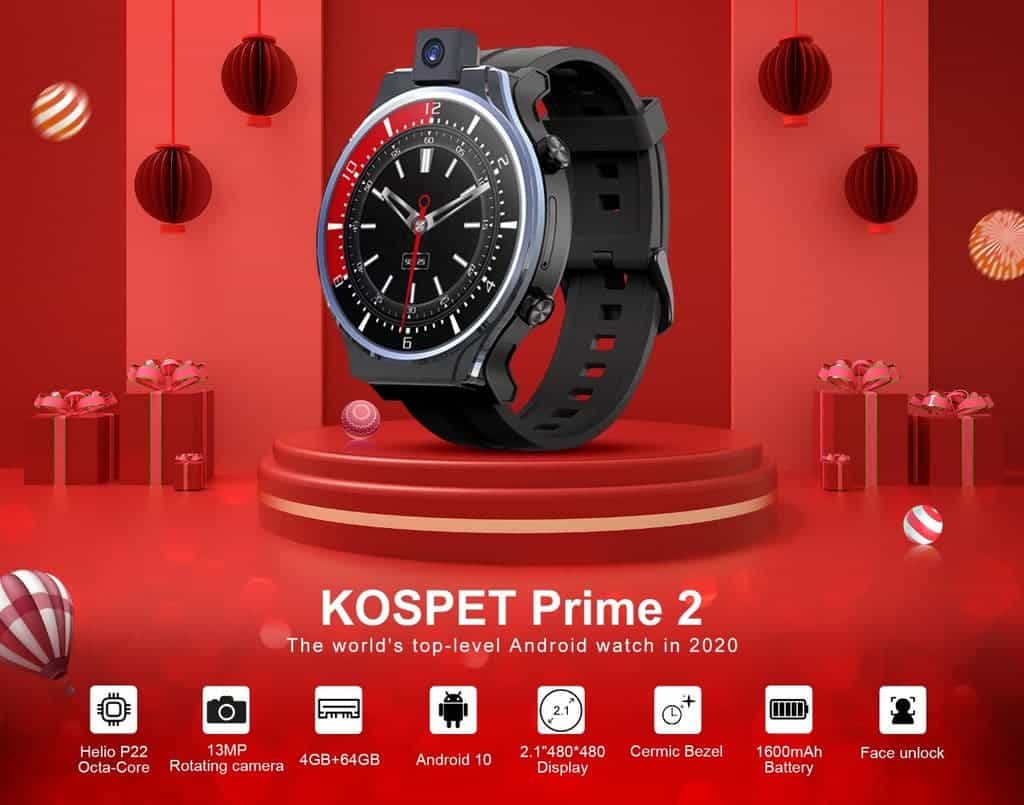 For starters it will be a world’s first smartwatch model with 13MP rotatable camera usable also for a Face Unlock function. And the level of power will quite exceed the typical smartwatch levels and rather dip into the phone territory. Because Helio P22, 4 GB RAM, 64 GB of internal storage and Andoid 10 system are specs we don’t see so often for your wrist gadgets. And with huge 2.1-inch display with 480×480 pixel resolution, ceramic bezels and massive 1600 mAh battery capacity it will surely turn some heads. 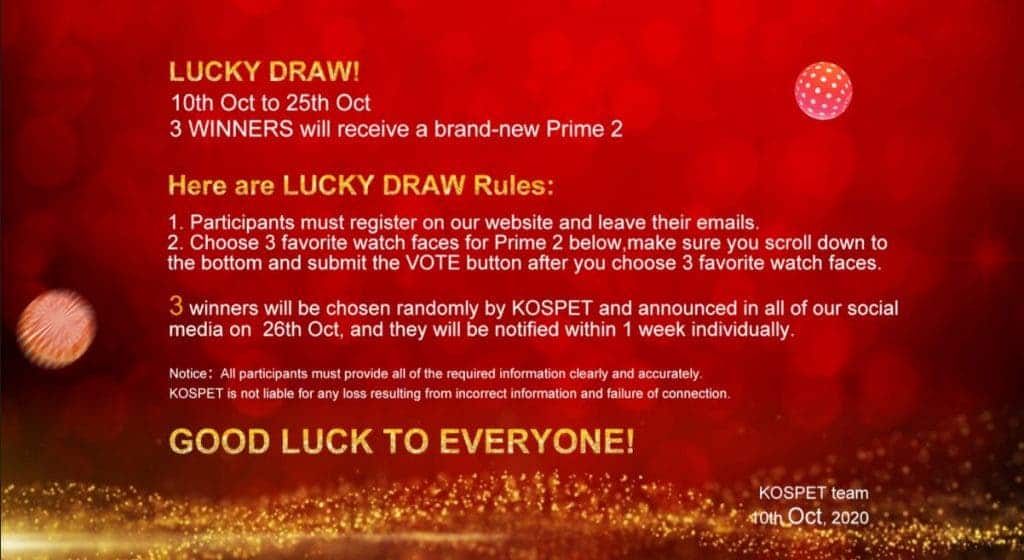 But back to the aforementioned Lucky Draw promo event. The rules are pretty simple and it will be running up until October 25th, so plenty of time to join. All you have to do is register on KOSPET’s website, leave your email and submit your vote for 3 best watch faces. Sounds pretty easy, right ? Three lucky winners will be randomly chosen and announced on their social media on October 26th. Good luck and maybe you will be the one kissed by Lady Luck.