Today is the biggest day of 2020 for all Apple and iPhone enthusiasts. After several months of waiting, surrounded by COVID-19 problems, the company finally unveiled the next big thing in the form of four new handsets. The new iPhones make their big arrival on the 5G scene and also introduce a new cutting-edge chipset based on the 5nm process. Apart from the iPhone 12 and 12 Mini, the company also unveiled two premium handsets for those who always want more of their iPhones – the iPhone 12 Pro and 12 Pro Max.

Apple is offering its high-end models in two distinct sizes. The iPhone 12 Pro flaunts a 6.1-inch display while the 12 Pro Max brings a 6.5-inch panel. Both are upgraded in comparison to the last year’s bezels. Worth noting that Apple also has done a good job this year by making the bezels slimmer. Both devices bring an IP68 rating and stainless steel build. The iPhone 12 Pro brings a 2,532 x 1,170 pixels of resolution, while the Pro Max has a slightly higher 2,778 x 1,284 resolution. Both displays are quite bright with 1,200 nits. The display is covered with Corning Ceramic Shield material to keep it resistant to scratches and durable. 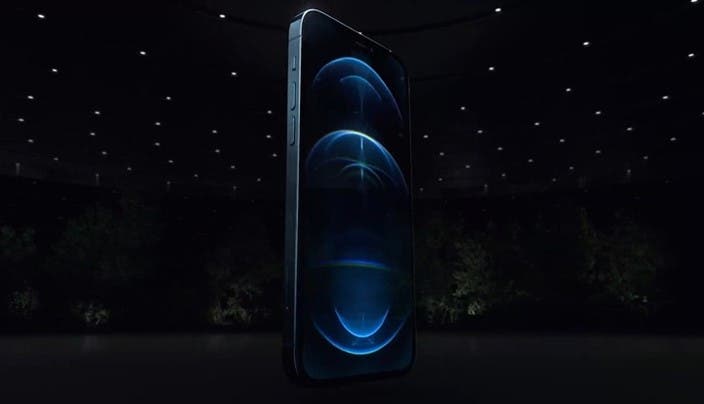 Both displays are of the OLED kind, but unfortunately, Apple is not following Android standards here. For instance, users still get a 60Hz refresh rate. So anyone hoping for a smooth display experience will have to wait until the next year. The rectangular notch is also alive and kicking and is behind all the magic that keeps Face ID working at fully.

The high-end models are quite similar to the recently released iPad Pros. As we’ve mentioned before, the stainless steel finish and the squareish frame will bring back some iPhone 4 vibes. Apple is selling the new handsets in Gold, Gray, and Silver. If Samsung has the Mystic Bronze hero color, Apple brings the Pacific Blue as its bet for the Q4 2020.

Both handsets bring improved cameras, but the setups aren’t exactly the same. For instance, the iPhone 12 Pro brings a 12MP wide, 12MP ultrawide, and a 12MP telephoto lens. The brighter lens has an f/1.6 aperture, according to Apple this sensor can get up to 27% more light than its predecessor. The Telephoto unit brings an f/2.0 aperture and a 52mm focal length along with OIS. 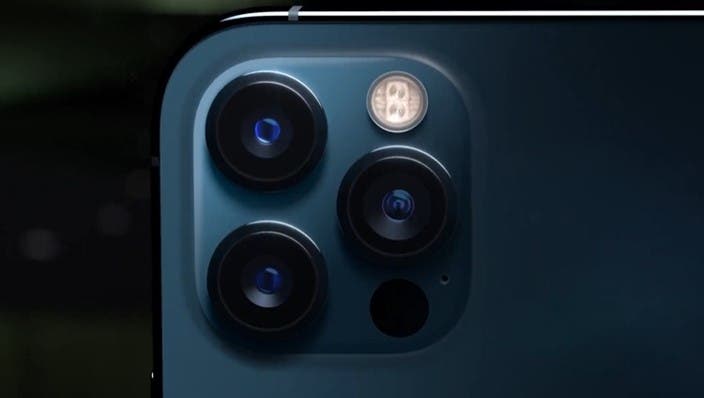 The iPhone 12 Pro Max has a larger 1/1.7″ sensor with 1.7 um pixels. This sensor is 47% larger than the 12 Pro and the last year’s 11 Pro Max. It also brings an f/1.6 aperture which brings 87% more light to the sensor. The company also changed how the image stabilization works. Now it uses the sensor instead of moving the optic lens to react and make the footage stable. According to Apple, the new system is faster and more reliable now.

All the cameras come with Night Mode support and that includes the Selfie snapper and the Ultra-wide module. Apple states that this is thanks to the use of the new chipset Apple A14 Bionic.

Under the hood, both iPhone 12 Pro models bring the excellent Apple A14 Bionic to the table. For starters, this is the first 5nm chipset to hit the market. It brings 2 big CPU cores and 4 small cores and provides 50% higher performance than the last year’s model. The GPU performance is also improved by 50% in comparison to the iPhone 11 Pro models. An interesting detail about the new chipset is that it finally enables 5G support on the Apple devices. Interestingly enough, the new iPhones aren’t just capable of using the fifth-gent network, but they do know how to use it in a smart way. If the new devices decide that the extra speed isn’t necessary there is a Smart Data mode that swaps connectivity to 4G to preserve battery.

The new devices also bring fast charging capabilities with up to 20 Watts of chargers. The big downside is, that you’ll need to buy a separate charger with this capability. To “reduce” electronic waste, Apple removed the bundled charger and headset. Users will only get a USB-C to Lightning cable. Last but not least, the company is moving the base storage to 256GB. There is also an upper model for both handsets with 512GB of Internal Storage. 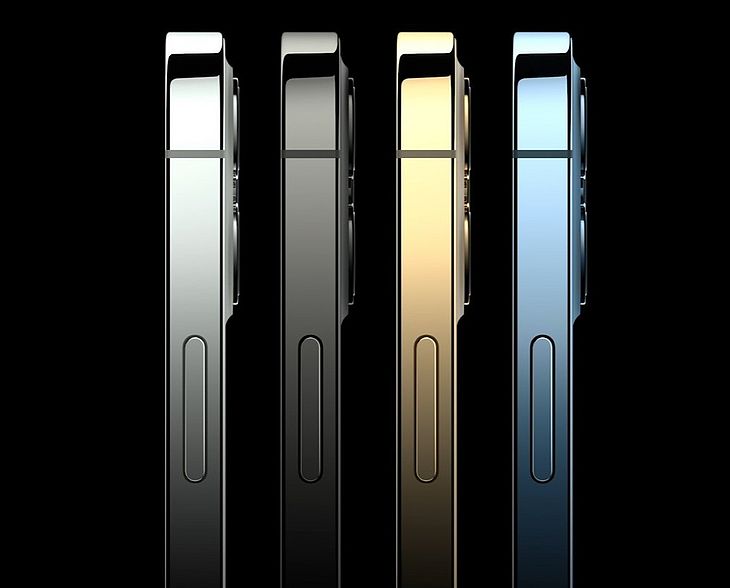 The iPhone 12 Pro retails at $999 in the United States and you get the variant with 128GB of Storage. The 12 Pro Max will retail at $1,099. Users can pre-order the new devices on October 16, with the actual launch scheduled for October 23 in the US. Other availability details will be disclosed in the coming days.