Samsung adheres to the rule not to disclose any details about its new devices, preferring not to confirm or deny the fact of their appearance. But, as a rule, we have no shortage of information about what new devices it is preparing and what they will be. And all thanks to insiders, who compete in who will be able to get more information about the devices. And it seems that this will also be the case with the upcoming Galaxy S21 series.

Samsung Galaxy S21 will debut ahead of schedule

Now they have already begun to prepare us for the fact that the Samsung Galaxy S21 series will be released earlier than usual. Against the problems in the industry and the coronavirus pandemic, the delayed launch of new products would not come as a surprise, few people expected the company to be able to release flagships earlier. But, among the reasons that the company is in a hurry to announce the Galaxy S21 are the weak sales of its predecessors and the company’s desire to take advantage of the situation with Huawei to grab as much market share as possible.

Citing knowledgeable sources in the supply chain, a number of media outlets have reported that Samsung has asked its partner companies to accelerate and start producing components as early as November this year. And this is 1.5 months ahead of the usual schedule for starting the production of components. The Galaxy S21 series devices will start mass production in December; and their announcement could take place in January next year.

The early release of the devices is also supported by the fact that the model with the SM-G9910 number (presumably the Galaxy S21) has already received the necessary certification at the 3C center. The regulator indicates that the flagship will support 25W fast charging.

We expect that three models will be released as part of the new flagship line; and the Galaxy S21 Ultra will receive stylus support for the first time in the history of this series. This will be as part of the company’s intentions to abandon the Galaxy Note line.

In the first quarter of next year, Samsung will introduce an updated line of Galaxy S smartphones. We expect to have three new products: Galaxy S21, Galaxy S21+ and Galaxy S21 Ultra. 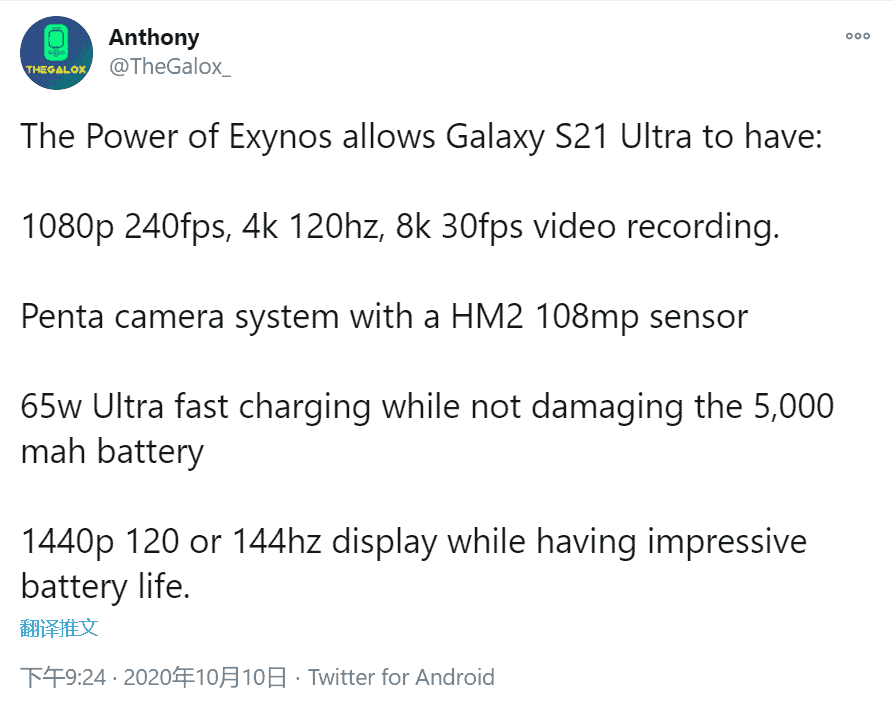 There is no doubt that, depending on the region of sale, the new devices will be available with a Snapdragon 875 or Exynos 2100 chip. In the case of the Galaxy S21 Ultra, the manufacturer will install an OLED display with a 2K resolution; and a refresh rate of at least 120 Hz (possibly 144 Hz). The rear camera will receive a system of five sensors, where the main ISOCELL Bright HM2 is 108-megapixel. They promise support for recording in 8K format at 30fps and an optical image stabilization system.

The battery capacity will be 5,000 mAh; and the company will go to increase the charging speed, bringing its power up to 65 W. It will almost certainly offer support for wireless and reverse charging; and rumor has it that the S21 Ultra will have a stylus in the box.

Previous The technical characteristics of the LG K92 5G have leaked

Next Samsung and Xiaomi strengthen their position while Huawei falls