Samsung has repeatedly tried to mocks Apple and troll it. In principle, this behavior is not surprising since each one of them is the main competitor of the other. This time the reason for trolling was given by Apple itself.

The fact that this year the Cupertino-based company removed the headphones and the power adapter from the package of the iPhone has caused a big controversy. On its pages on social networks, Samsung began to emphasize that its devices come with a charger. So, on Facebook, the company reminded that Galaxy smartphones comes with a charging unit. 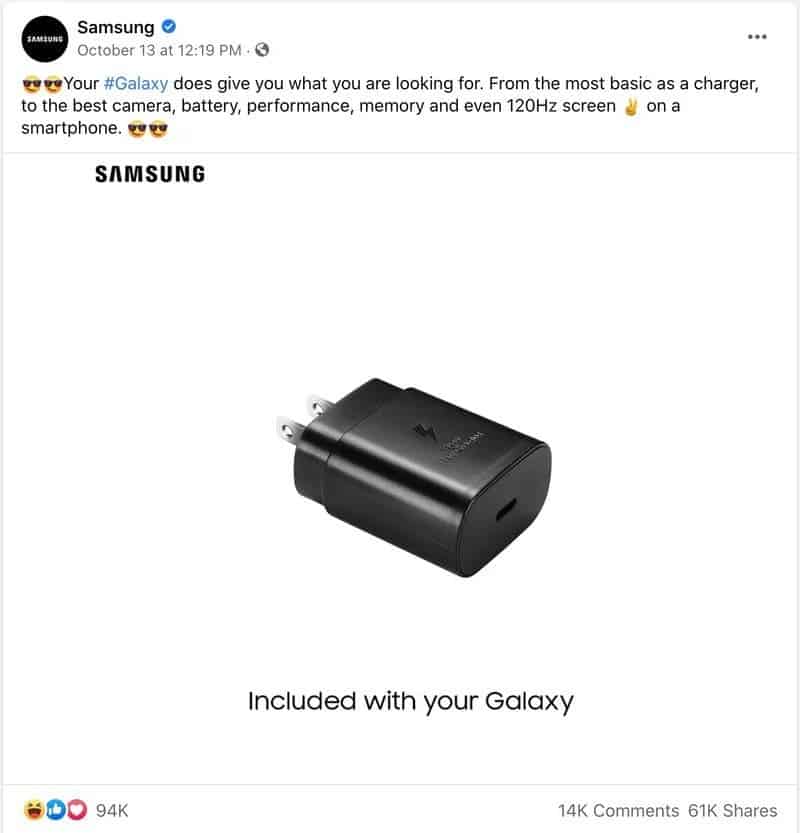 It is interesting that earlier there were talks on the network that Samsung is seriously considering the possibility of cutting the delivery box of a number of smartphones by removing the charger from the kit. And supposedly this innovation can be implemented in 2021. Among the possible reasons for this move, insiders cited a desire to reduce manufacturing costs and the fact that chargers are widespread. 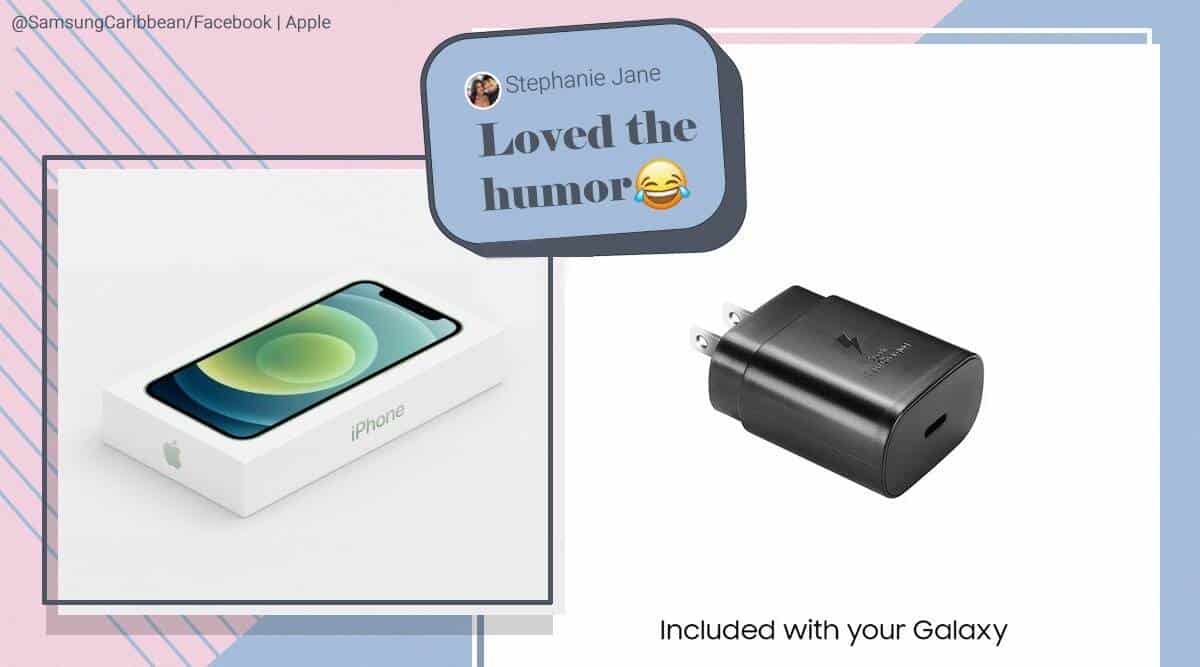 It is unclear whether the South Korean giant will eventually follow the cut-down path in the future. But the company more than once at first ridiculed what it later implemented itself. So, in 2016, Samsung was among those who pricked Apple for abandoning the 3.5 mm headphone jack; but two years later released the Galaxy A8 2018, depriving it of the mini-jack.

Compared to Samsung, Apple was also in no hurry to implement 5G support. It’s no secret that fifth-generation networks are a promising technology. But at the moment it is still devoid of much practical meaning and usefulness. And all due to the insufficient prevalence of 5G networks; and for most, the capabilities of LTE networks are enough for everything. Most likely, Apple understood all this, and therefore did not strive to be at the forefront of those who would implement this innovation.

Apple removed chargers and earbuds from all iPhones, not just the iPhone 12

Apple introduced the iPhone 12, one of the features of which was the rejection of the traditional package. Thus, buyers of the iPhone 12 will have to buy their own charger and headphones separately. Furthermore! Apple’s official website has been revamped, and the now-available iPhone 11, iPhone SE and iPhone XR will also now ship with only the charging cable.

Apple argues this for environmental concerns. The official 20W power adapter costs $19, and the MagSafe wireless charging is $39.

The company says the move means it has to consume fewer raw materials for each iPhone sold. It also allows for a smaller retail box, which means 70 percent more units can fit on a single shipping pallet and reduce carbon emissions. Overall, Apple estimates the changes will cut over 2 million metric tons of carbon emissions annually, the equivalent of removing 450,000 cars from the road each year.

Next OnePlus 8T durability test has been released