Huawei will release its latest flagship series, Mate 40 series next week. While we wait for the official launch of these devices, we have more information about these smartphones. According to a recent leak, the Huawei Mate 40 Pro+ will have up to 12GB of RAM. Today, Weibo blogger, @Ark released an image of the packaging box of the Mate 40 Pro+. The packaging box shows that this smartphone will come with 12GB of RAM and 256GB internal storage. 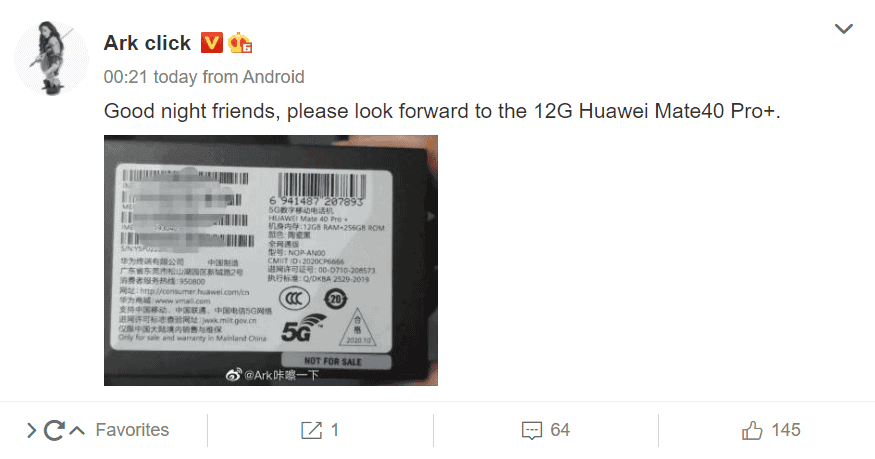 Furthermore, the leaked image shows that this unit is a “ceramic black” colour option. What we can also see from the box is that the phone supports the 5G networks of China Mobile, China Unicom, and China Telecom.

According to previous information, the Huawei Mate 40 series global conference is scheduled at 20 o’clock on October 22, Beijing time (14:00 on October 22, Central European Time). This series will have four models which include Mate 40, Mate 40 Pro, Huawei Mate 40 Pro+, and Mate 40 RS Porsche designs. All four models will come with Huawei’s new Kirin 9000 SoC. However, the rear camera design of all models will be different.

Next Xiaomi and OnePlus mock Apple and the iPhone 12 series