Immediately after the announcement of the iPhone 12, Xiaomi became the first company to troll Apple for its new smartphones. Recall that now the package includes only the smartphone and a cable, which does not support fast charging.

Samsung said yesterday that its Galaxy smartphones continue to ship with a power supply. After that, the Spanish division of Xiaomi and OnePlus continued trolling Apple.

“Good morning fans. Today we dreamed that our smartphones lost the charger. Fortunately, it was just a nightmare.” Says Xiaomi.

OnePlus has also emphasized that the charger is included in the boxes of its smartphones. What’s more, a Oneplus spokesperson who hosted the OnePlus 8T launch event said the phone will ship with a 65W charger, although it costs twice as much as the previous adapter. 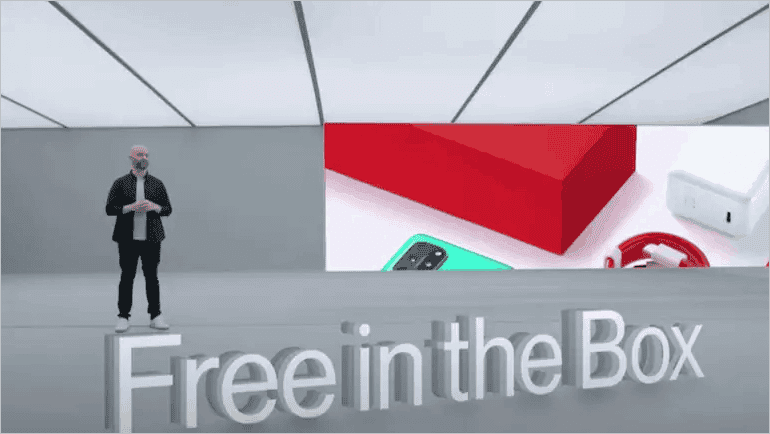 Apple says it is committed to protecting the environment and that this move will result in less carbon dioxide emissions and less resource extraction. The statement is controversial, since many will have to buy headphones and a charger separately.

Apple removed chargers and earbuds from all iPhones, not just the iPhone 12

Apple introduced the iPhone 12, one of the features of which was the rejection of the traditional package. Thus, buyers of the iPhone 12 will have to buy their own charger and headphones separately. Furthermore! Apple’s official website has been revamped, and the now-available iPhone 11, iPhone SE and iPhone XR will also now ship with only the charging cable.

Apple argues this for environmental concerns. The official 20W power adapter costs $19, and the MagSafe wireless charging is $39.

The company says the move means it has to consume fewer raw materials for each iPhone sold. It also allows for a smaller retail box, which means 70 percent more units can fit on a single shipping pallet and reduce carbon emissions. Overall, Apple estimates the changes will cut over 2 million metric tons of carbon emissions annually, the equivalent of removing 450,000 cars from the road each year.

Recently, Apple has introduced the new family of iPhone 12 smartphones, the successors to the iPhone 11 family. A feature of the series this year is the presentation of four models; and the replenishment is the iPhone 12 mini with a 5.4″ display. Apple fans appreciate compact devices, but the majority may opt for its extended version.

The renowned analyst Ming-Chi Kuo has published a new note. It suggests that the iPhone 12 with a 6.1″ screen, which is the direct successor of the iPhone 11, breaking the charts, will be a bestseller with a sales share of 40-45%. He found out that Apple purchased 80-85 million components of gadgets versus 75 million for last year’s iPhone 11 at the start. However, circumstances have developed so that the launch period for the iPhone 12 will not be long; so we will not see real demand for the iPhone 12 at the end of the quarter. …

The specialist believes that the key factor in choosing one version or another will be the price. But despite this, the cheapest iPhone 12 mini will not be able to meet the needs of the majority; so it will get 20-25%. As for the expensive iPhone12 Pro and iPhone12 Pro Max, they will occupy 15-20% of the total circulation of the iPhone12. It is not yet clear which of the four devices will be on sale in October. The final details and prices will be available tomorrow evening.