A few days ago, Apple introduced the iPhone 12 series smartphones and a new wireless charger called MagSafe. It attaches magnetically to the iPhone 8 and the newer models and provides up to 15W of charging power.

In theory, MagSafe can charge any Qi-compatible device; but the magnetic mount, which ensures proper orientation and fixation, will not work with all smartphones. One reviewer got the chance to test MagSafe with Samsung’s latest foldable smartphone.

It turned out that Apple’s new charger works with the Galaxy Z Fold 2, since there are magnets in the case of this device (they provide a fixation when folded). However, they are not as strong as in the iPhone, so it is better not to try to hang the Galaxy Z Fold 2 by the charger, as the device may fall and be damaged.

The second point concerns the charging speed. The MagSafe charger doesn’t seem to be able to quickly charge the Galaxy Z Fold 2 (or any device other than the iPhone) using its full 15W of power. By default, it can charge devices with a power of 5W or 7.5W.

During the presentation of the iPhone 12, Apple also announced the return of the legendary MagSafe brand. Now, MagSafe is a wireless charging system for the iPhone. Various accessories can be produced using this system.

Apple has prepared a whole line of MagSafe-enabled accessories for the new iPhones, including various cases, wireless chargers and even a wallet for bank cards. A MagSafe Duo charger is also included, which will allow you to charge your iPhone and Apple Watch at the same time. 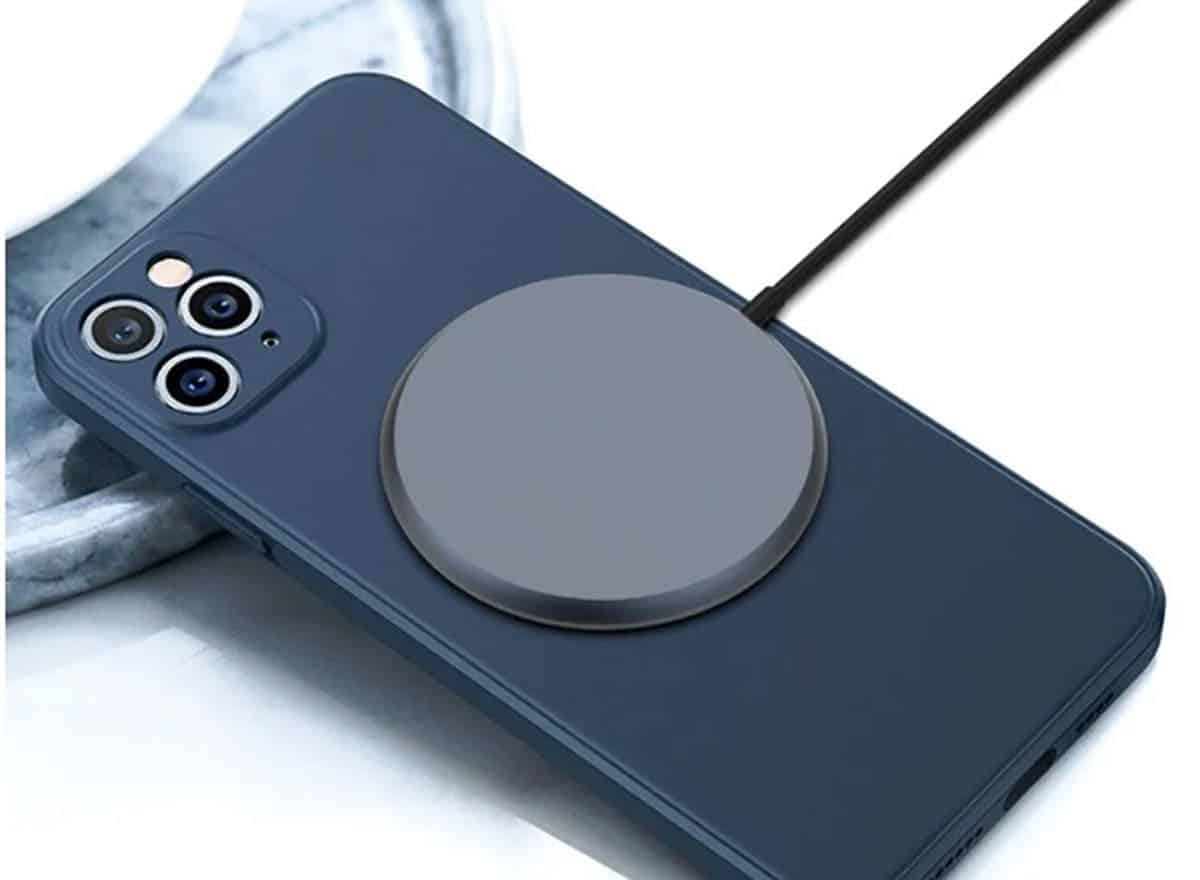 As a reminder, Apple has been using MagSafe power connectors on its laptops since 2006. The design provided for the use of magnets to hold the adapter; which users really liked as a safe and convenient solution. However, after 10 years, Apple began to get rid of MagSafe. The first laptop without a MagSafe connector was the MacBook Pro, introduced in late 2016. By 2019, Apple had finally gotten rid of MagSafe and completely switched to USB Type-C for powering laptops.