At the JMGO 2020 new product launch conference, the company released the Nut R2 smartphone. It comes with a curved full screen, a 100MP lens, and 5G network. In fact, we haven’t heard anything from Smartisan for a long time. And after rebranding, this is the first conference and the first smartphone.

JMGO launched the pure white Nut R2 smartphone. The appearance of the phone is pure white from front to back. Interestingly, the company made only 2,000 pure white phones. In the future, no pure white version is planned to make. Moreover, this may be the last pure white phone in the history of the smartphones.

In addition, the Nut R2 is also available in black and green versions.

On a 5G smartphone, there can be as many as 6 to 7 breakpoints in the middle frame. But this greatly destroys the beauty and integrity of the phone. So the Nut team eliminated the breakpoints one by one, creating a bright metal middle frame without breakpoints. And the signal is not affected at all.

In terms of hardware specifications, the Nut R2 comes with a Qualcomm Snapdragon 865 chip, which supports dual-mode 5G. Also, it supports WiFi 6 newest standard. There is also a 16GB LPDDR5 RAM, a 512GB UFS3.1 ROM, a 6.67-inch full HD 90Hz hyperboloid AMOLED screen, a 4510mAh battery capacity, etc. The latter supports 55W fast charging. By the way, the screen has a 2340×1080 resolution, a brightness of up to 800 nits, and covered with a Gorilla 5th generation glass.

In addition to the high-quality camera combination, the Nut R2 also uses many industry-leading algorithms. Among them, the HDR algorithm of the main camera and various special effects of the front camera are self-developed within the group.

When talking about the sensors’ details, the main camera has a 108MP resolution. It comes our way from Samsung and has a 1/1.33-inch pixel size. It is currently the second largest sensor.

There are other 8MP telephoto lens, 13Mp ultra-wide lens and 5MP untimely lens.

The Nut smartphone team stated that it has joined the Bytedance Group and the new name is Xinshi Lab. ‘We are a full-process hardware team under Bytedance, which covers all links in the entire life cycle of a hardware product from design, R&D, production, to brand marketing, sales, and service. From May last year to now, the size of our team has almost doubled, and the capabilities of the entire process have been greatly enhanced. Therefore, we have the ability to make distinctive smartphone products, and also have the ability to equip these products with a unique and innovative smartphone system such as Smartisan OS.’

JMGO said that it also actively chose to go further and continue to develop TNT OS. ‘But this road is very difficult for us.’

‘Nut has been invested in TNT OS for more than 3 years, and a lot of manpower and resources have been invested. And now, both Xinshi Lab and the entire Bytedance Group still endorse and support this product line. It not only represents the new team’s exploration of a future-oriented operating system without historical burdens, but also represents the direction of its smart hardware product layout in the next three to five years. We will continue to invest more in the future.’

In addition to the Nut R2 smartphone, the company also released a new Smartisan OS 8.0 system. It continues to adhere to the quasi-materialized UI interface, while bringing 180 basic experience upgrades and 79 new function upgrades. 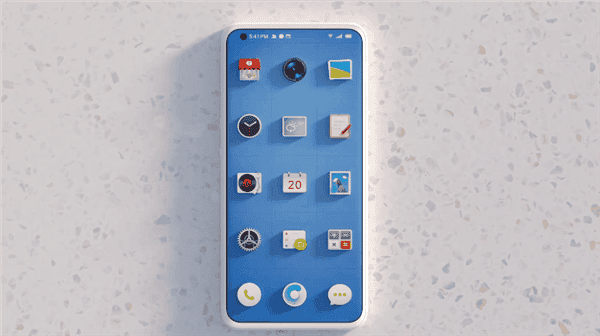 In the era when most mobile UI designs have turned to flatness, the quasi-materialized UI is actually very attractive. In Smartisan OS 8.0, Nut represents the ultimate UI of simulants. It is not about the appearance, thickness, and materiality, but rather a better perception of nature as if it is alive and giving intuitive feedback.

In addition to light and shadow perception, Smartisan OS 8.0 also updated the animation framework. But the company stated that their animation effects do not have a name. ‘We just integrate animation into the system in a natural and restrained way.’

In addition, any switch, time capsule, big bang, privacy protection, cell phone tracking and other functions have also been upgraded or added.

In addition to the regular version, the new machine also brings a special edition – the Revolution 2 Time Special Edition.

The company said that people often say, ‘There is nothing new under the sun.’ The same is true for product design. When the appearance of smartphones is gradually finalized, and the front and back are becoming more and more concise, it seems that it is difficult to have any new ideas among various manufacturers. Especially when you have made a pure white phone that represents the ultimate simplicity. 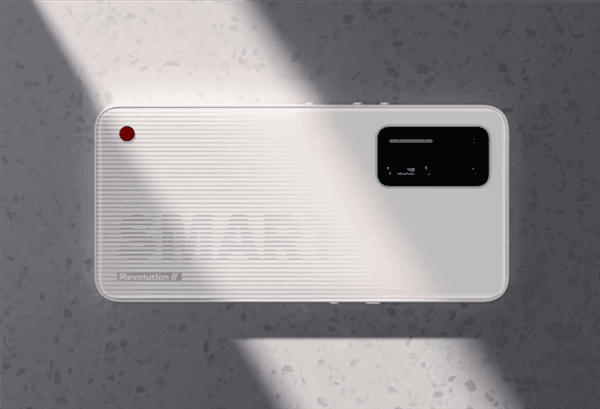 ‘White is the end point of minimalism for industrial design. But we can still use it as a canvas and recreate new ideas on the blank.’

A photosensitive layer is printed on the pure white back of the Revolution 2 Time Special Edition. It will develop immediately after the sun shines. When there is no sun, the pattern on the back of the phone will be quietly hidden.

It is worth mentioning that when you use it for half a year, this photosensitive pattern will slowly solidify after repeated light exposure, forming a slight, permanent mark.

Next Nuts Launches New TNT 2.0 System for Use With Smartisan TNT Go