Lenovo’s here to stun their fans with the world’s first foldable display laptop – Lenovo ThinkPad X1 Fold in China. The company has launched such innovative technology on its home turf before bringing it to some other country. A massive 13.3-inch foldable OLED display can be folded from the middle.

There are two variants of Lenovo ThinkPad X1 Fold one is the WiFi version and the other is 5G supported variant. However, all the specifications in both the variants are the same apart from the network adapters. The laptop is powered by an Intel Core i5-L16G7 processor clocked at 1.4GHz with maximum turbo up to 3GHz. There’s a 13.3-inch foldable OLED display with 1536 x 2048 pixel resolution, 300 nits brightness, and a touch screen. The laptop also has Intel UHD Graphics Chip on board. It packs an 8GB LPDDR4 RAM with 14267MHz frequency and 512GB SSD.  Lenovo’s new laptop also has a 5MP camera for video chats. A 50Whr battery with 65W fast charging support is present while carrying a slim Type-C cable. 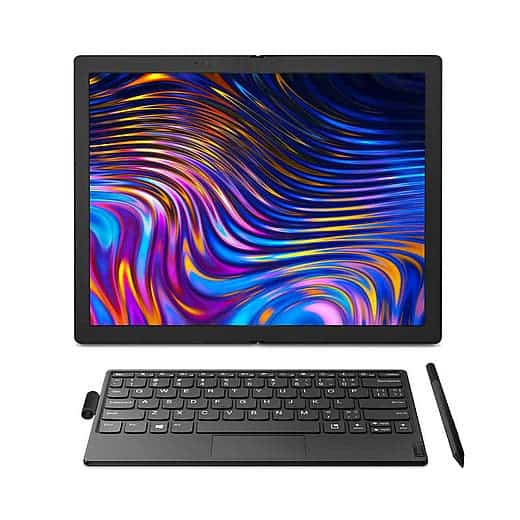 The company is offering a 3-year warranty + 1 year Think Premium support Plus.  It comes along with a Mini Keyboard and Mod Pen Stylus accessories if you buy any of the above models. It is already up for pre-orders and the sale for the WiFi edition will begin on October 28. However, the users who would like to own the 5G variant need to wait for November 5.

The users can head over to the Lenovo Chinese store to grab the world’s first foldable laptop for the starting price of 19,199 Yuan.

Next Huawei Mate 40 Announced With A Lot Of Compromises