LG will soon unveil a new smartphone LG Q52, as evidenced by the large-scale leak of its characteristics and a large collection of live images. The camera lens got a device in a snow-white color with an almost frameless 6.59″ HD+ IPS-display in front and an unusual Quad-camera unit, which includes a 48-megapixel (f/1.8) main sensor, 5-megapixel wide and two 2-megapixels sensors: macro and ToF. Immediately below them, there is a double LED flash, while the front camera in the top center of the screen has a resolution of 13 megapixels. 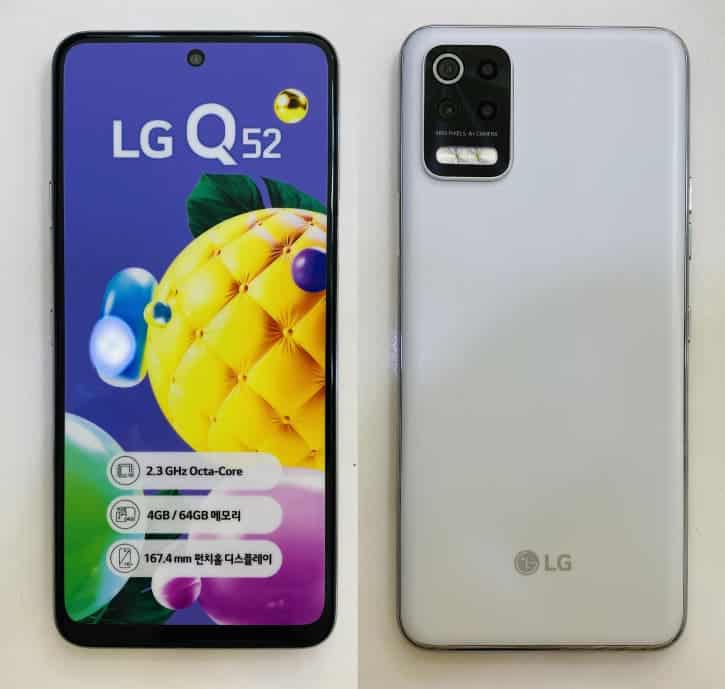 The smartphone has an eight-core Mediatek Helio P35 chipset with 4 GB of RAM and 64 GB of storage memory, expandable with a microSD card up to 2 TB. In addition, the smartphone has a 4000 mAh battery responsible for power supply. 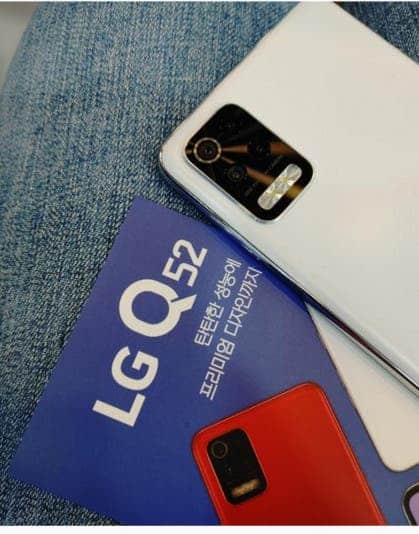 The body of the smartphone has the MIL-STD-810 military standard protection and has dimensions of 165 x 76.7 x 8.4 mm with a weight of 188 g. On the right side, there is a fingerprint scanner, while all the buttons have moved to the left side … The bottom end includes a USB-C port, 3.5mm jack, microphone and speaker holes. The device is based on Android 10. The LG Q52 will hit the market in white and red colors, and it will cost about 300 to 400 thousand Korean won, which is approximately equal to $265 – $350. 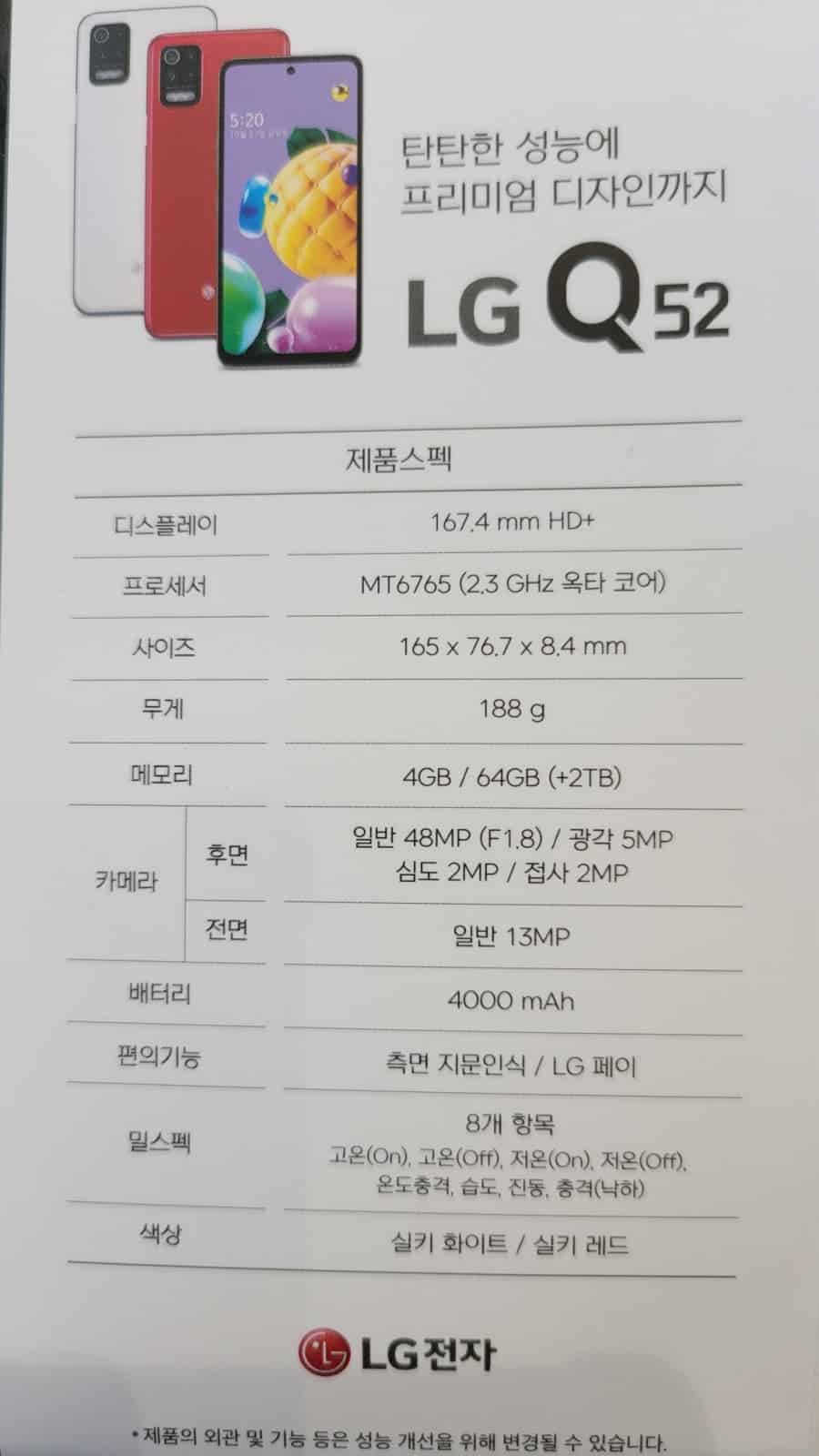 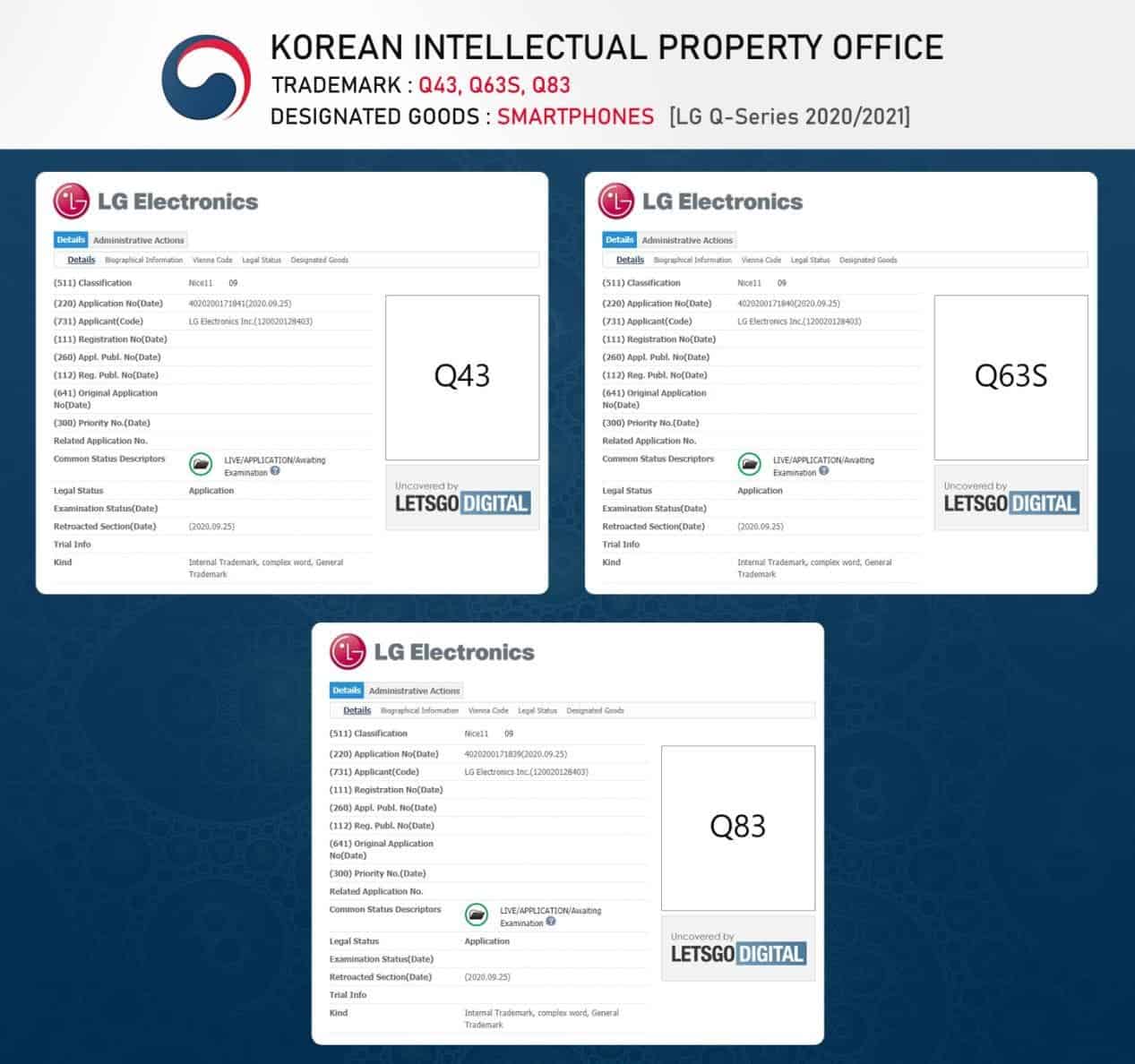 The LG Q70 and the Q60 adopt almost the same design but for the slight change in the design up front. You get the same triple rear camera setup as well as a rear fingerprint sensor. But on the front, the device drops the water-drop design for a Hole-In-Display.

The Q70 sports a 6.4-inch screen with Full HD+ resolution and a punch-hole design which is home to a 16MP front camera. Under the hood, the LG Q70 runs a Snapdragon 675 coupled with 4 GB RAM and 64 GB storage which you can expand up to 2TB using microSD card.

The rear carries a camera module with a 32-megapixel main sensor, a 13-megapixel ultra-wide lens with a 120-degree FoV, and a 5-megapixel depth-sensing lens.

It gets a 4,000mAh battery with Quick charge 3.0, while it boots Android 9 Pie out of the box. The device shares some features with a number of LG flagship offerings including; IP68 rating, 32-bit Quad DAC audio, DTS:X 3D Stereo Sound, military-grade sturdiness and a dedicated Google Assistant button.

Next PayPal Enters Cryptocurrency Field: Why and When