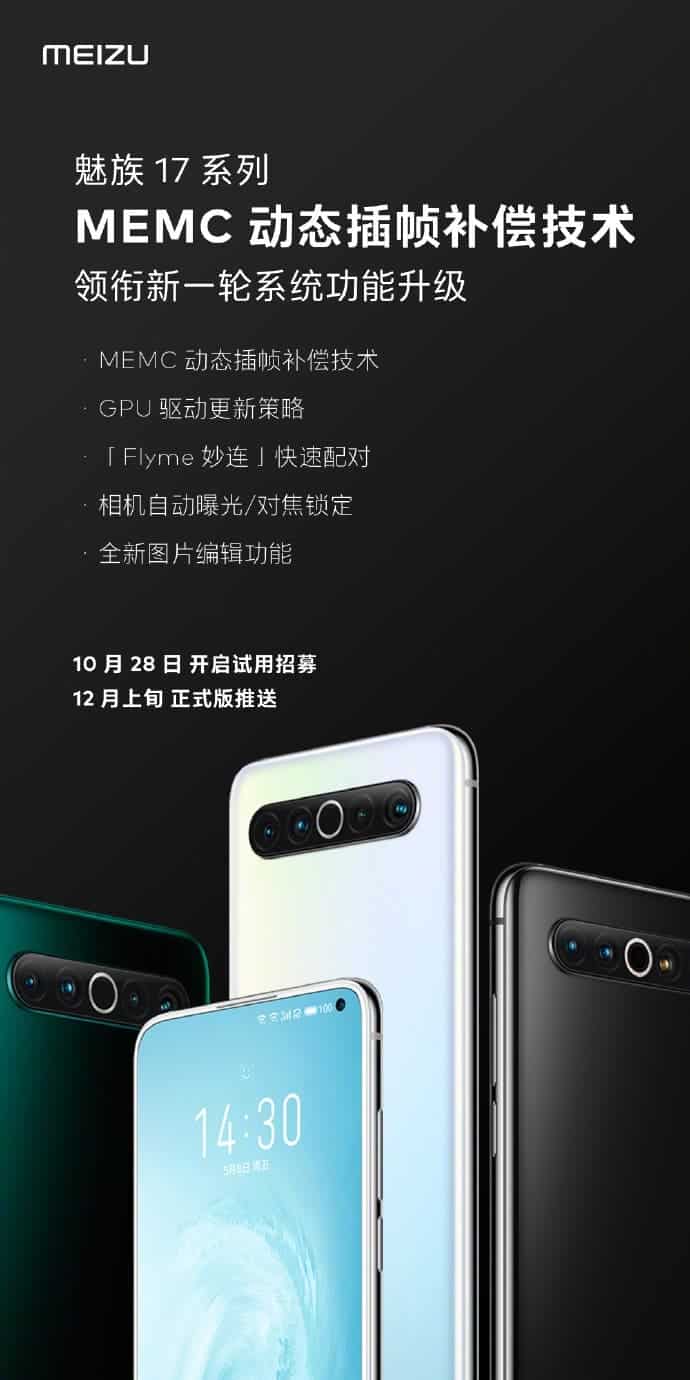 According to a message on the official WeChat of Meizu Technology, the Meizu 17 series once again released an important update. This update brings MEMC dynamic interpolation compensation technology, leading a new round of system function upgrades.

This update will start trial recruitment on October 28, and the official version will be pushed in early December. It is interesting that Meizu is still releasing updates for its smartphones despite its dwindling smartphone business.

The Meizu 17 series has two smartphones that include Meizu 17 and Meizu 17 Pro. These smartphones were released back in May. For those who may have forgotten what these devices offer, here is their specs sheet.

Previous Galaxy Note 20 owners in the US can now enjoy One UI 3.0 beta update!

Next Some users report scratches on the Apple iPhone 12 screen