TCL Electronics is one of the biggest companies in China. The huge conglomerate is responsible for a set of interesting technologies from smartphones to smart TVs. In the past, TCL quite made its name in the smartphone market due to its license for selling handsets with BlackBerry branding. In 2020, however, TCL decided to change its strategy and start to make its name in the market with TCL-branded smartphones. The company unveiled a set of good smartphones under the TCL 10 series. The trio of smartphones was unveiled in January, but it waited until April to actually launch them for sale. Now, six months later, the TCL 10 5G UW is reaching the United States via the network carrier Verizon. It brings slightly different specifications.

The TCL 10 5G UW as the name suggests brings 5G connectivity thanks to the use of the Qualcomm Snapdragon 765G SoC. The device is paired with 6GB of RAM and 128GB of Storage. These specifications are built around a 6.53-inch LCD with Full HD+ resolution. Due to its LCD nature, we can’t have an in-display fingerprint scanner, the sensor sits on the back. The phone draws power from a 4,500mAh battery with 18W fast-charging. The phone has Android 10 OS straight out of the box. 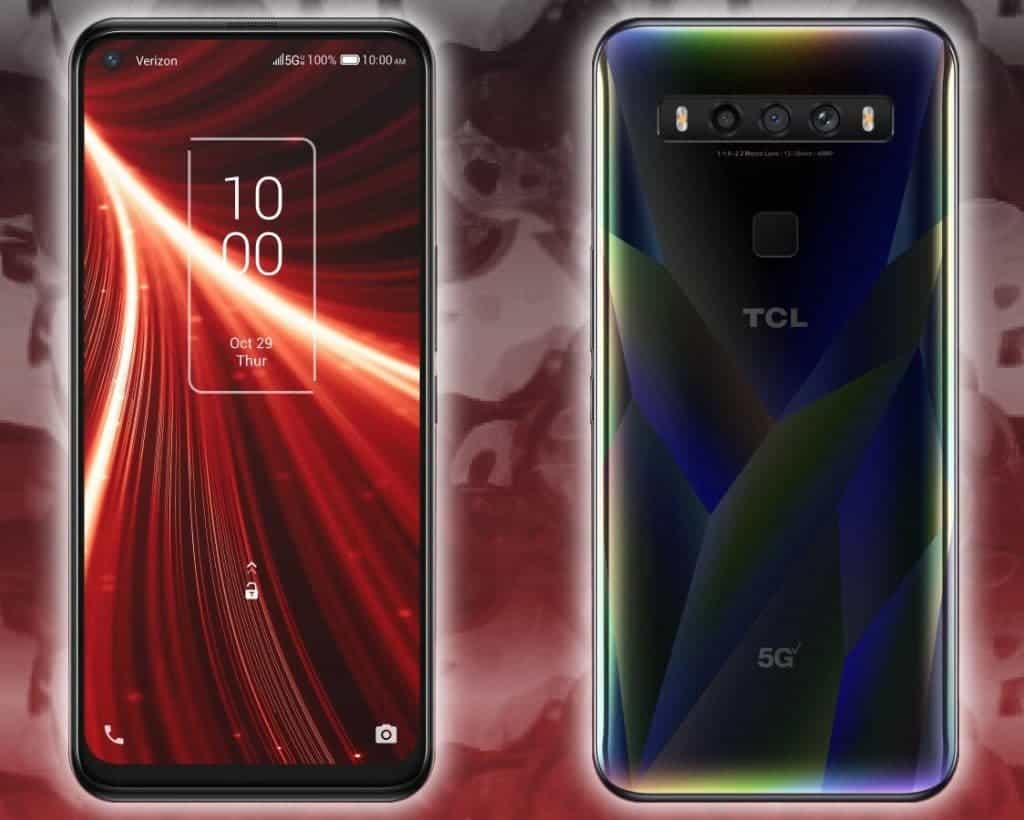 On the back, there are some differences in the device triple-camera setup. While the Global variant has a 64MP main shooter, the Verizon unit comes with a 48MP main camera. The secondary sensor is an 8MP ultra-wide-angle shooter and the third final sensor is a 5MP module for macro focus. The phone still has a dual-LED flash to help the camera module. Interestingly enough, this is one of the few devices in the industry to sport a horizontal camera design. So, up to the moment, it’s quite unique, apart from some LG and Meizu phones featuring similar design. On the front, we have a 16MP snapper sitting on a left-aligned punch-hole. The camera comes with a fixed focus.

According to Verizon, the TCL 10 5G UW will come offering 25x faster download speeds than regular 4G LTE networks. Verizon states that its coverage covers more than 200 million customers in over 1,800 cities across the United States. The network carrier will cell the handset for $399,99 and it will be available starting on October 29. This price is for a select Unlimited plan. However, the carrier will also offer trade-ins, but details will be disclosed once the phone arrives.

Previous Nokia phones are the most trusted devices on Counterpoint ranking