Yesterday, Samsung rolled out its improved version of One UI 2.0 to the Galaxy S9 duo in India. Yes! We’re talking about the One UI 2.5 software. Well, the firmware update has now made its way to the Galaxy A70s. For those who’re unaware, the One UI 2.5 went official with Galaxy Note 20 in August and since then, has made its way to numerous flagship phones. Samsung is now bringing the update to mid-rangers.

The all-new One UI 2.5 software on Galaxy A70s carries the firmware version A707FDDU3BTH4. As expected, it brings all the key features of One UI 2.5 software such as Wireless DeX, enhanced Pro camera mode, and more. We’ll look into the key features a bit later in this article. The firmware version weighs roughly around 1.6GB so you might want to download it over a stable WiFi connection. The update also brings the latest October 2020 Android security patch. 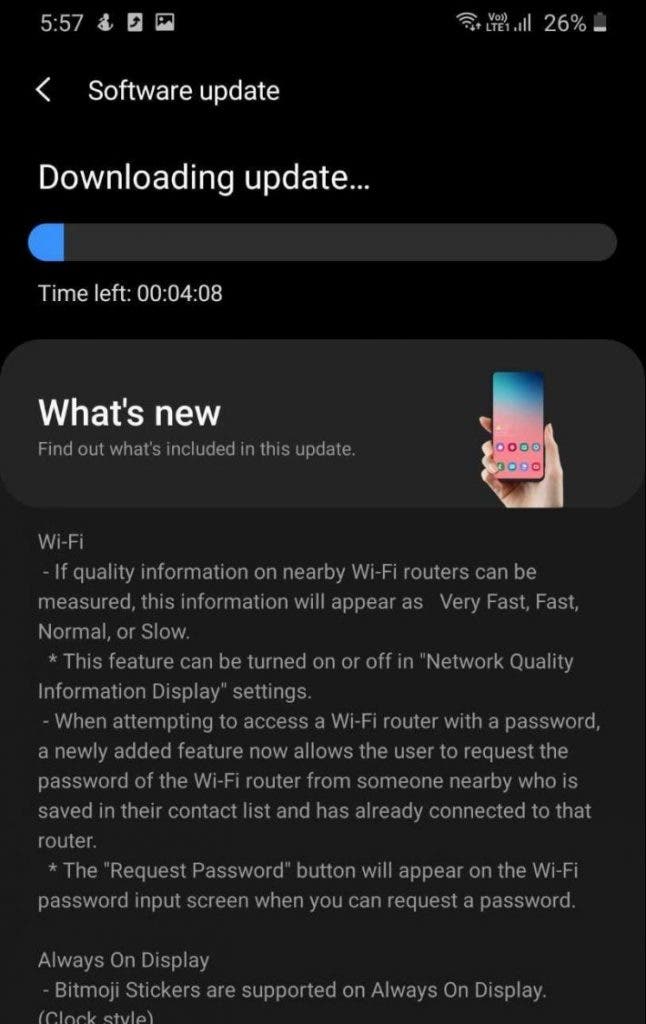 If you don’t consider the One UI 3.0 beta program, then Galaxy A70s is now running the latest One UI software the same as that of the flagship offering such as Galaxy Note 20. To recall, the update brings new WiFi monitoring tools, WiFi password requests from a nearby device, new Samsung Keyboard functions, Bitmoji support for Always On Display, and more. The default Messages app now also supports SOS location-sharing along with pre-configured SOS message contact.

How to update your device to the latest software?

Well, if you own Galaxy A70s and resides in India (well, the device is only available in the Indian market), then you should have already received the update notification. Alternatively, you can head over to Settings>>Software Update>>Download and Install to update your device manually. It is worth noting that this new update might be rolling out in batches, so you might not get your hands on it right away.

With Galaxy A70s getting the latest software update, it is safe to assume that the One UI 2.5 software update will soon make its way to other Galaxy A devices. We’re talking about Galaxy A50, Galaxy A50s, and the Galaxy A70. Whenever that happens, we will make sure to keep our readers updated.

Previous HarmonyOS for smartphones will be released in December as scheduled

Next World-leading camera makers get licenses to supply Huawei