In the database of the popular benchmark Master Lu, the results of testing the flagship Huawei Mate40 Pro+ smartphone, which is built on the basis of the Kirin 9000 SoC, have appeared.

The result of the smartphone was 902,616 points, which is about 50,000 points more than what the flagships based on the Snapdragon 865 SoC get.

The Kirin 9000 is the world’s first 5nm SoC with 15.3 billion transistors. In recent tests, it is also the fastest SoC in 5G networks.

Recently, Huawei unleashed the Mate 40 series smartphones. They debuted the Kirin 9000 series flagship chips. Apart from the original model, the Mate 40 came with the Kirin 9000E variant. However, both are 5G SoCs and produced with 5nm process technology. Due to the latter, it is way faster, generates lower heat, and provides more energy-efficient operating experience. 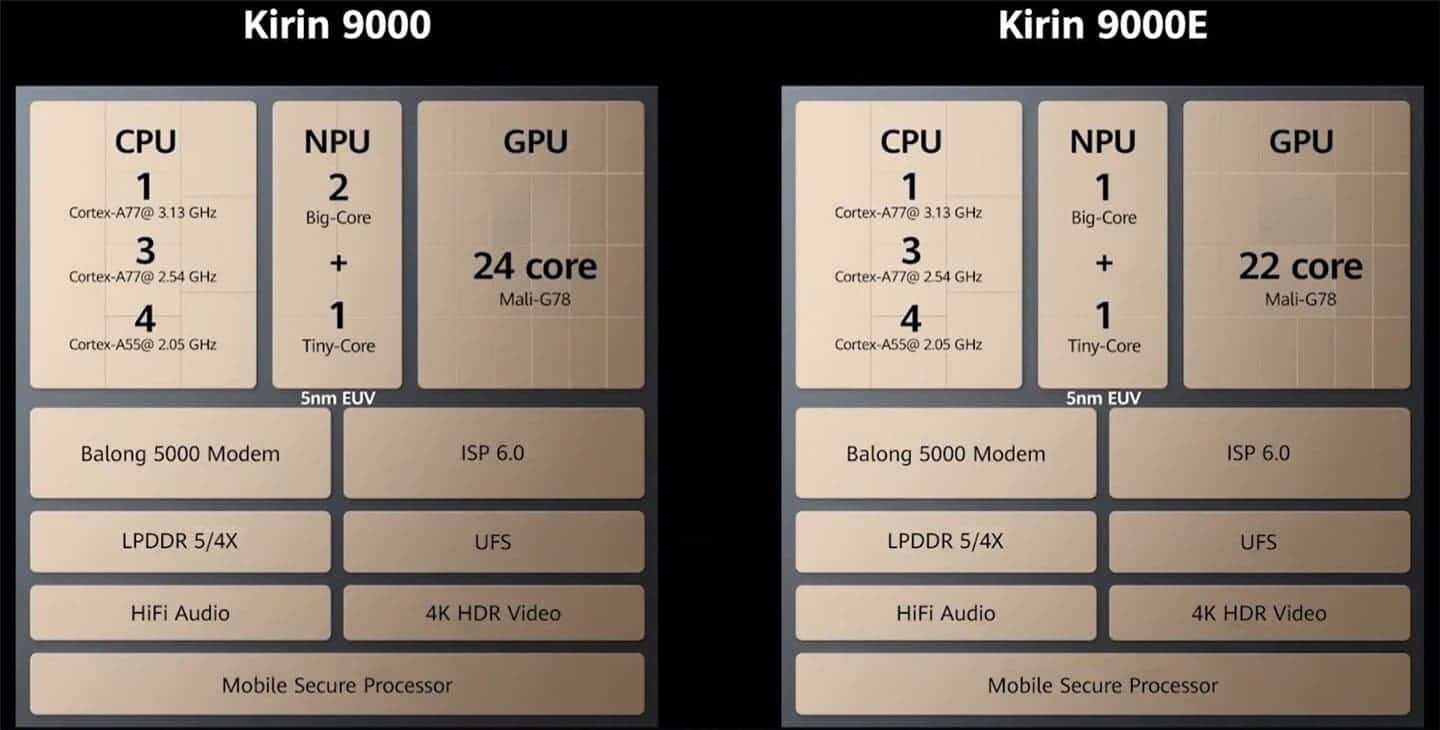 The Kirin 9000 chip integrates 15.3 billion transistors, which is 30% more than the Apple A14. The Kirin9000 chip uses an octa-core CPU design and integrates a 24-core Mali-G78 GPU. Apart from this, the SoC comes with a 2-large-core + 1-small-core NPU. It integrates Huawei’s most advanced ISP technology.

The most important part is the graphics. Mali-G78’s GPU uses 24 cores. It is accompanied by all this is a brand new NPU with 2 ‘big cores’ and 1 ‘small core’. The Kirin 9000 supports LPDDR5 and LPDDR4X memory controllers and UFS storage. In addition, Kirin 9000E comes with a 22-core GPU and 1+1-core NPU.