We have already written that Samsung is working on several new SoC platforms at once – Exynos 1080 and Exynos 2100. But these are top-level models, and Exynos 981, which has appeared in the Bluetooth SIG database, will turn out to be a mid-range SoC. 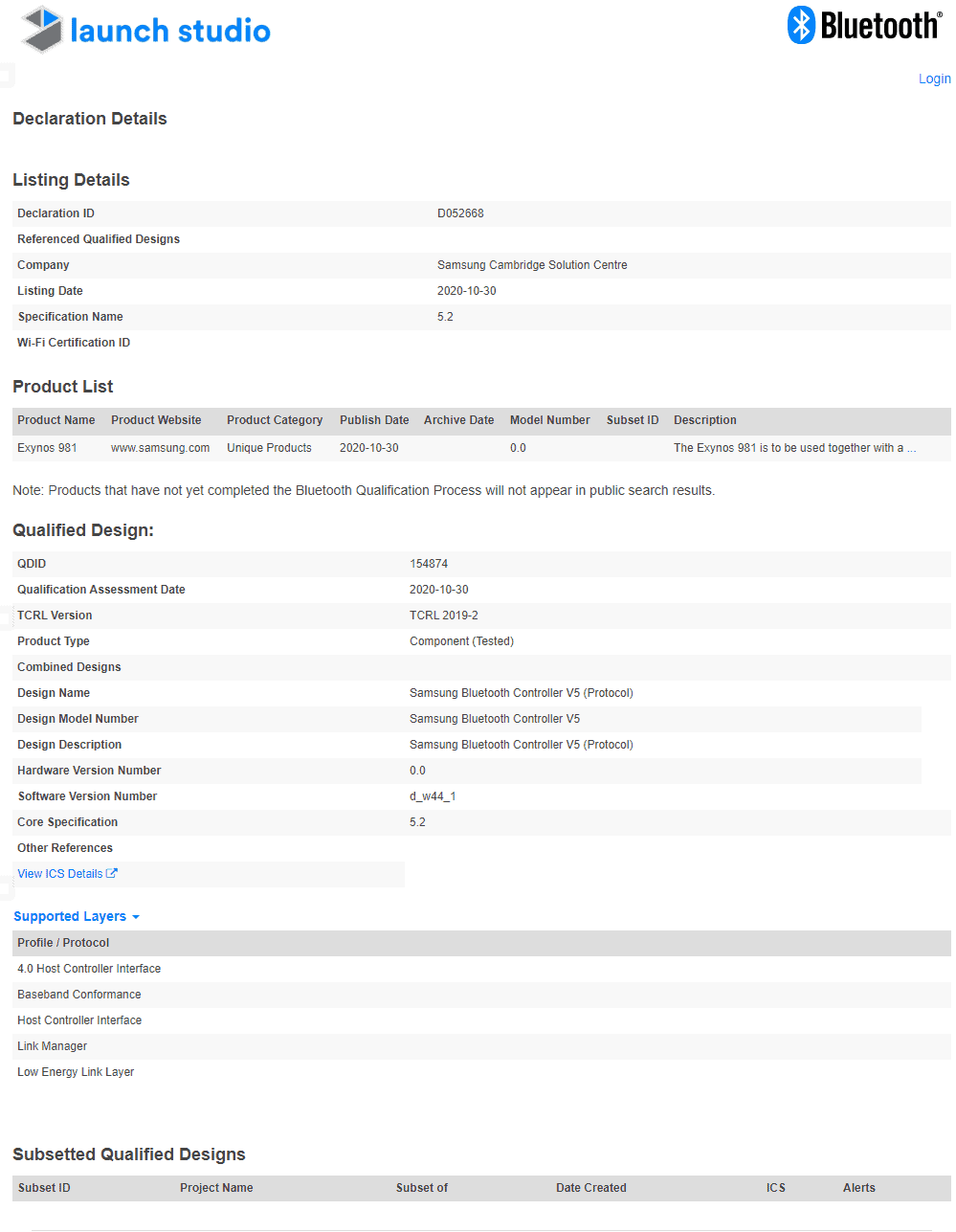 There are no technical details about this platform, except perhaps for Bluetooth 5.2 support. But judging by the designation, it is only a version of the Exynos 980. It is logical to think that the new model will be slightly more powerful than its predecessor.

The Exynos 980 is used in the Samsung Galaxy A51 5G and Galaxy A71 5G. Apparently, the Exynos 981 will be used in other mid-range Galaxy A models.

Samsung and Qualcomm will adopt a similar strategy next year with the release of their flagship chipset. The company will bet on the brand new Cortex-X1 for extreme performance. However, the question that lifts in our minds right now is, which company will make it better? Well, if a new GeekBench listing is to believed, Samsung’s Exynos division is taking a step forward with the Exynos 1000. With Huawei’s HiSilicon Kirin pretty much out of the league, Exynos and Snapdragon will compete in the next year to see which one will be the best offering for flagship performance. We know that in the end, the Exynos chipset does not appear in many devices out of the Galaxy flagships, but taking the lead may change this in the future.

The new report is based on information from a Korean forum where GeekBench scores were published. According to the information, two units of the Galaxy S21 were tested. One was powered with Exynos 1000 while the other was powered by Qualcomm’s Snapdragon 875 chipset. Moreover, there’s a Xiaomi Mi 11 phone with the Snapdragon 875 on the mix as well. First of all, it’s important to take these results with a pinch of salt. After all, how could one individual, or more than one has access to so many unreleased smartphones at once? Well, that said let’s dive into the results.

The Exynos 1000 may offer slightly higher performance than the SD875

Unfortunately, the leak does not come with screenshots, which effectively would make it more reliable. It states that the single score and multi-score of Samsung’s chipset are both higher than those achieved by the Snapdragon 875. The Galaxy S21 which the Exynos 100 achieved 1,302 points in single-core and 4,250 in multi-core department. The Snapdragon variant got 1,159 in single and 4,090 in Multi. The Mi 11 achieved 1,102 and 4,113 points, respectively. There are a lot of factors to take in account and the results may vary depending on the software, but for now, the Exynos 1000 variant is taking the crown.

Previous 50% of smartphones sold will be Chinese in Q4