This morning, the latest flagship of Xiaomi’s sub-brand, the Redmi K30S Ultra went on sale. Immediately after that, Zeng Xuezhong, vice president of Xiaomi and president of the smartphone department issued a statement, announcing a new record. In all platforms, the sales exceeded 100,000 units in one minute. 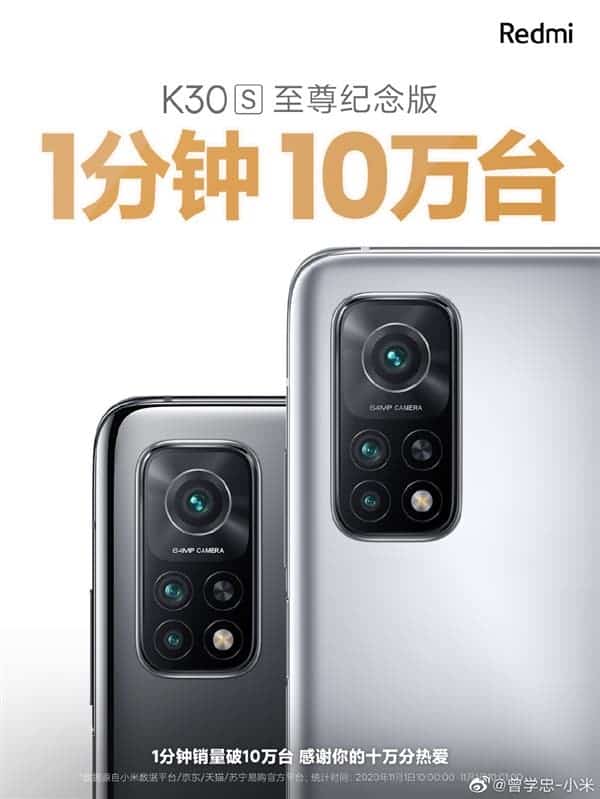 The poster shows that all platforms here include the Xiaomi stores and the official platforms of JD.com, Tmall and Suning.

Many claim that the Redmi K30S is not much popular. And this is quite surprising. But there is a certain reason behind this. As Xiaomi Pan Jiutang said, this handset is in a short supply. So not all users can get their hands on it. As a result, the phone decreases demand.

Anyway, the second butch of the Redmi K30S Ultra smartphones will arrive on November 4.

Compared with the Redmi K30 Ultra, the Redmi K30S Ultra uses a 144Hz LCD screen. In the core configuration, it uses a 6.67-inch full screen with a resolution of FHD+, a LPDDR5 memory and a UFS 3.1 flash storage. There is also a front-facing 20MP and a rear 64MP main camera + 13MP ultra wide angle + 5MP macro triple-camera. The battery capacity is 5000mAh and the phone comes with MIUI 12 out of the box. 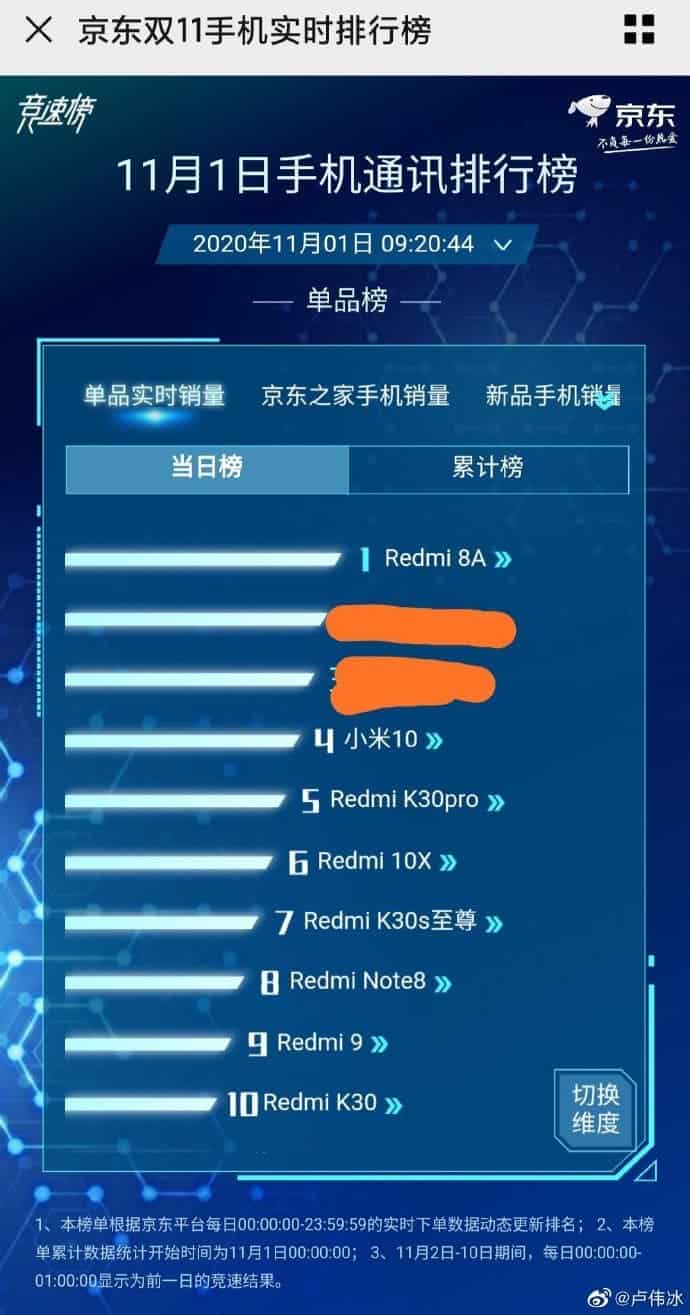 At the end, this handset has managed to enter the TOP10 in the cumulative sales of JD. In this regard, some users complained about the first sale of the K30s Ultra. Pan Jiutang responded, saying that ‘no manufacturer does not want to sell more goods.’ Then, he explained that ‘This year, natural and man-made disasters are superimposed, and the supply chain fluctuates. In the first half of the year, many companies have a pile of inventories. Now, there is a serious shortage at chip makers. No forecast made earlier this year worked.’ In other words, Huawei, which suffers a lot because of the US ban, is not the only company that can’t bring a sufficient amount of flagship models to the stores. Xiaomi and all other smartphone makers are in the same boiler as well.

Next Realme X7 Series launching in India by year-end, gets BIS certification