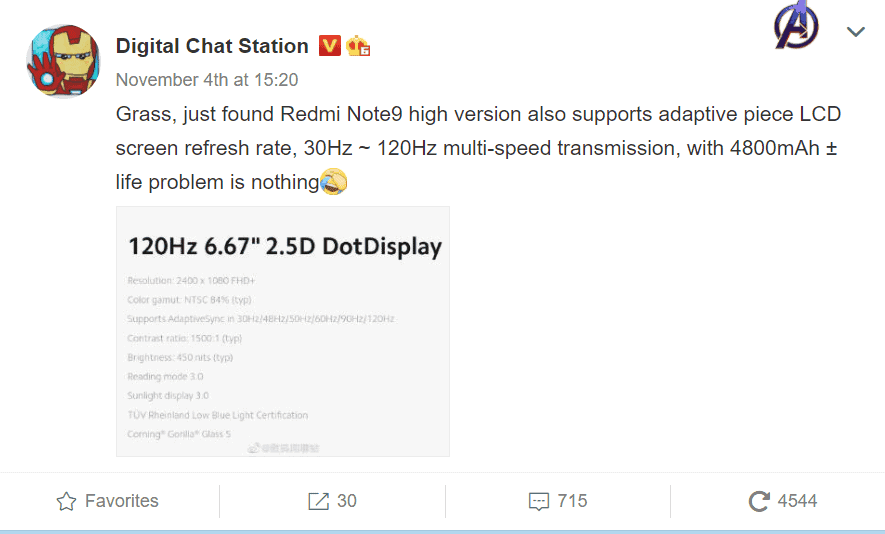 According to the latest report from @DigitalChatStation, the Redmi Note 9 series will use a 6.67 micro-curved LCD screen that supports the adaptive refresh rate. This display provides a 30Hz～120Hz multi-speed refresh rate and comes with a 4800 mAh battery.

In other respects, the screen resolution of the device is 2400 x 1080, covering 84% of the NTSC color gamut. It also has a typical brightness of 450 nits and has passed TÜV Rheinland Low Blu-ray certification. There are speculations that this is the same screen on the Redmi K30 Extreme Commemorative Edition.

It is worth mentioning that Redmi previously released the Note 9/Pro series outside China. However, the Chinese version will be very different from the global version.