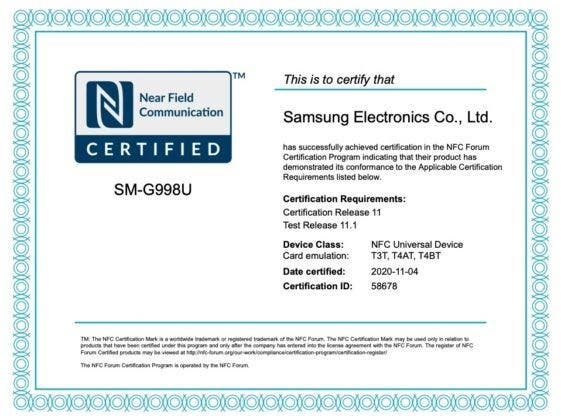 In addition, the Exynos 1080 chipset was also found on the Bluetooth SIG certification website. This 5-nanometer processor will be launched on November 12 and will succeed the Exynos 980 SoC. 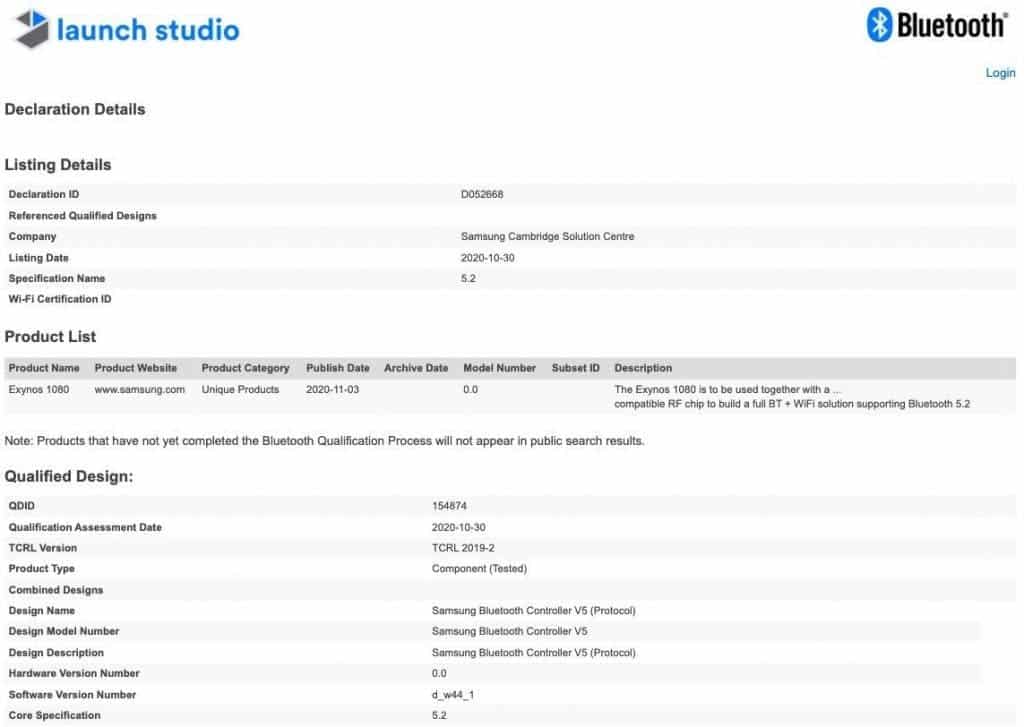 The Exynos 1080 chipset is expected to be on mid-range mobile phones instead of the Galaxy S21 series. According to rumors, Vivo X60 will debut this processor. The Bluetooth SIG certification shows that Exynos 1080 supports Bluetooth 5.2.

The Samsung Galaxy S21 Ultra will arrive with a 6.8-inch Dynamic AMOLED 2x Infinity-O display. This smartphone will also come with a 5000mAh battery as well as a 40MP front lens. The main camera will offer four sensors, where the key one will have a 108-megapixel resolution. In addition, the high-end models of this Samsung flagship series will arrive with the Exynos 2100 chipset.

In other respects, Samsung Galaxy S21 Ultra runs the stable version of One UI 3.0 based on Android 11. From expectations, this device should use a high refresh rate curved screen (144Hz probability is greater than 120Hz). It will also use a Qualcomm Snapdragon 875 chip in markets such as China and the United States. However, there are reports that the Xiaomi Mi 11 will be the first to use the Snapdragon 875 SoC in China. Other market uses Exynos 2100 SoC, the size is 165.1mm x 75.6mm x 8.9mm (including the camera protrusion is 10.8mm).

In other respects, several authoritative Korean media previously stated that Samsung will add S Pen support to the S series product line. However, OnLeaks claims that Galaxy S21 Ultra does not have a dedicated slot for S Pen. This means that the new device may adopt a design similar to the S Pen on the Galaxy Tab. What do you think about the Galaxy S21 series? Let us know your thoughts in the comment section below.

Next OxygenOS 11.0.3.4 update starts rolling out on OnePlus 8T