The tablet PC market has not been very lucrative and only a few manufacturers manage to survive. Many manufacturers pulled out of this market as a result of its poor sales. However, since the beginning of this year, there has been a surge in demand. The reason for this is not far fetched, the coronavirus. Since we had to study and work from home, there was a need for larger display devices. According to a recent report from Canalys, the PC market (including tablets) maintains its strong growth. 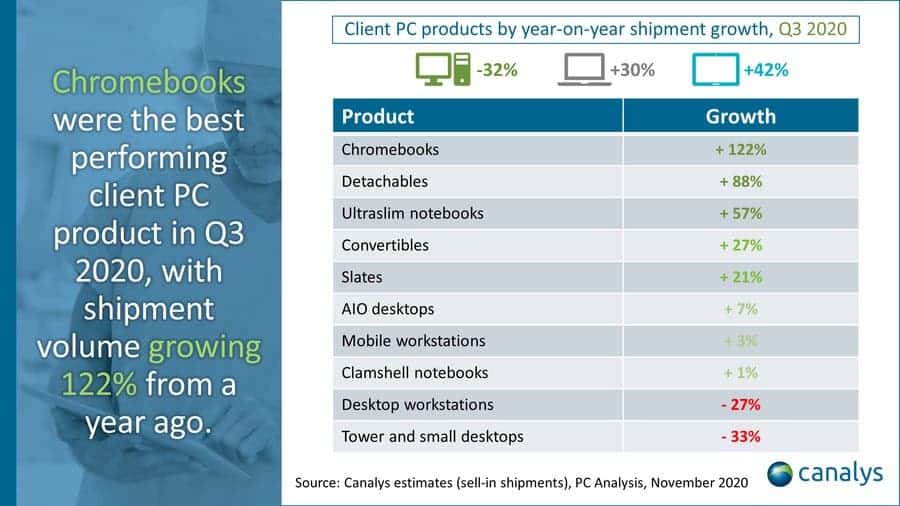 The report from Canalys details the Q3 2020 performance of the PC and tablet shipment report. For the second consecutive quarter, the growth in the tablet and PC market is strong. It records a total shipment of 124.5 million units, a year-on-year increase of 23%.

Chromebook was the best-performing client PC product in the third quarter. Its shipments hit a record 9.4 million units, an increase of 122% over the same period last year. 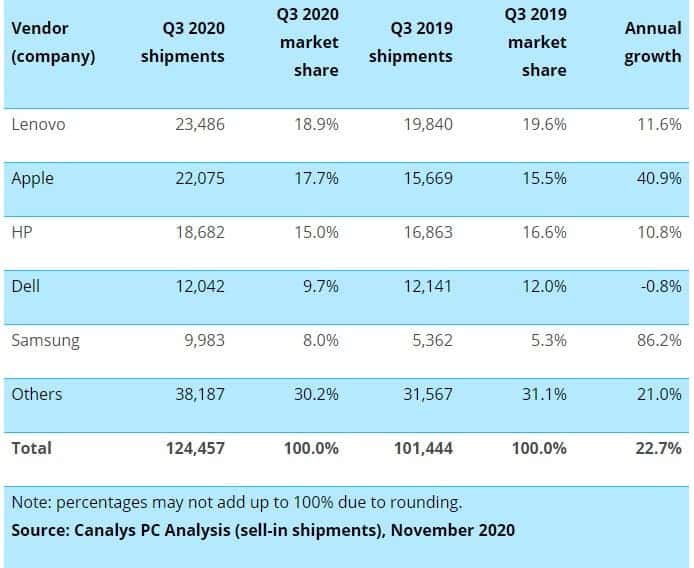 Detachable products (tablets and laptops) grew by 88% and are the second-best performing category in personal computing. In the desktop share, although the desktop market as a whole fell by 32%, all-in-one computers still grew by 7%.

In the third quarter of 2020, the global tablet computer market will grow strongly, with shipments of 44.3 million units, a year-on-year increase of 43%.

Overall, the top five tablet PC manufacturers have achieved year-on-year and ring-on-quarter growth, which is a remarkable performance given the strong shipments in the second quarter. 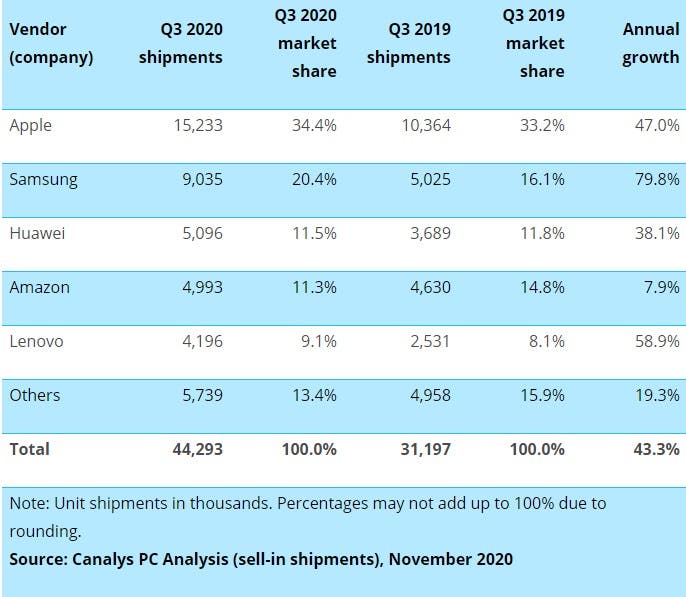 Apple still maintained its leading position with shipments of 15.2 million units, an increase of 47%. Samsung ranks second with a terrifying 80% growth rate, surpassing 9 million units for the first time since the fourth quarter of 2015. With its strong position in China and Europe, Huawei won third place with a growth rate of 38% and shipped 5.1 million units. Amazon and Lenovo rank in the top five, increasing by 8% and 59% respectively. 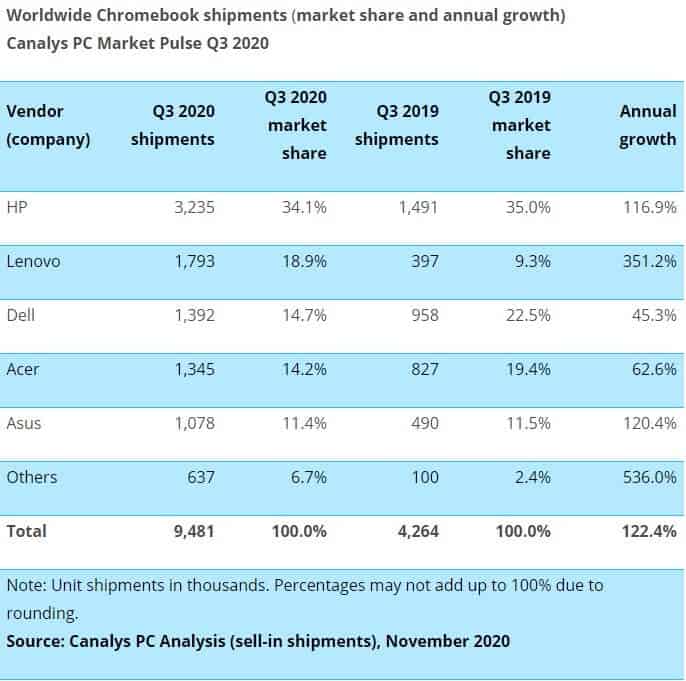 Suppliers of Chromebooks have ushered in an amazing growth rate. Hewlett-Packard (HP) led the market this quarter, more than twice its performance in the same period last year, reaching 3.2 million units, most of which came from the US domestic market. Lenovo has significantly increased its Chromebook shipments, increasing by more than 300%, ranking second with 1.8 million units. Dell, Acer, and Asus accounted for the rest of the top five, and each achieved strong growth and set a record for Chromebook shipments.

Next Bitcoin Price Exceeded $16,000 For The First Time In Three Years