According to popular speculations, the Samsung Galaxy S21 series will be official as early as January next year. This series includes the Galaxy S21, Galaxy S21+, and Galaxy S21 Ultra. Also, there are reports that this series will use the upcoming Snapdragon 875 SoC. Qualcomm will hold a Snapdragon summit next month where it will release this flagship chip. As usual, some models of this series will also use Samsung’s flagship Exynos 2100 SoC. The Exynos versions will be for specific markets like South Korea and other markets.

Read Also: Snapdragon 875: Here are all the manufacturers to use this chip by January 2021 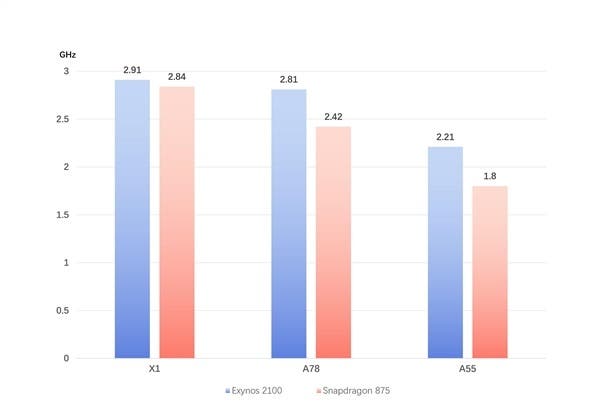 According to popular Weibo leakster @DigitalChatStation, from the prototype point of view, the Snapdragon 875 uses a 5nm process technology, with one 2.84GHz super-large core, three 2.42GHz A78 cores, and four 1.8GHz A55 cores. Furthermore, it will also use an Andreno 660 GPU. According to previous information, the Snapdragon 875 processor uses a “1+3+4” eight-core design, of which “1” is the super-large core Cortex X1, and its peak performance is 23% higher than Cortex A78.

The AnTuTu score of the SD875 shows that it is about 25% better than the SD865. Of course, all expected the Snapdragon 875 SoC to be better but we didn’t think that it will be a huge jump. According to the AnTuTu benchmark, the Snapdragon875 scores 847,868 points. It is not just impressive but unbelievable. For a comparison, Snapdragon 865 scores 663,000 points. The difference between the Snapdragon 865 and 875 about 184,000 points. It is not common to see a difference this big after just one generation. Hence, it’s a big jump for Qualcomm and this will be a good selling point for this chip.