Xiaomi’s sub-brand, Redmi, is doing quite well since it went independent early last year. According to a recent announcement from the company, it has shipped over 140 million Redmi phones globally. Information from market research firm, Omdia, shows that the Redmi Note 8 series is one of the best selling Redmi phones. As of October 2019, the Redmi Note shipment hit the 100 million milestones. By the end of March 2020, the total shipment of Redmi phones was 110 million units. If you look at the current records, between October last year and now, the company shipped 40 million phones. This shows that the Redmi brand is quite popular. 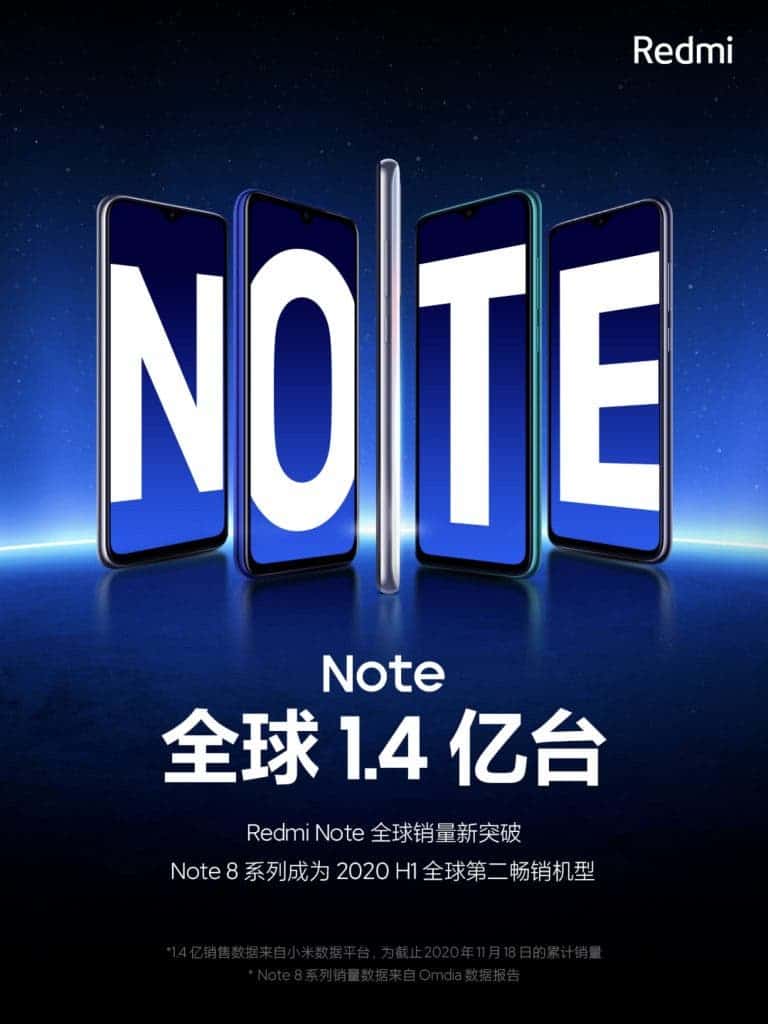 The Redmi Note9 series will include two versions – Redmi Note9 and Redmi Note9 Pro. Both models will come with a full-screen LCD punch-hole design. The maximum refresh rate of the display will be 120Hz with a touch sampling rate of 240Hz. However, there will be a difference between both models. While the standard version will use a MediaTek Dimensity 720 processor, the high version will use a Qualcomm Snapdragon 750G processor. Furthermore, the high version will probably come with a 108 Samsung camera. The sensor size is 1/1.52 inches, and the unit pixel has an area of ​​0.7μm. It supports 9 pixels in one, which is equivalent to 2.1μm. Furthermore, it can effectively increase the amount of light and ensure good image details even in an extremely dark environment.

Specifically, the speculated launch date for the Redmi Note9 series is November 24. However, there is no confirmation of this date. In terms of the price, this series will start at 1000 yuan ($153). This will make it the cheapest smartphone with a 108MP camera.