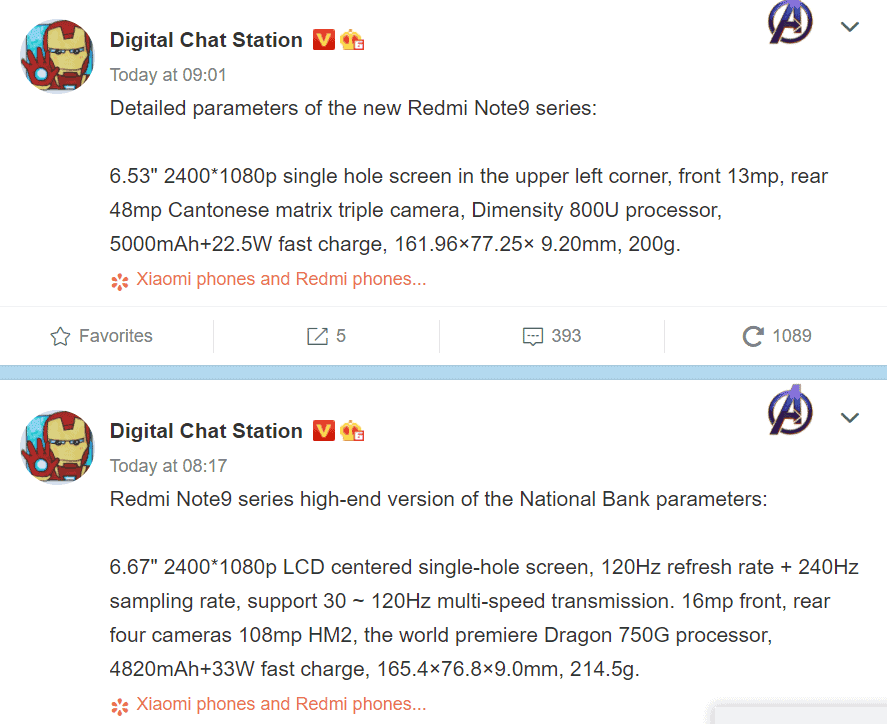 According to him, the regular version of this series will come with a 6.53-inch display which has a 2400 x 1080p resolution. The display will have a single punch-hole screen in the upper left corner. We will also have a 13MP front camera as well as a 48MP main rear sensor in a Cantonese matrix triple camera setup. This device will come with a Dimensity 800U processor as well as a 5000 mAh battery that supports a 22.5W fast charge.  The Redmi Note 9 regular version will have a dimension of 161.96 × 77.25 × 9.20mmm weighing 200g. ​​​​

As for the Redmi Note 9 high version, here are what we should expect

This Redmi Note 9 high version (probably Redmi Note 9 Pro) will be the first smartphone to use the Snapdragon 750G processor in China. The 100-megapixel Samsung HM2 sensor is 1/1.52 inches in size, with a unit pixel area of ​​0.7μm, and supports 9 pixels in one (equivalent to 2.1μm). It is worth mentioning that Redmi previously released the Note 9/Pro series outside China. However, the Chinese version will be very different from the global version.