But in terms of GPU, Kirin 9000, with its 24-core Mali-G78’s full-level performance, actually beats the Snapdragon 875 and has the potential to turn over. Apple (Bionic), Huawei (Kirin), and Qualcomm (Snapdragon) have all used TSMC’s 5nm process to manufacture a new generation of SoC. Kirin 9000 has achieved a big leap in GPU. So in the face of Snapdragon 875, does Kirin 9000 have a chance to win? Let’s take a look. 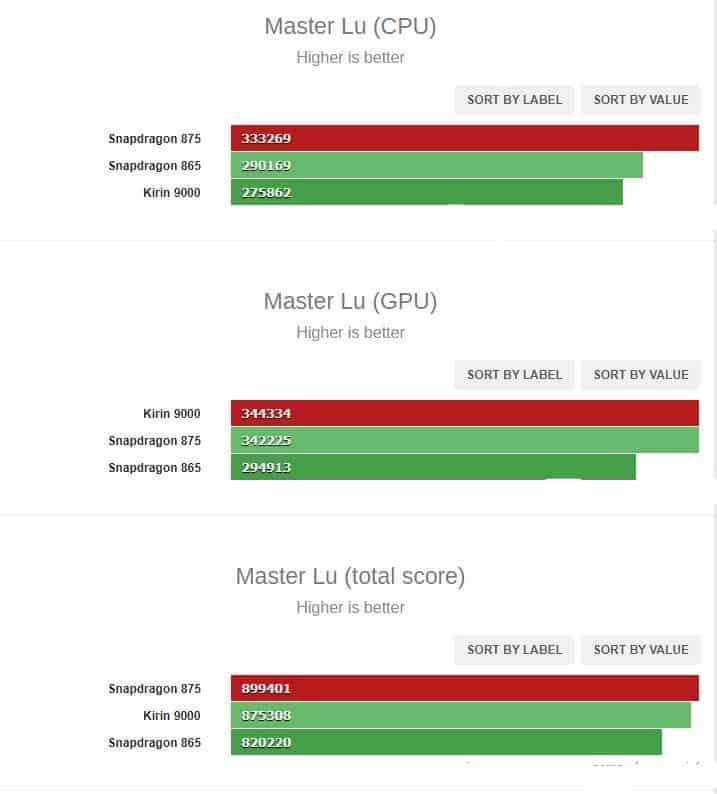 The chart above shows that the performance of the Snapdragon 875 leads the Kirin 9000 by 20%.

First off, the Snapdragon 875 uses an engineering model. This means that the final version can be significantly different from what we have now. It could be better or less. Sometimes, higher performance is not feasible so the manufacturer has to water things down.

It is important to note that the CPU used in the test is a comprehensive score. It is not very accurate to look at the total score. The more reliable thing to do is to look at the sub-item score. For the daily applications of mobile phones, the performance of a single core determines the daily experience.

So what is the single-core advantage of Snapdragon 875? 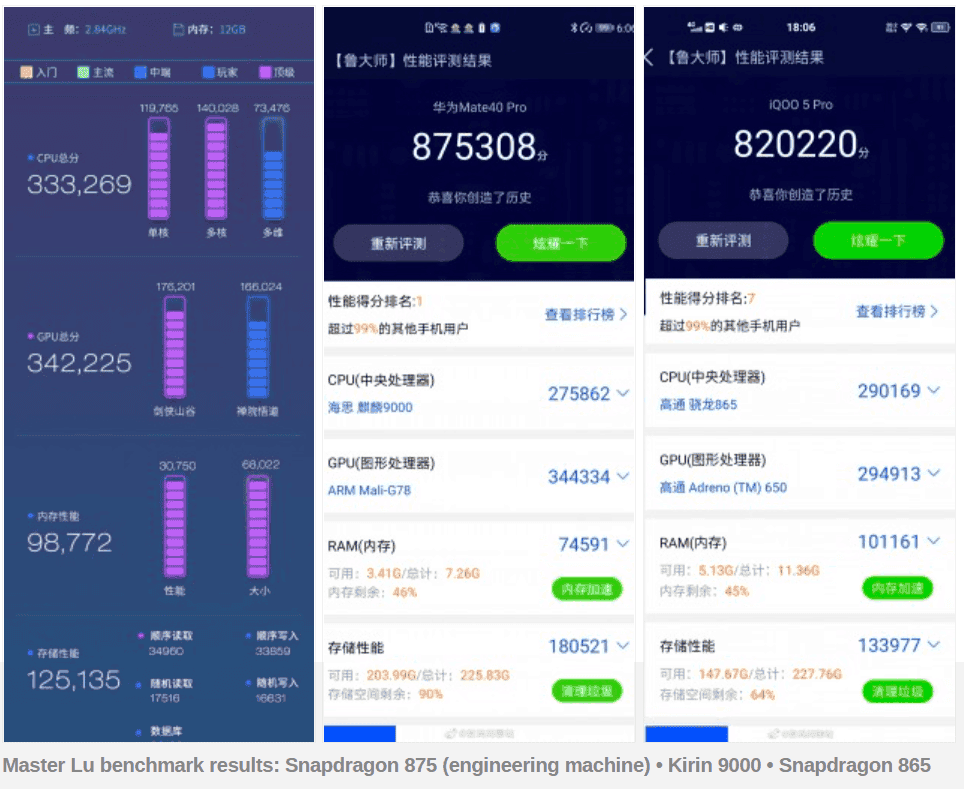 Let’s take a look at the individual scores. From the information given by the test software, the single large core used by the Snapdragon 875 is 2.84Ghz. The frequency of this large core is much lower than that of Huawei’s large core 3.13Ghz.

However, the core of the Snapdragon 875 should be the X1 enhanced with A78 technology, and the specifications are much higher than that of the A77. Therefore, although the frequency is behind, the actual performance is still very strong.

In terms of GPU, Kirin 9000 has made a huge leap. With the latest MaliG78, it uses 24 units, and it has also pulled a high frequency of 750mha. Compared with the previous generation Kirin 990, the performance has been greatly improved. It should be pointed out that although TSMC’s 5nm process is an improvement over 7nm, it is still somewhat difficult to suppress 24 high-frequency G78s.

Therefore, the Kirin 9000 will run at a reduced frequency in an actual portable environment (without a fan and without a power supply). The performance is slightly higher than that of the 865, and the power consumption is also well controlled.

Does Kirin 9000 have a chance to challenge Snapdragon 875?

Yes, the Kirin 9000 has a fair chance of competing with the SD875. However, it is most likely that it will be a step behind as were its predecessors. Due to the ban on Huawei, the stock of Kirin 9000 is not much. By the time the Snapdragon 875 sells hot in 2021, Huawei may not be able to sell many Kirin 9000 phones. The performance gap between Kirin 9000 and Snapdragon 875 does not affect the user experience. In terms of sales, Kirin 9000 will not be bad. A more optimistic estimate is that the current situation in the U.S. general elections may change a couple of things.

The Kirin 9000 adopts an octa-core design and uses a 5nm manufacturing process. It has a 3.13GHz A77 super core, three 2.54GHz A77 large cores, and four 2.05GHz A55 energy efficiency cores. The GPU is a 24-core Mali-G78. NPU is designed with dual large cores and one small core. For comparison, the highest frequency of the Snapdragon 865 Plus is 3.1GHz. The frequency of 8 cores is lower than that of the Kirin 9000. According to Huawei, the Kirin 9000 integrates 15 billion transistors to achieve a leap-forward performance upgrade. Also, Yu Chengdong (Huawei’s executive) says that the GPU performance of Kirin 9000 is more than 50% ahead of other flagship Android phones. 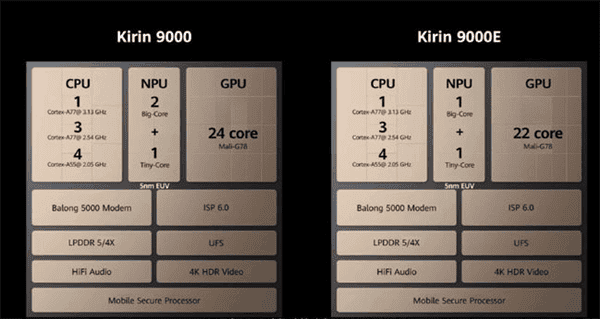 In terms of the total performance score of Master Lu, Huawei Mate 40 Pro+ has reached a new height of 900K, which has beaten other players. Taking the third-ranked Redmi K30S Ultra as an example, the total score is close to 830,000, which is nearly 70,000 points lower than the Kirin 9000.

Interestingly, as soon as the Kirin 9000 achieved Android performance, the next-generation Qualcomm flagship processor, the Snapdragon 875, emerged. The data center of Master Lu included a Snapdragon 875 engineering test machine. The overall performance of this test machine was 899,401 points, and the total score of CPU+GPU reached 675494 points.

Irrespective of the sentiments we share, we will have to wait for the final version of the Snapdragon 875 before we can have a decisive judgment. For now, the SD875 is looking very good. If Qualcomm has no reason to water down its performance, then the Kirin 9000 may lag in terms of overall performance. However, it will be ahead in the GPU segment. For all enthusiastic tech fans, we prefer a level playing ground for these competitors (Snapdragon and Kirin). We just hope that Huawei is able to sort out its issues with the U.S. as soon as possible.

Next Sony PS5 and Xbox Series X: Here are all the games you can play at launch and after