Realme Watch S runs a FreeRT-based operating system and provides up to 15 days of battery life. The price of this smartwatch in Europe is €79.99 which is equivalent to $95. As of now, the sales of this watch is active in Belgium, Germany, Luxembourg, the Netherlands, and Portugal. 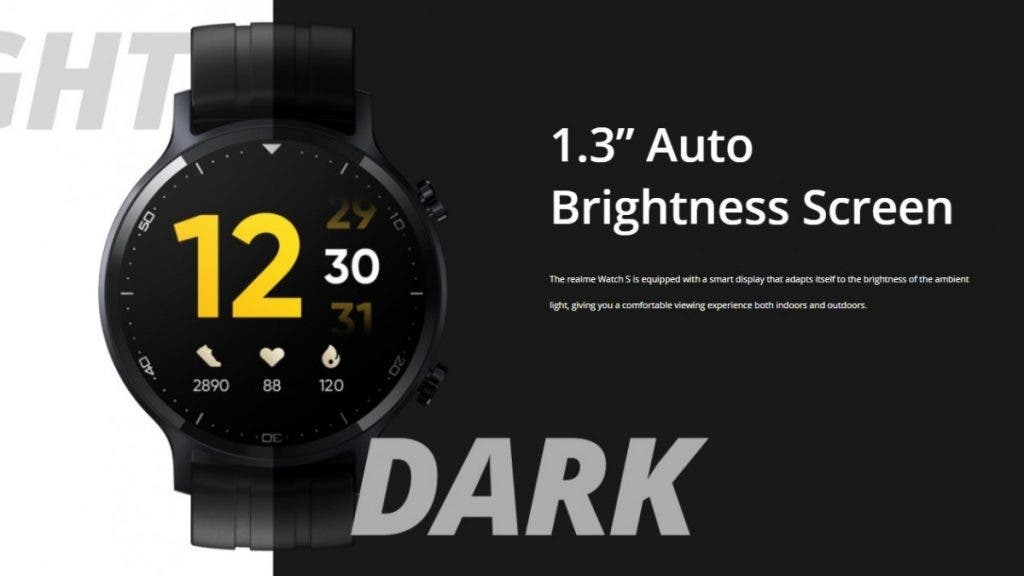 Under the hood, this device comes with a built-in 390 mAh battery that can provide up to 15 days of battery life and supports fast charging. Officially, it can be charged from 0 to 100 within 2 hours.

In other respects, the watch has a built-in heart rate sensor and blood oxygen level monitoring sensor (SpO2), and provides 16 exercise modes, including walking, indoor running, outdoor running, etc. The functions provided by this watch are similar to the original Realme Watch. Therefore, the Watch S also lacks the response notification function similar to Realme Watch.

In case you missed the launch of Realme 7 5G, here is the specs sheet of this smartphone

Previous OPPO Reno 5 To Have Three Versions With Snapdragon 765G, Dimensity 1000 and Snapdragon 865