We know that Xiaomi is going to hold a new product launch conference on November 26. At this event, the company’s sub-brand Redmi will announce at least three new smartphones for its Note line. As you know, this is one of the world’s most popular smartphone lines, selling over 140 million units worldwide. And the next-gen Redmi Note 9 series smartphones are expected to make its popularity even more. Today, the highest-version of the phone the Redmi Note 9 Pro appeared in the GeekBench benchmarking platform database.

The screenshot shows that our protagonist will come with the Qualcomm Snapdragon 750G SoC. The latter integrates an Adreno 619 GPU. The model tested by the benchmarking platform has 8GB of RAM. Looking at these features, there is every reason to think it has many similarities with the Xiaomi Mi 10T Lite. 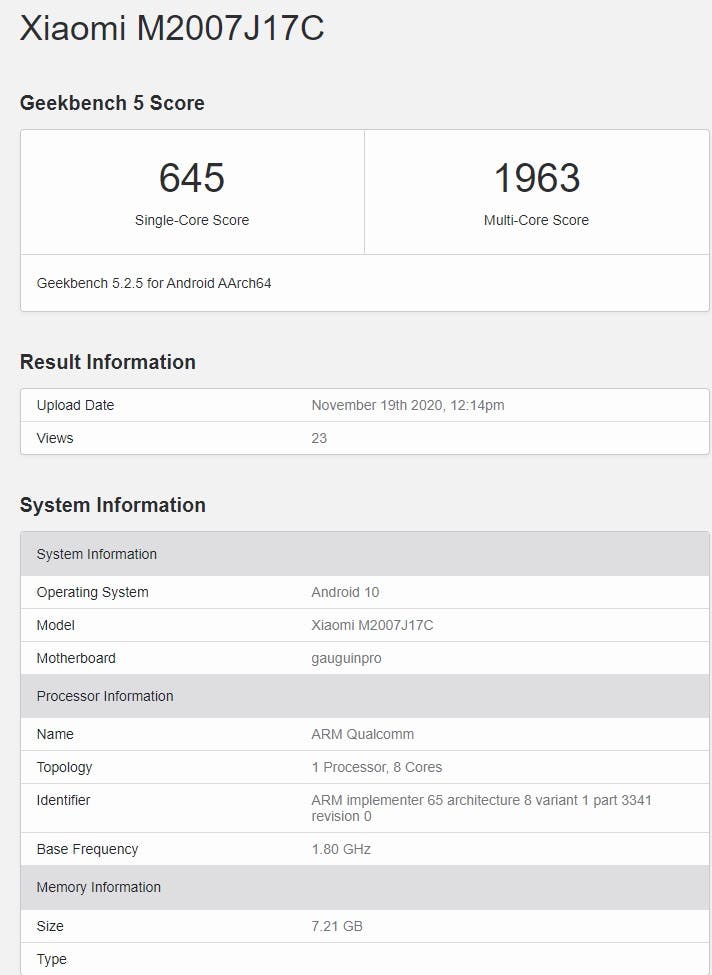 In comparison, the current Xiaomi Mi 10 Lite smartphones equipped with the Snapdragon 765G has 620 and 1819 points on the same platform.

Well, we have heard too much about this handset. And according to the current information, the Redmi Note 9 standard version uses a 6.53-inch 2400*1080 resolution single-punch screen in the upper left corner, a front 13-megapixel selfie camera, and a 48-megapixel ‘Oreo’ matrix triple camera on the rear. It will also use a Dimensity 800U processor and a built-in 5000mAh battery, which supports 22.5W fast charge. The body size is 161.96×77.25×9.20mm, while the weight is 200g.