We know that tomorrow Redmi will hold a new product launch conference. At this event, the company will announce its new Redmi Note 9 series handsets and … a smartwatch. As for the smartphones, there will be three models – a 4G phone, a 5G phone, and a Pro version. However, there have been rumors and leaks indicating we can see the fourth model as well, namely the Redmi Note 9 Pro Max. It seems we have learned about almost all selling points of this line. But can we say the same about the Redmi Smartwatch? 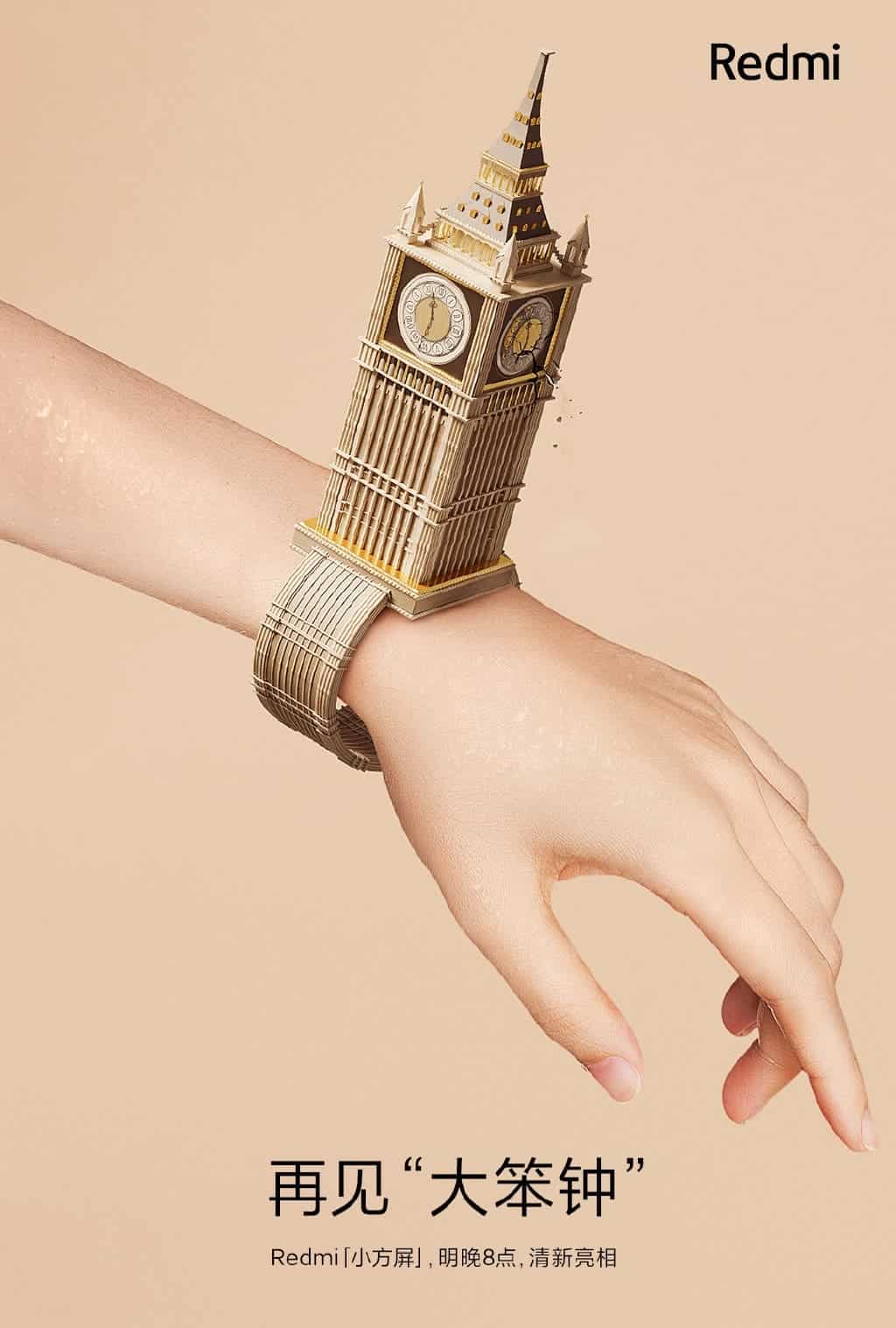 Today, Redmi released a poster saying the Redmi small square screen product is on the way. Undoubtedly, we are dealing with a smartwatch that will have a square screen design.

Unfortunately, we don’t have much information about the upcoming Redmi watch. But prior to this, a similar model got a FCC approval. It came with a codename REDMIWT02. At the moment, we are thinking these two are the same wearable product.

According to the information given by the FCC, the Redmi smartwatch has a screen size of 1.41 inches. It also comes with a built-in GPS. Of course, the watch will have a waterproof rating. The rest of the watch include a 24-hour heart rate monitoring, a battery capacity of 230mAh, Bluetooth 5.1, etc. This watch can be paired with Android 4.4 or iOS 10 and above devices.

We all know that Redmi has an ultimate cost-effective positioning. So we think the Redmi smartwatch with a square screen design will be no exception. Thus, it will be making a tough competition to the similar models on the market.

Not that long ago, we reported that a Bluetooth device with the model number REDMIWT01 has got a certification. The application unit is Xiaomi Communication Technology Co., Ltd. The certification date is July 29, 2020, and the approval code is 2020DP7139. That time, we suggested it is going to be the first Redmi smartwatch. At the same time, a well-known Weibo blogger confirmed this and said it is expected to hit the market in October this year. Also, this smartwatch should have a great battery life.

Next DxOMark: Don't buy the Samsung Galaxy Note 20 for the camera