While the first phase of the One UI 3.0 Beta Program is going quite swiftly and smoothly, the same was untrue for the second phase. Samsung ended up postponing the second phase due to critical bugs such as battery drain and frequent app crashes on Galaxy Note 10. Earlier this week, Samsung resumed the operation with its Galaxy Z Flip, and now, it’s time for the Galaxy S10 users to taste the all-new Android 11 OS.

Samsung has now opened up the One UI 3.0 beta program for the Galaxy S10 series today. The beta program is now live in various regions namely India, South Korea, and the United Kingdom. By today or tomorrow, the users in Poland and Germany might also be able to participate in the program. If you own any of the Galaxy S10 devices and reside in the above-mentioned markets, then you can sign up for the program through the Samsung Members app. 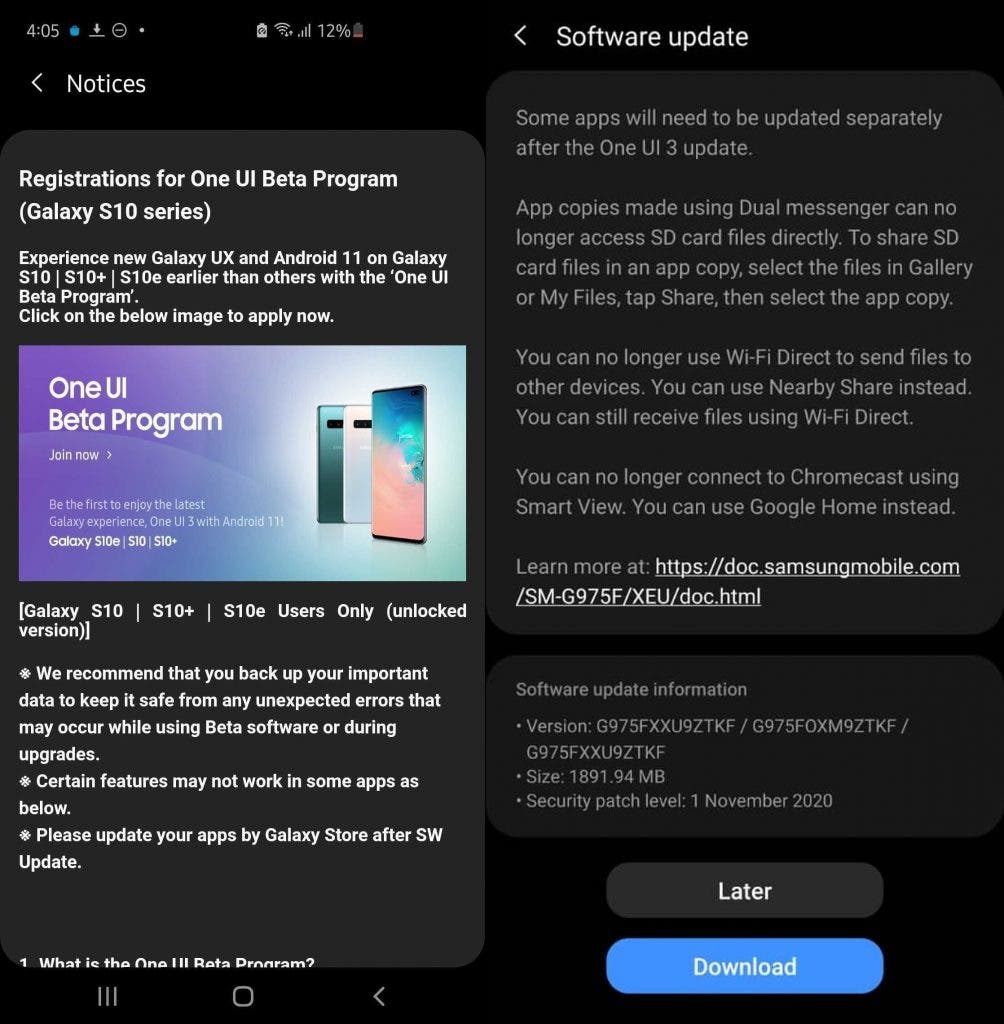 After enrolling, you should be able to download the beta update manually by heading over to Settings>>Software Update>>Download and Install. If that’s not the case, then you should try that again after a while. It is worth noting that beta firmware updates will have numerous bugs and some of them might even be critical. If you don’t like the idea of using buggy software, then you should stay away from this program.

Apart from the Galaxy S10 series, the second phase of the program consists of Note 10 duo, Galaxy Z Flip, and Galaxy Z Fold 2. With Galaxy S10 and Z Flip out of the way, the Z Fold 2 should be the next in line for the beta program. We should also see Samsung rolling out a patch firmware update to the Note 10 lineup.

Apart from resuming the second phase, Samsung has already pushed solid number of beta updates to the Galaxy S20 trio. In fact, it looks like the Galaxy S20 trio is on the verge of receiving the stable update. The chaebol promised that the stable Android 11 will hit the S20 devices by the end of this year. Well, we’re expecting the rollout to happen in the early December. Whenever that happens, we will of course keep our readers updated.