In addition to Xiaomi Mi 11 and Realme Race, a Meizu Phone will also use the Snapdragon 888 SoC. At the 2020 Snapdragon Technology Summit, Qualcomm officially released the Snapdragon 888 which integrates a 5G modem. Qualcomm revealed at the technology summit that 14 smartphone OEM manufacturers are developing smartphones based on Snapdragon 888. Today, Meizu announced that the new Meizu phone equipped with Snapdragon 888 will debut in the spring of 2021. Of course, the Spring months are March, April, and May. This means that we can see this smartphone in any of these months 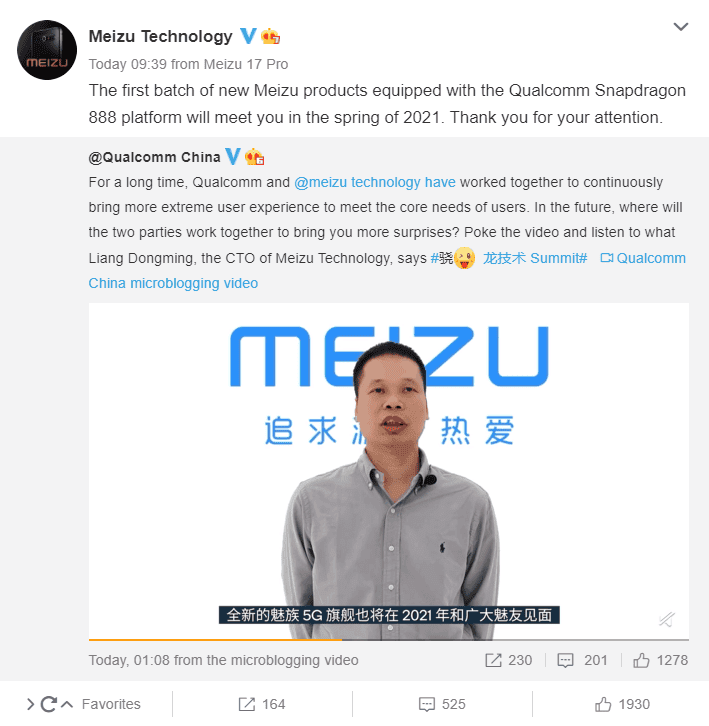 Previous Can Huawei or Honor use Snapdragon 888? See official response

Next Apple iPhone 12 smartphones are losing signal while driving