Xiaomi began updating its smartphones to the MIUI 12 version back in June – the first wave included the Mi 9 and Redmi K20 series models. At the moment, the MIUI 12 interface (based on different versions of Android OS) has already been released for 31 smartphones, which the company did not hesitate to announce in the official MIUI Twitter account. 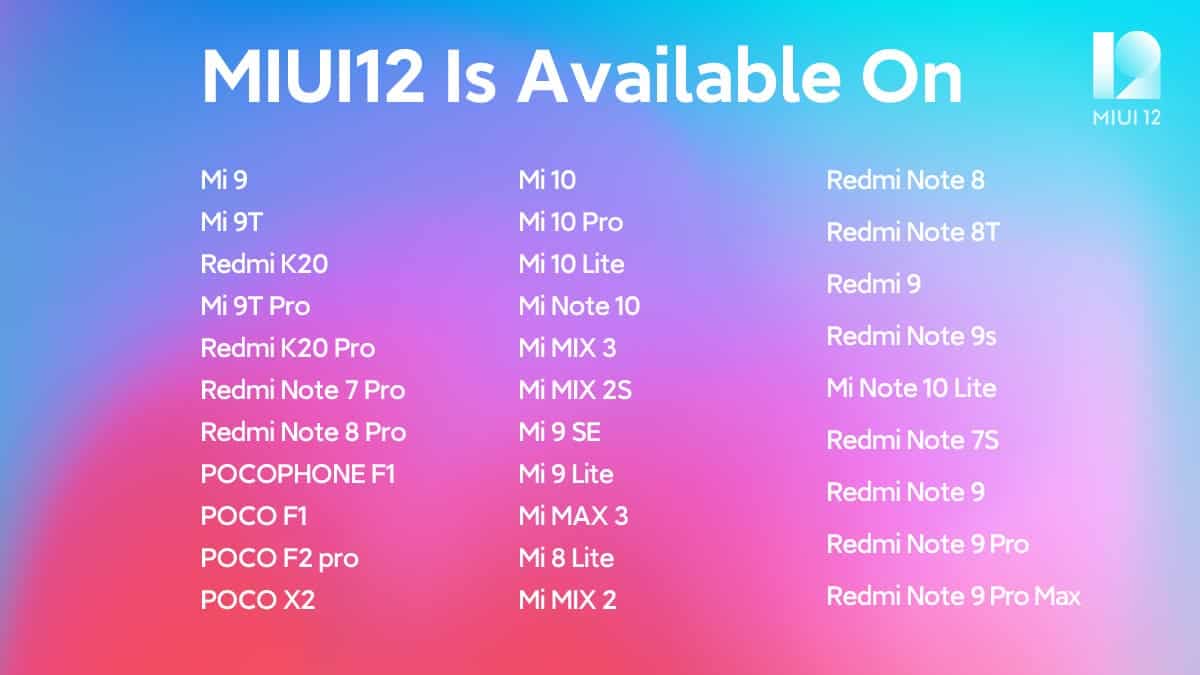 If you suddenly missed the official MIUI 12 for your Xiaomi or Redmi – check the list. However, while the most recent version of the interface covers not all models from the current ones – there are about 17 smartphones in the “waiting list”. It is not reported when MIUI 12 will be released for them, but this process will take at least another couple of months.

Here’s Xiaomi, Redmi and Poco smartphones that will get MIUI 13

As we already reported, the development of the MIUI 13 branded user interface is in full swing, while Xiaomi continues to release beta versions and stable releases of MIUI 12 for Xiaomi, Redmi and Poco smartphones.

Previously, it was suggested that beta testing of MIUI 13 would begin next summer, but a moderator in the official Mi Community under the nickname Manwex said that testing would begin much earlier, presumably right after the April presentation of the interface.

Sources have also published an alleged list of Xiaomi, Redmi, Poco and Black Shark smartphones that will receive MIUI 13.

Note that this list has an unofficial status, so it may change in the future