As we already reported, the development of the MIUI 13 branded user interface is in full swing, while Xiaomi continues to release beta versions and stable releases of MIUI 12 for Xiaomi, Redmi and Poco smartphones.

Previously, it was suggested that beta testing of MIUI 13 would begin next summer, but a moderator in the official Mi Community under the nickname Manwex said that testing would begin much earlier, presumably right after the April presentation of the interface.

Sources have also published an alleged list of Xiaomi, Redmi, Poco and Black Shark smartphones that will receive MIUI 13.

It should be noted that this list has an unofficial status, so it may be changed and supplemented. 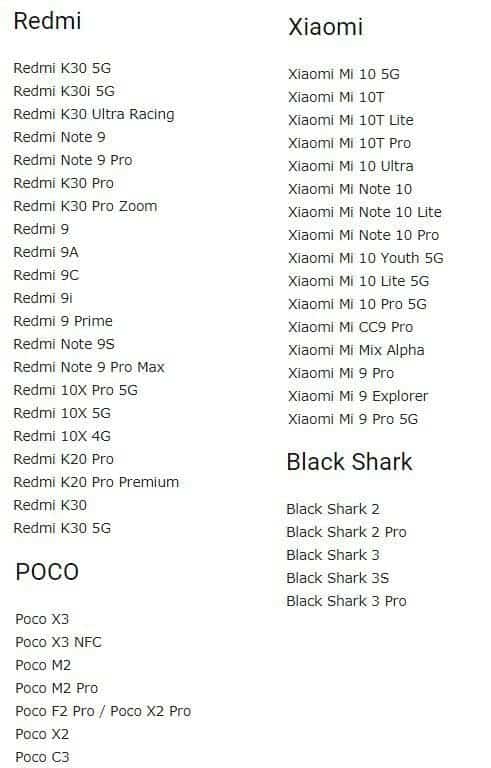 Next Tecno Pova Coming To India On December 4, Focuses On Budget Gaming