We’re reaching the second half of December, the last month of 2020. And man, what a run we had this year. However, if you think that this year is completed for us smartphone enthusiasts, you may be wrong. According to rumors, there still is a plethora of smartphones coming in the end of this year including the Huawei Nova 8 series, Huawei Enjoy 20 SE, and probably the Mi 11 series. Vivo is gearing up to unveil its iQOO U3, and meanwhile, is preparing the terrain for the highly-anticipated Vivo X60 series. A new post on Weibo has just confirmed the smartphone series arrival for December 29. 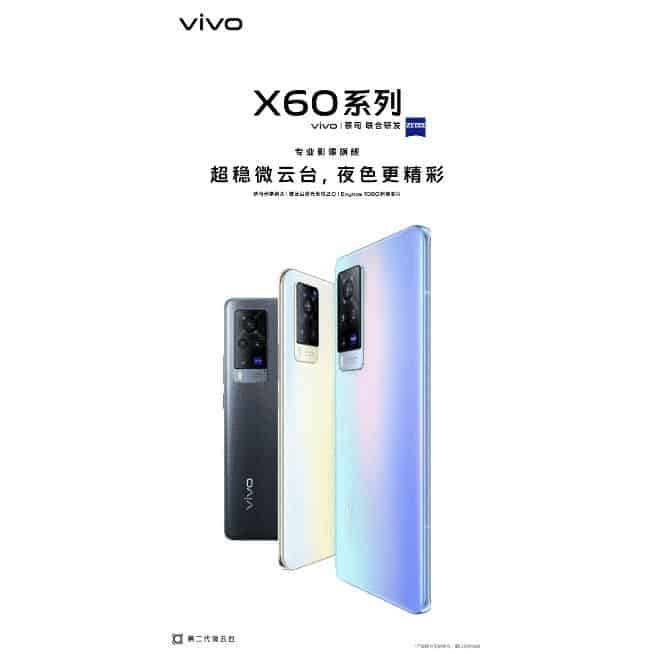 Interestingly enough, this isn’t a mere teaser as Vivo is also giving us a glimpse of the handset rear design. As we can see the camera setup is quite distinct in comparison to its predecessor Vivo X50 series. The Pro variant is expected to pack a Quad-Camera setup. The Lite variant may come with three shooters. Interestingly, all devices in the series have a similar rectangular camera shape with a big sensor in the top. Worth noting that the X60 series marks the arrival of a new partnership between Vivo and ZEISS. The optics company is working on the camera sensors. The handsets will pack Ultra-Stable Micro-Head camera sensor. It will also pack micro-panel blacklight night vision 2.0, and Zeiss optical lenses.

The first smartphones to come with an Exynos 1080 SoC

The Vivo X60 series will also debut the brand new Exynos 1080 chipset. This is the first 5nm-based chip to be developed by the South Korean giant. This is an Octa-Core chipset composed of a single Cortex-A78 core clocked at 2.8GHz + three Cortex-A78 cores clocked at 2.6GHz + four Cortex-A55 power-efficient cores clocked at 2.0GHz. For graphical tasks, this chipset brings the Mali-G78 MP10 GPU. This chipset may be present in a big part of Samsung high-end smartphones next year. It’s not common to see third-party companies using Exynos chip, but the Vivo and Samsung partnership seems to be going smoothly. 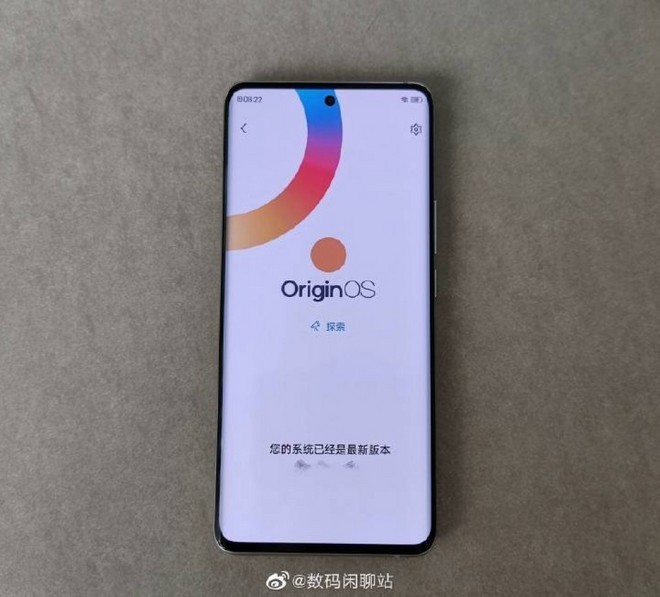 Considering that the devices will debut in December 29, it may be the last smartphone series to appear in 2020. Unless another company comes with a surprise announcement for December 30 or 30, which considering the festive seasons is unlikely to happen. Just like the Vivo X50 series, we expect three smartphones to appear. They will ship with a 120Hz refresh-rate panel with FHD+ resolution and a punch-hole selfie. We hope to see more details about its specifications in the coming days.

Worth noting that the X60 series will also mark the great arrival of Vivo’s brand new software skin – OriginOS – based on Android 11.