Remember when the Snapdragon 6xx series was exciting? The mid-range centric chipset range was quite relevant back in 2018 before the arrival of the Snapdragon 7xx series. Nowadays, the Snapdragon 6xx chipsets we have are a jack of all trades for devices in the mid-range and budget segments. For instance, the Snapdragon 662 is the new choice of many Android OEMs and it offers solid performance for everyday tasks, but nothing beyond that. Today, all of sudden, Qualcomm unveiled a new Snapdragon 678 SoC that sits as its best offering for mid-range smartphones.

Back in 2018, the company unveiled the Qualcomm Snapdragon 675. It was present in just a couple of devices like the Redmi Note 7 Pro, Vivo U20, Galaxy A70s. The newly announced, Snapdragon 678 sits as a successor for this chipset. It brings improvements for photography, connectivity, but it is not much better in terms of battery backup.

The new chipset is an Octa-Core CPU built on the 11nm LLP process. According to Qualcomm’s press release, the SoC brings just an incremental upgrade over its predecessor. The phone boasts the Kyro 460 CPU clocked at 2.2GHz whereas the Snapdragon 675 brings a 2.0GHz base frequency. The GPU is the same Adreno 612, however, Qualcomm states that it has increased the performance. Worth noting that the Kyro 460 refers to Cortex-A76 and Cortex-A55 cores.

The chipset is enough to hold FHD+ resolution with a 10-bit color depth. In the camera department, it has a 14-bit Qualcomm Spectra 250L ISP. This supports a single camera up to 192MP and a single/ double camera build with MFNR up to 25/16MP respectively. The company further states that its third-gen Qualcomm AI engine supports camera features like portrait mode, low-light, laser auto-focus, 4K video at 30fps, 5x Optical Zoom, Slow-mode, and more. It also supports HEVC and has accelerated EIS support.

The new GPU has been optimized for Unity, Messiah, NeoX, and Unreal Engine 4. It should offer enough performance for demanding games in low to average settings. 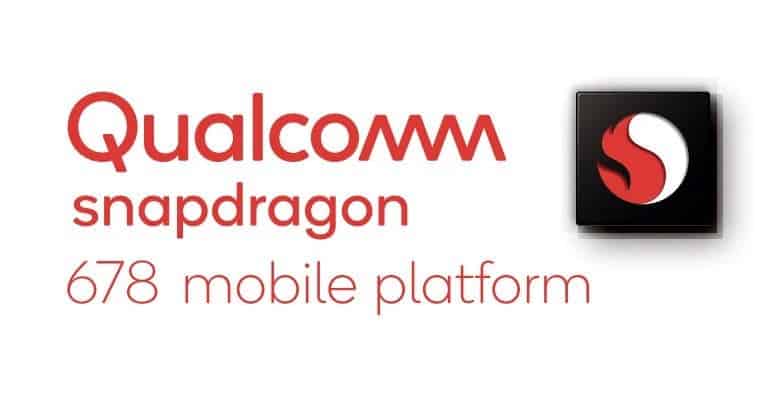 We should see the first devices coming with it in the next year. Hopefully, it will be the natural choice for 2021 devices over the Snapdragon 662. Unfortunately, most OEMs tend to choose the less capable chip for mid-range phones and go with the SD7xx for devices beyond the mid-range segment.

Next Baidu is reportedly interested in manufacturing electric vehicles