Microsoft this fall released the Surface Duo smartphone with two displays and the Android operating system, which is currently only available in the US.

In November, it was reported that Microsoft was planning to launch Surface Duo in other regions, starting in the European market. Now Microsoft has officially confirmed that the company plans to launch its dual-screen phone in Canada, the UK, France and Germany in early 2021.

The smartphone turned out to suffer various problems, the frame around the charging connector often cracks, and information about a weak signal and high latency in data transmission also appeared. Hopefully, Microsoft will fix these issues by the European release of the device.

Surface Duo buyers get two 5.6-inch screens each. The resolution of each panel is 1800 x 1350 pixels, the total resolution is 2700 x 1800 pixels. The smartphone is built on the basis of the Snapdragon 855 SoC. The battery capacity is 3566mAh, there is support for 18-watt charging. The case has a thickness of 4.8 and 9.6 mm when opened and folded, respectively. The camera resolution is only 11 megapixels. The smartphone received stylus support, but lacks NFC and 5G support. It is hard to believe that it can compete with smartphones with flexible screens, which are gradually gaining popularity. 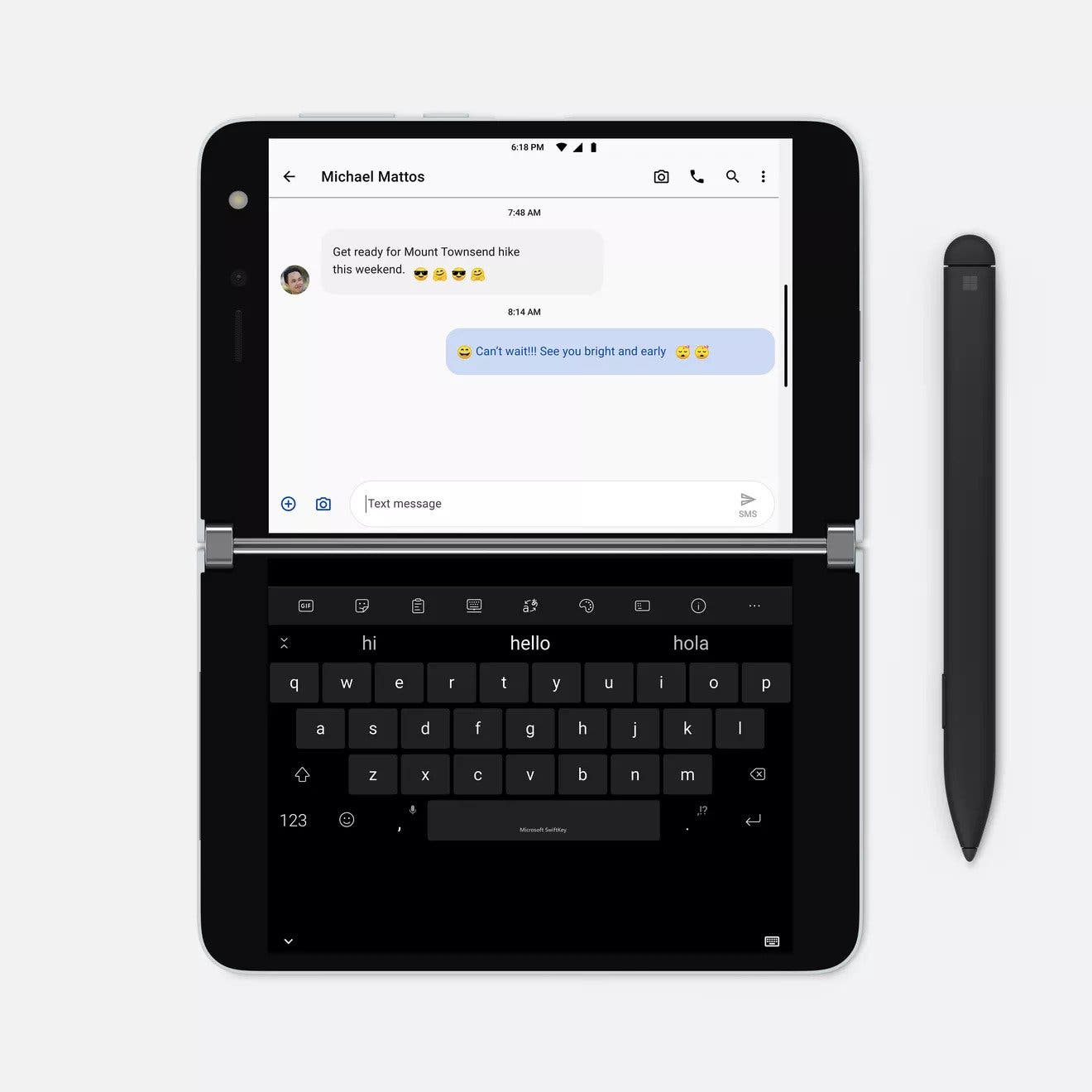 The device with 128GB storage now retails at $1199. But if you need extra storage, the 256GB variant also got the same price cut and now retails at $1,299. It’s not too expensive if you want to make an entrance in a “foldable-like” device. However, according to a previous report, the device does not have the best build quality as a foldable device. Moreover, it’s not really easy to repair. We don’t expect any of these foldable devices to come with an easily repairable build anyway. For that reason, Microsoft is giving a step further by offering an Accidental Damage Coverage plan. It costs $200 and covers all mechanical and accidental damage for two years. Recently, users were able to get the device and a long warranty that covers accidental damage for the old price.

Previous Samsung may not cancel the Galaxy Note lineup after all

Surface Duo and Duo 2 get Android 12L with improvements