Huawei recently released its Harmony OS 2.0 beta (developers version) and this system is currently available for some Huawei phones. This system is already quite popular on other devices (non-smartphones). Today, Huawei officially announced that it will release a new Smart Screen product on December 21. The official poster of these devices gives us a clue on what to expect. The poster has phrases like “why can you change the channel without the remote control?”. It also reads “Why you don’t need to look at the phone when playing on the phone”. Also, we have the phrase “Why can I call without the phone?”. These phrases imply that the smart screen will be deeply integrated with the phone. 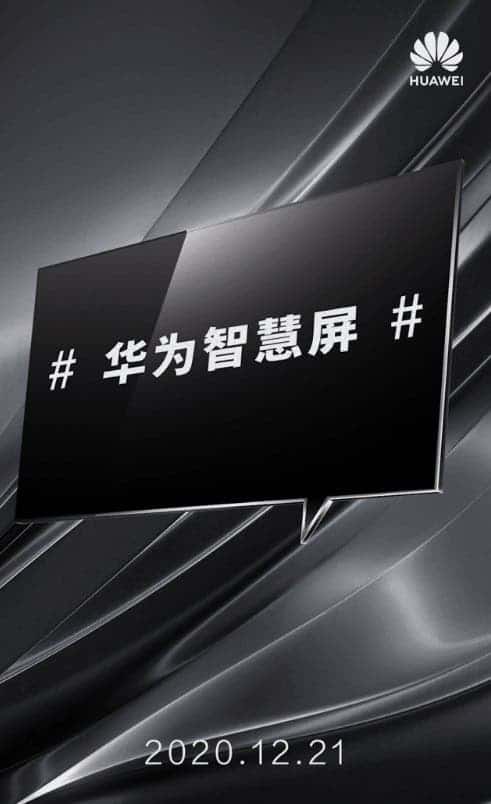 According to previous reports, the Huawei Smart Screen S series will have a 55-inch 60Hz display. It will also come with 3GB of RAM and 32GB of internal storage. In April this year, Huawei released a new smart screen V55i. This device comes with AI smart eyes, support for HUAWEI Share smart multi-screen, Huawei Sound smart audio, and other functions. Its starting price is 3799 yuan ($581). In addition, at the end of September this year, Huawei stated that Huawei Smart Screen will be the first batch of terminal products to upgrade the HarmonyOS 2.0 system.

Technically, Harmony OS is just a change in the bottom layer of Huawei’s previous system. This means that Android + EMUI will now work as Harmony OS2.0 + EMUI. According to Huawei’s official website, users on the HarmonyOS Beta version can roll back to the EMUI 11 stable version. This can be done using Huawei Mobile Assistant (HMA).