Qualcomm announced tonight the results of a number of industry comprehensive benchmarks for the Snapdragon 888 5G mobile platform. The processor’s AnTuTu running score reached 730,000, and Geekbench single-core score is 1135 points, while the multi-core score is 3794 points. 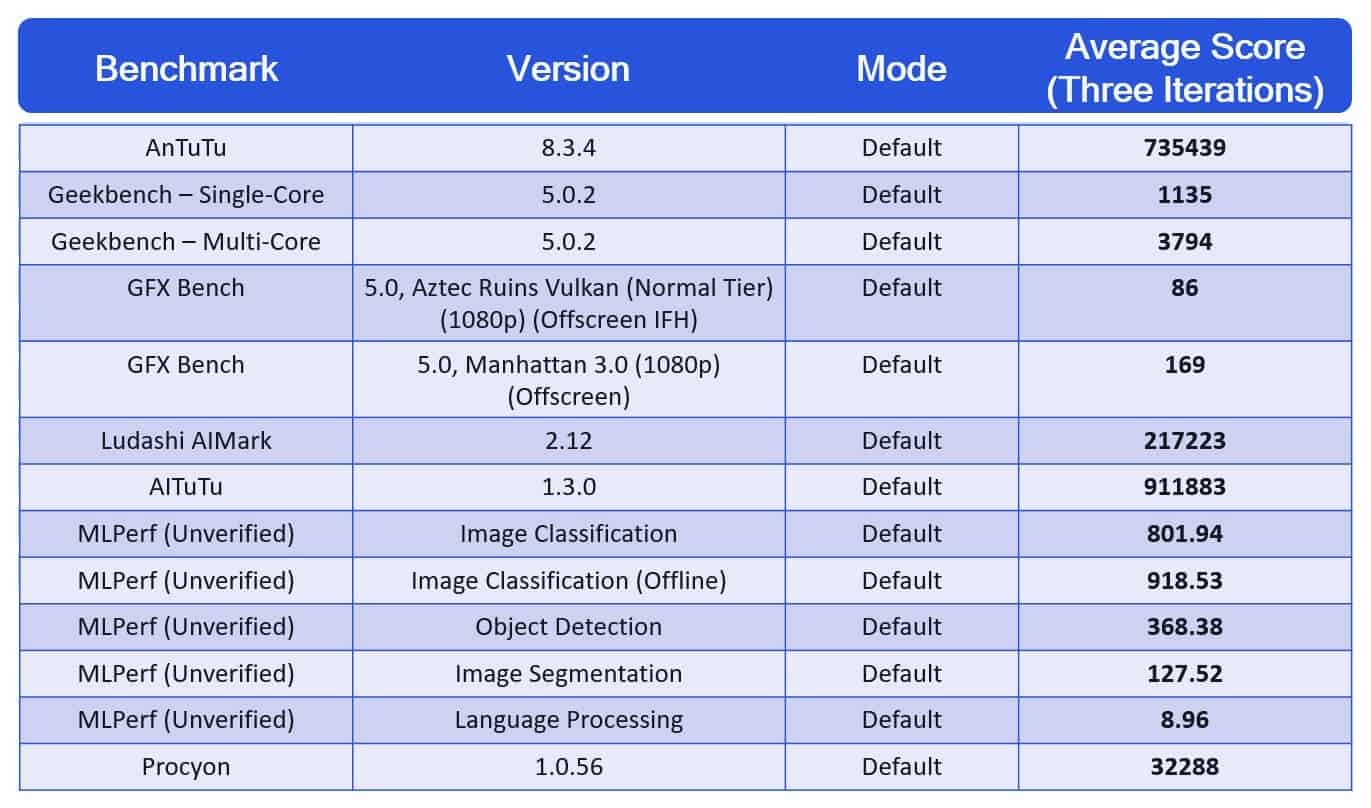 In these tests, the Snapdragon 888 did not surpass Apple’s A14 Bionic chip. Although the API is different and the two achieve similar frame rates in the Manhattan GPU benchmark, the Snapdragon 888 did not perform well in the Aztec test. Apple’s A14 processor only won by 7% in the CPU multi-core results. But in the single-core test, it expanded the lead to a staggering 41%.

According to Qualcomm Technologies, these benchmark tests can only test some use cases and cannot fully reflect other experiences enabled by the Snapdragon mobile platform, such as connection, camera, video, audio, battery life, and charging speed. These tests were made using the Snapdragon 888 reference design. The Snapdragon 888 reference prototype is equipped with 12GB LPDDR5 memory, 512GB flash storage, 3780mAh battery, and 6.65-inch 2340×1080/120Hz screen.

During the test, Qualcomm runs three rounds of each benchmark test and takes their average value. Qualcomm said that in the process of running all the benchmark test procedures, the Snapdragon 888 reference design uses the default settings. These are the settings for the user’s daily use, taking into account performance and power consumption.

The Qualcomm Snapdragon 888 5G mobile platform uses the most advanced 5nm process. According to the official announcement, its overall CPU performance is 25% higher than the previous generation, with a maximum frequency of 2.84GHz. Also, it is the first commercial CPU subsystem based on the Arm Cortex-X1 architecture. In the GPU part, the graphics rendering speed of the Qualcomm Adreno 660 is 35% higher than the previous generation.

The sixth-generation Qualcomm AI engine includes the new Qualcomm Hexagon 780 processor. Compared with the previous-generation platform, the computing power has increased by 73%. It can achieve 26 trillion operations per second (26 TOPS). Its energy efficiency is also improved 3 times.