This post presents a rating of modern smartphones, which was compiled based on the speed of wired charging of these devices.

The second place is taken by the Realme X50 Pro, whose battery takes 33 minutes to charge. Third place went to the Oppo Find X2 Pro with 43 minutes. A few more smartphone models can charge in less than an hour, these are Xiaomi Mi 10 Pro, Huawei Mate 40 Pro, Realme X3 Superzoom and OnePlus Nord. 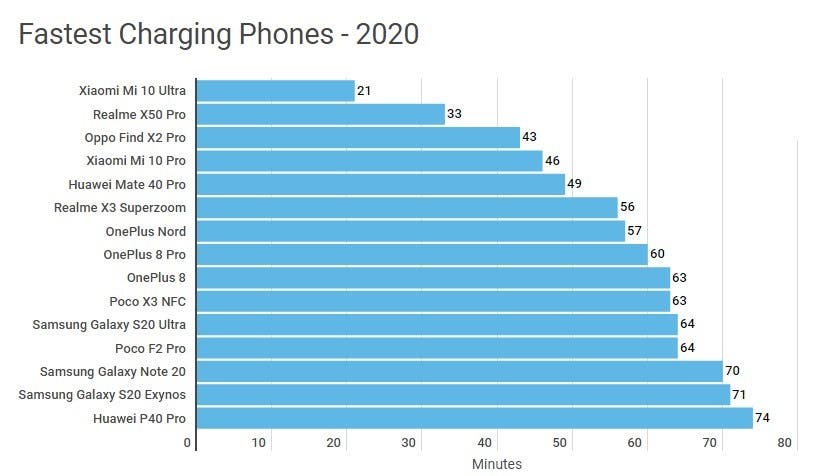 It is worth noting that there is not a single Apple iPhone on the list.

In July, Realme announced its 125W Ultra Dart fast charger. However, since the official announcement of this device, it is yet to hit the shelves. However, it appears that this device will launch in Europe soon. According to a tweet from Realme’s CEO, Madhav Sheth, this device may first arrive in Europe. 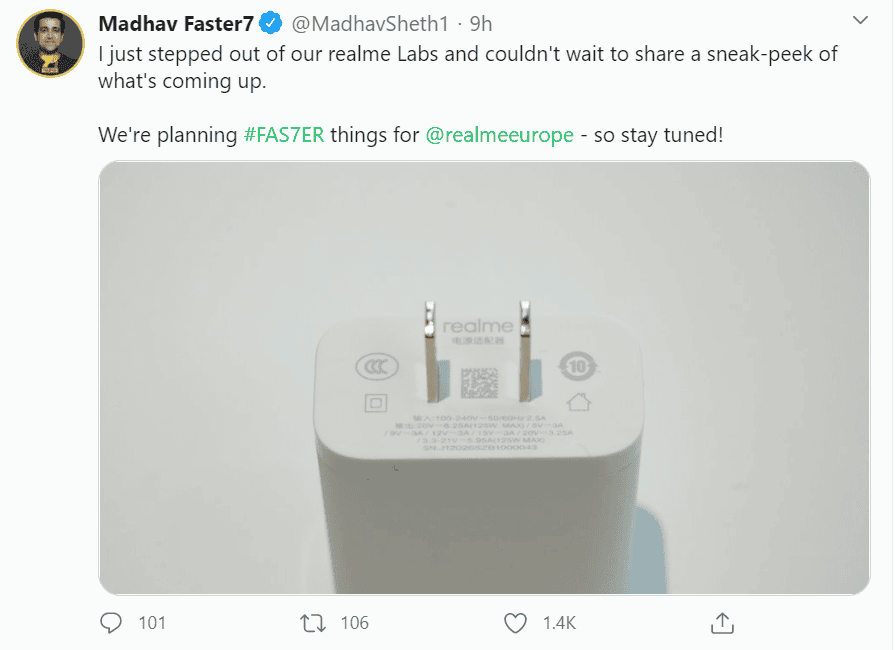 We can see from the image that this charger will support 100 – 240V. This implies that it will work globally. The image also reveals that the plug of the charger is an American/Chinese plug. Of course, the maximum power of this charger is 125W. Nevertheless, the Realme 125W Ultra Dart fast charger also supports other lower charging capacities.

It is worth mentioning that the new Realme Q series will be officially released on the 13th of next month. The smartphone will use a dual-cell 65W flash charging, an OLED punch-hole screen, and support for an on-screen fingerprint sensor.

Previous Microsoft will bury passwords in 2021

Researchers are preparing solutions to charge batteries quickly and safely

All Chinese companies are working on a single fast charging standard