The developers of the well-known benchmark AnTuTu have released a new ranking for the fastest-charging smartphones.

The ranking is based on how long it takes to charge the phone from 5% to 100%. In other words, the charging time decreases with list position. Smartphones with fast charging capabilities of 120W or more are available in the ranking.

Users’ needs for “fast charging” of mobile phones have obviously changed. In the past, everyone may just hope that the mobile phone can be charged faster; so that they can make more calls and send a few more text messages; but now, more consumers will hope that the mobile phone can be charged in just a few minutes or ten minutes. It can charge most of the electricity, so that it can support high-energy consumption; such as entertainment and creation for most of the day. 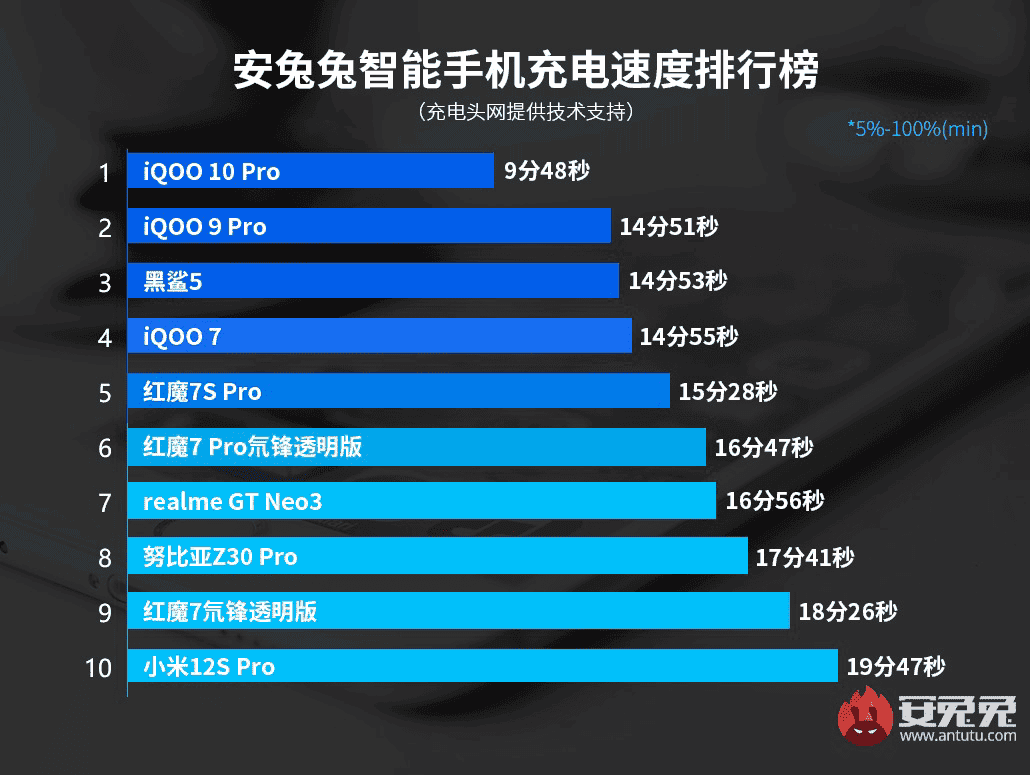 The newest iQoo 10 Pro, the first smartphone with 200-watt charging, took the top spot and made its debut a few days ago. This smartphone, requires only 10 minutes for a full charge and is creating a  new “standard” for the rating; according to AnTuTu specialists. The smartphone charging from 5% to 100% took 9 minutes and 48 seconds, according the test results.

We can see that the top ten models on the current list are all equipped with 120W; or higher fast charging solutions without exception. Among them, the top model iQOO 10 Pro launched 200W ultra-fast flash charging for the first time, so it has opened a considerable distance from competitors in terms of charging time.

In the ranking, the leader is clearly in front of the other contenders. Therefore, charging time for the iQoo 9 Pro and the runner-up Black Shark 5 is 14 minutes and 51 seconds and 14 minutes and 53 seconds, respectively.

Next Apple Pay alleged "anticompetitive" practices bring headaches in the US