The year 2020 certainly was tough for most smartphone makers due to the COVID-19 pandemic. It basically changed the way we live and consume. Unfortunately, for some customers, the electronics fell into the range of “non-essential” goodies. The smartphone market took a big hit during the earlier quarters of the year. But it started to show signs of a recovery during the three months period that starts in July and ends in September. Now, companies are hoping to see a better Q4 2020 while are preparing to start 2021 with a great wave of new smartphones. Vivo is a restless brand that is preparing a new set of devices to launch. The company will release the Vivo X60 series soon and will start 2021 with a new iQOO smartphone. However, it seems that there will also be less impactful smartphones coming. A new handset with model number V2099A was spotted on the TENAA certification database. 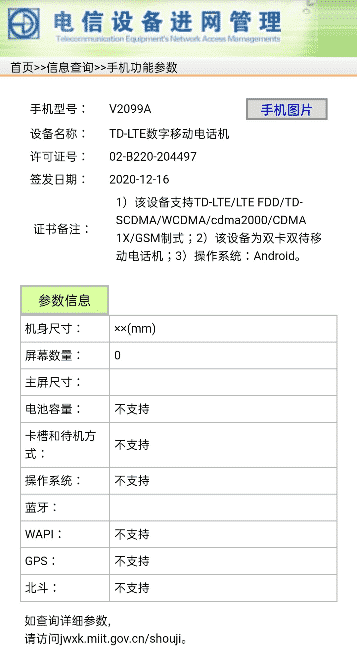 The TENAA listing is yet to be updated with more details and images. For now, it only confirms the model number and the fact that this is a 4 G-only device.

Earlier this week, the very same Vivo V2099A paid a visit to the Google Play Console listing. Furthermore, it has been certified by 3C which hints at an imminent launch for the device. Thankfully, the Google Play Console listing is enough to give us little tidbits about the specifications inside of the new handset. According to the listing, the handset flaunts a 1,600 x 720 HD+ display resolution and runs Android 10 straight out of the box. We believe that this will have a size between 6.3 and 6.5-inches. Judging the resolution, we’re looking at an entry-level smartphone, so it probably comes with an LCD. Under the hood, we have decent performance thanks to the Qualcomm Snapdragon 662. The new chipset is based on the 11nm architecture and according to reports, its performance is incrementally better than the one offered by the Snapdragon 665. Vivo is being generous in the RAM department, as the device appeared with 8GB of RAM. It’s not every day that we see a handset with SD665 coming with this amount of RAM. 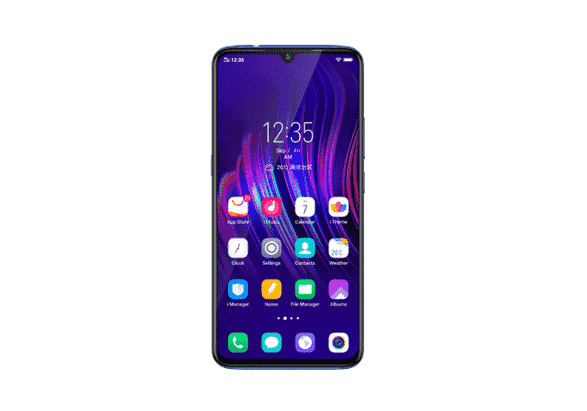 Thanks to a leaked render, we know that the display will be flat and will bring a waterdrop notch at the top for the selfie snapper. The power button and volume rocker sit on the right side. There’s a third button on the left that probably stands as an Assistant shortcut. At the top, we can see the 3.5mm headphone jack.

While the battery capacity is unclear at the moment, the 3C listing reveals that the Vivo V2099A will come with 18W fast-charging. Since this is a low-end smartphone we expect a quiet launch in China. The device may also hit other markets in the next year. We’ll keep you updated once that TENAA updates the listing with images and key specs.

Previous Here's the list of the fastest charging smartphones in 2020