Huawei is struggling to keep its smartphone business alive and dreaming due to the US ban on its software and hardware front. However, the company still is achieving good numbers in select markets. But, we’re starting to see a decline here and there. The company is making some adjustments to keep its business alive. One of the most recent ones was separating itself from its former sub-brand Honor. While Huawei keeps pushing its Huawei Mate 40 series forward, Honor is preparing its very first flagship series as a separate brand. It will come in the form of the Honor V40 series. 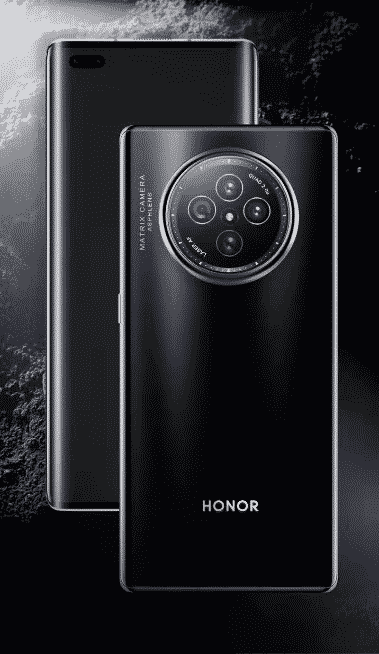 Today, an alleged render of Honor V40 surfaced on the internet. It reveals the front and rear design of the new upcoming flagship. The front is pretty much in line with other Honor / Huawei flagships. Curved display and pill-shaped dual-selfie setup. However, the biggest innovation comes in the rear camera design. 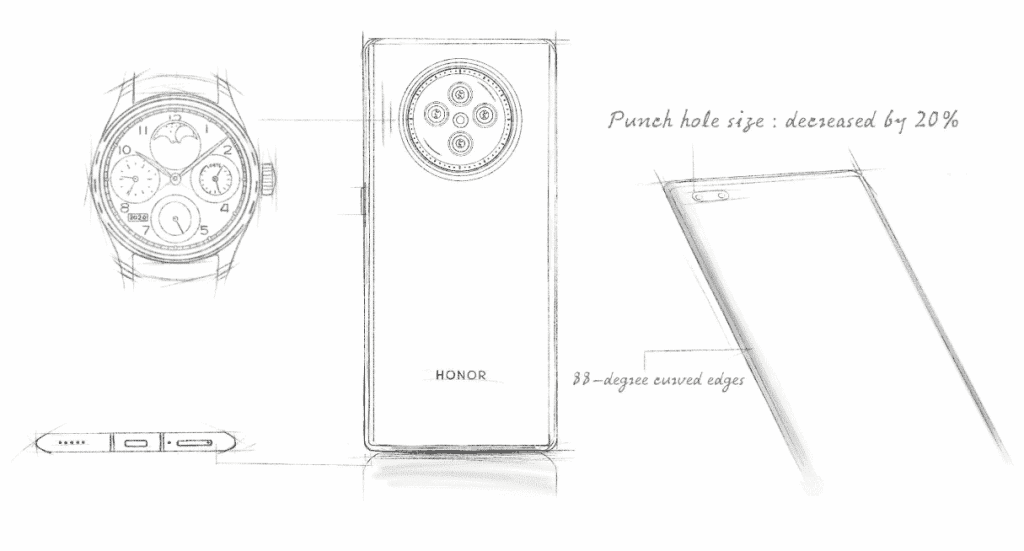 On the back, we can see a circular camera island comprising a Quad-Camera setup. Well, circular cameras aren’t new, but what lies inside is what really innovates. We have three large sensors and a small one. The biggest star here is that the module design seems to be inspired by classic elegant watches. To the left of the camera module, there is a text which reads “MATRIX CAMERA ASPHLENS”. The ASPH Lens, or Aspheric Lens, is also used by LEICA which is very known for its partnership with Huawei flagships.

Getting back to the front, we have very minimalistic bezels. Along with the render, we have a sketch image that also appeared on Weibo. It reveals that the display has 88-degrees curves. It also reveals the bottom portion of the smartphone which houses a sim-tray, a microphone, speaker griller, and a charging port, obviously a USB Type-C port. The size of the pill-shaped cutout is also decreased by 20 percent if compared with previous Honor devices.

According to rumors and leaks, the Honor V40 will flaunt a panel with FHD+ resolution and a 120Hz refresh rate. Due to the curved edges, we assume that this is an AMOLED panel, after all, LCDs aren’t very flexible. The OLED nature of the display could mean an in-display fingerprint scanner. Under the hood, the device is likely to come with a MediaTek Dimensity 1000+ chipset and it will feature a 50MP camera on the rear.

Next Xiaomi Mi MIX Alpha 2 patent: All round screen with a pop-up camera