Realme, the Chinese phenomenon has given important steps in 2020. Despite the ongoing pandemic, the company managed to expand its flagship lineup, filled the market with affordable 5G phones, and expanded its portfolio of products. Moreover, the company introduced its own software branch (based on ColorOS, in the end of the day, I know). The more important part about the software front is that the company keeps pushing constant updates for already released smartphones. The company recently unveiled the Realme 7 series, but it can simply leave the owners of Realme 6 phones behind. The mid-range series debuted earlier this year to compete with the Redmi Note 9 family and still offers a solid set of specs for its price. The Realme 6 Pro, for instance, has the same chipset found in the Realme 7 Pro, the Snapdragon 720G. Today, the company is rolling out a new firmware update that may keep owners of this device secure. 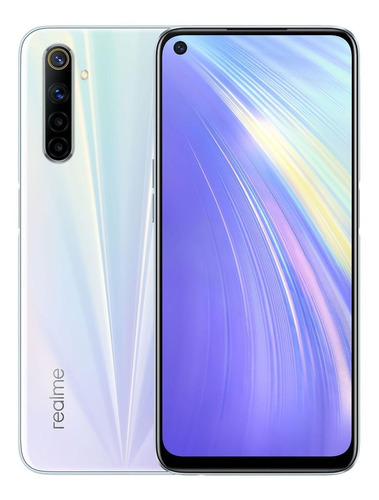 Realme is rolling out a new firmware update with build number RMX2001_11_B.53. Don’t let the “11” fool you as this still is an Android 10 based build. Worth noting that users in Europe are receiving the RMX2001EU_11_A.48 build version. The software brings a set of improvements as well as an updated security patch from December 2020. There are a set of system optimizations and other bug fixes.

In the class of bug fixes, the update addresses a certain display issue when playing videos that were happening for some users. Moreover, it fixes an issue with a flickering screen that also affected some users. The update allows you to turn off the flashlight feature while the screen-off with a short press of the power button. This isn’t a big novelty for those used to Custom ROMs, but it wasn’t available in stock Realme UI 1.0. So it’s nice to see Realme adding little things that can improve the useability of their phones.

Then come the “underhood” performance and stability fixes and improvements that come to provide a smooth software experience. Worth noting that Realme is rolling this update for Realme 6 phones in a staged manner. So it can take a few days to reach all units. You can check if you’re being contemplated with the update manually by going to Settings > System Update menu.

The Realme 6 sits as a solid mid-range contender with its 90Hz display and Helio G90T giving a good level of performance. There is a bigger brother dubbed Realme 6 Pro that has a Snapdragon 720G. At the time of this writing, the Pro variant is yet to receive the same treatment. Both devices probably are eligible for an Android 11 update.