He stated that the Huawei Nova 7 smartphones were the top-selling mobile devices in China in the third quarter of 2020, which is a huge achievement for the company. 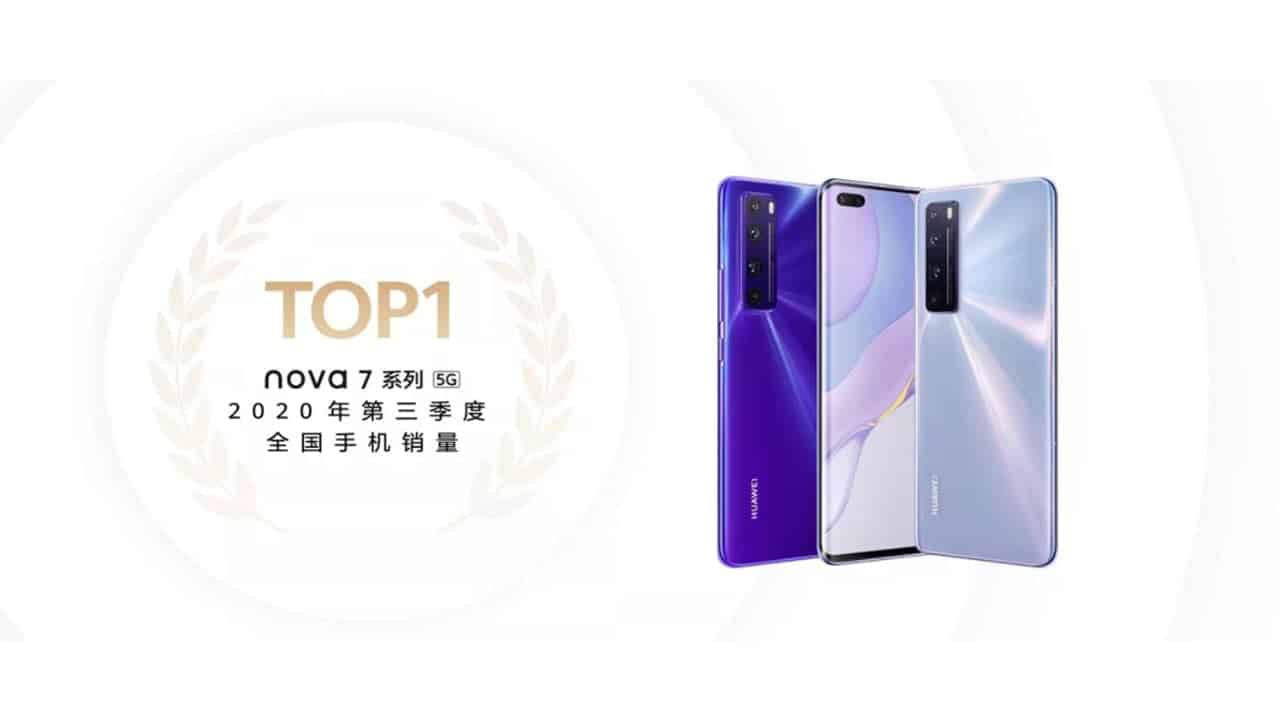 The line was released in April. The Huawei Nova 7 Pro is based on the Kirin 985 SoC, it has a 6.57-inch Full HD + curved OLED display with a built-in fingerprint scanner and an embedded dual front camera with 8 and 32-megapixel sensors.

The base Huawei Nova 7 features a 6.53-inch OLED flat screen with a single 32MP front camera, as well as a slightly simplified main quadruple-camera with 3x optical zoom.

Analytical agency Gartner has published another report on the smartphone market. In the third quarter of this year, 366 million smartphones were sold worldwide, which is 5.7% less than in the same period last year. And although the drop is noticeable, it is less than 20%, which the market fell by in the first half of the year.

Analytical agency Counterpoint Research has shared data on the study of the 5G segment of the global smartphone market in the first month of autumn. The world’s best-selling model is the Samsung Galaxy Note 20 Ultra 5G. The flagship of the South Korean company in most countries of the world is available with the Snapdragon 865 processor; but Europeans have to be content with the version on the Exynos 990. The smartphone took 5% of the market.

The top 3 includes two Huawei models. The second was the flagship Huawei P40 Pro, and the third-place belong to the mid-range Huawei nova 7. Their share was 4.5% and 4.3%, respectively. In the case of the nova 7 model, global sales can be as much as the Chinese ones; because the smartphone is not for sale outside the Middle Kingdom.

Previous Apple is increasing orders of the iPhone 12 series